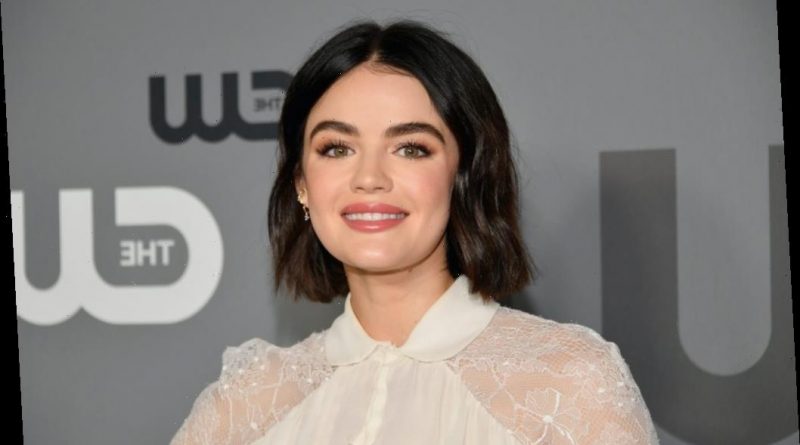 Lucy Hale is a popular American actor who has worked in a number of high-profile television and film projects. A talented singer in addition to her work in the acting field, Hale is well known to fans of the cult classic series Pretty Little Liars. Still, there’s much more to Hale than a pretty face, and over the years, the actor has opened up many times about her long path to success. Recently, Hale sat down with Wired to talk about how she had to work with a dialect coach in order to change up her natural accent when she decided to become an actor.

Where was Lucy Hale born?

Lucy Hale was born in Memphis, Tennessee, in 1989. Raised in a working-class family with a mother who was a registered nurse, Hale was homeschooled as a child, according to Biography. She showed an early talent for the performing arts and took both singing and dancing lessons. In 2003, Hale had her first brush with fame when she appeared in the reality singing competition show American Juniors. She finished in fourth place and went on to form a group with some of her fellow contestants, but the group ended up disbanding in 2005.

When Hale was 15 years old, she moved to California in order to pursue a career in the music industry. Still, it was acting that captured her interest, and she began auditioning for various TV shows and movies. A few of her early roles included parts in shows like Drake & Josh and How I Met Your Mother. It wouldn’t be until 2009 that Hale landed the part that would go on to define much of her early career.

What is Lucy Hale best known for?

In 2010, the TV show Pretty Little Liars debuted on television, starring Lucy Hale as Aria Montgomery. Critics and fans praised Hale’s work, and she appeared in the show for the entire run, until the show went off the air in 2017. Hale was nominated for a number of awards for her acting in Pretty Little Liars, and the role led to many opportunities for the young actor.

Since Pretty Little Liars went off the air, Hale has been hard at work on a variety of projects. She has hosted many awards shows and appeared in movies like Scream 4 and Fantasy Island. She has also worked on her music career, recording several Christmas songs and working with high-profile artists like Rascal Flatts.

In a recent interview with Wired, Lucy Hale opened up about her Tennessee roots, admitting that she still “loves” Memphis and that her whole family still lives in the city. She also stated that when she first moved to Los Angeles at the age of 15, she had a strong Southern accent and was advised to “lose” her accent. The actor said that she had to work with an accent reduction coach, who helped her to understand the science behind linguistics and tongue movement. “My accent reduction coach told me not to listen to my mom,” Hale laughed “because she is the sweetest, most Southern lady ever.”

For Hale, and other people who struggle to change up the way that they speak, working with an accent reduction coach could prove necessary. Some experts have pointed out that the way people learn how to speak and interpret language is literally hard-wired into our brains, and that it can take decades for someone to thoroughly lose their native accent, even with regular practice.