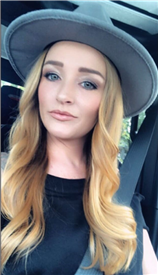 Over the course of the past decade, the Teen Mom franchise has been very good to Maci Bookout.

Not only has she been very well-compensated for her time on the show, the fame it’s afforded her has enabled Bookout to launch numerous side projects, including her Things That Matter clothing line.

But as the saying goes, all good things must come to an end — and it seems that Maci has been thinking long and hard about parting ways with the network that made her famous.

This past season focused primarily on conflicts between Maci and Ryan Edwards, the father of her eldest child.

Eventually, the situation deteriorated to the point that Ryan and his family were fired from the show at Maci’s behest.

So with her main foe canceled and her kids getting to the point where they’re aware of how strange it is that their adolescent angst is fodder for a basic cable reality show, it stands to reason that Maci would be contemplating her future.

“It’s a season to season decision but I think right now, definitely more than ever, we’re leaning more toward deciding when the right time to move on is,” Bookout said during a recent podcast interview, as reported by The Ashley’s Reality Roundup.

“And, if we do move on from the show, would it be to maybe stay in TV and just kind of go in a different direction, or do we want to kind of leave TV behind for good?” she asked.

Bookout says the decision ultimately comes down to how the show might impact her children’s development.

“Really, it all depends on how it affects our children, especially since Bentley’s in middle school, which is a tough age in general…it is getting to that time, especially for our kids,” Maci reitereated.

“If we were able to film and kind of leave the kids more for the B-roll and the funny stuff, I think we’re OK with continuing with the show,” Maci said. “But it really just depends.”

It sounds like Maci has imagined a “best of both worlds” scenario in which she and husband Taylor McKinney remain on the show, but the kids are moved to the back burner.

But she’s probably aware that MTV wouldn’t be very interested in such an arrangement — at least not for a show called Teen Mom.

At the heart of Maci’s considerations is her son Bentley, who, at age 12, likely understands much more about the situation than the other kids.

“I’ve always made it a point that he can share everything and anything with me,” Maci said.

“He will never be in trouble for it…Even if it’s something where he’s mad at me. I need to know those things and I want to know those things. But it’s really just about trust and respecting how he feels, and how any of my kids feel, really,” she continued.

“But with Bentley, [in his early years] it was always me and Bentley against the world and we’ve always just kind of held on to that,” Maci continued. “Because it was such a major time in our lives. We kind of grew up together.

“He was always with me, even if I was hanging out with my friends, like if we would go bowling or something.”

Maci says Bentley has always been mature for his age, and as a result, she’s perhaps allowed him to grow up too fast.

“I always treated him a little bit older than he was and talked to him like he was a, not like he was a baby,” she said.

“We always just had conversations. So I think that his ability to speak for himself and have mature conversations and kind of see things from multiple points of view really just comes from when he was younger, and being in my pocket all the time.”

Of course, in those early days, Maci was still a child herself.

These days, she’s an adult, and Bentley has entered his own adolescence.

We’re sure the idea of stepping away from the only job she’s ever known is daunting to Maci, but we’re equally certain that she’ll allow her love for her children to guide her to the right decision.