Home » Celebrities » Madonna performs Like A Prayer inside the Met Gala

Inside the Met Gala: Madonna performs Like A Prayer while Gigi and Gisele live it up with A-list fashion crowd

Madonna surprised guests at Monday’s Met Gala as she put on a post-dinner performance.

The 59-year-old singer appeared in the Great Hall at the Metropolitan Museum of Art walking down some steps flanked by monks.

In a clip taken and edited by Vogue the crowd can be heard cheering as the pop icon begins to belt out Like a Prayer. 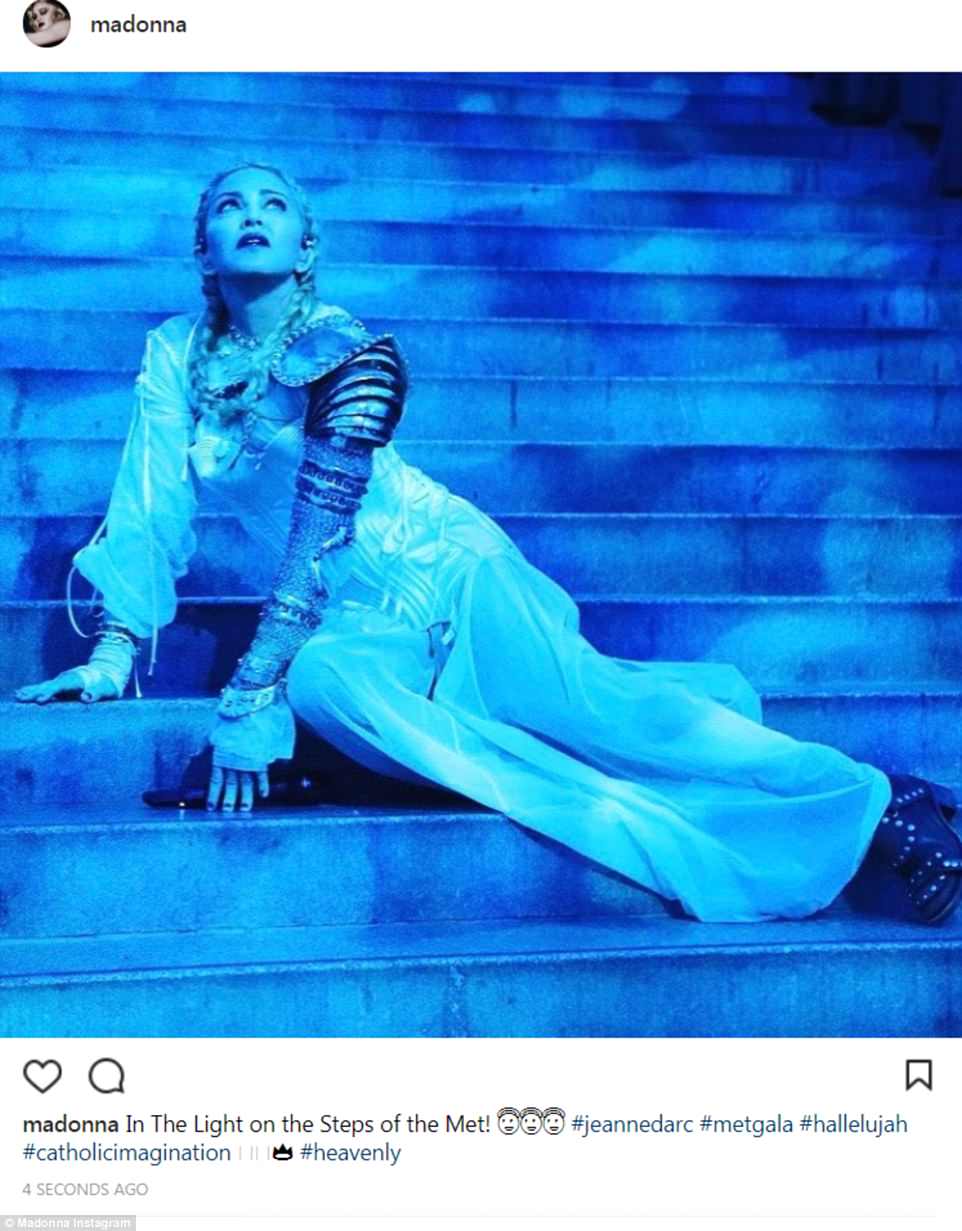 Icon: During the evening Madonna performed Like A Prayer 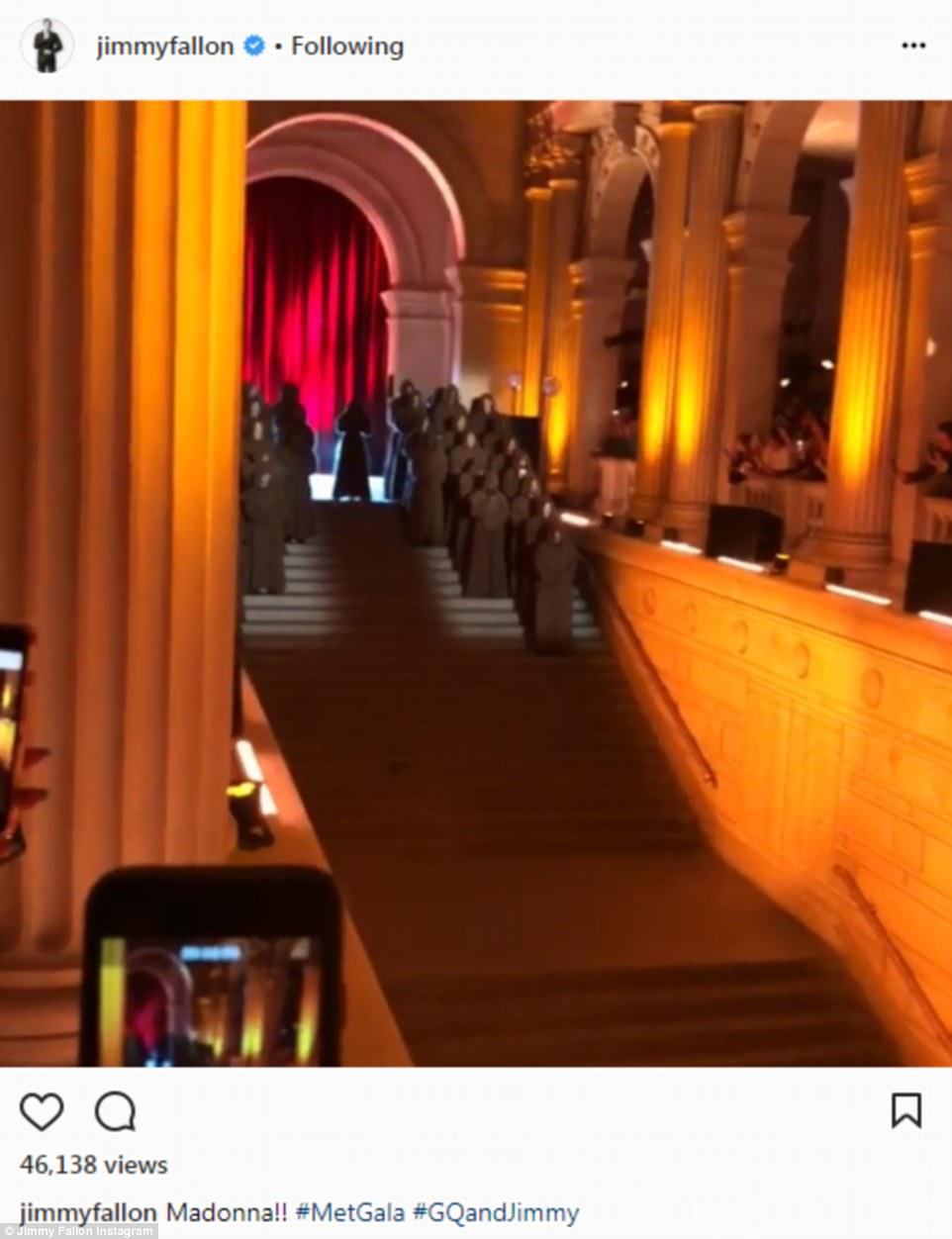 Memorable: The songstress was surrounded by monks as she performed on some steps in the museum

Taking to Instagram Madonna shared a snap of her in a white sheer dress mid-performance on the steps.

She captioned it: ‘With The Light on the Steps of the Met! #jeannedarc #metgala #hallelujah #catholicimagination #heavenly. @guyoseary’

She also shared a clip from the performance writing: ‘Stairway to Heaven! . #metgala #epic. #jeannedarc #catholicimagination @jpgaultierofficial thank you all who hepled make it happen!’ 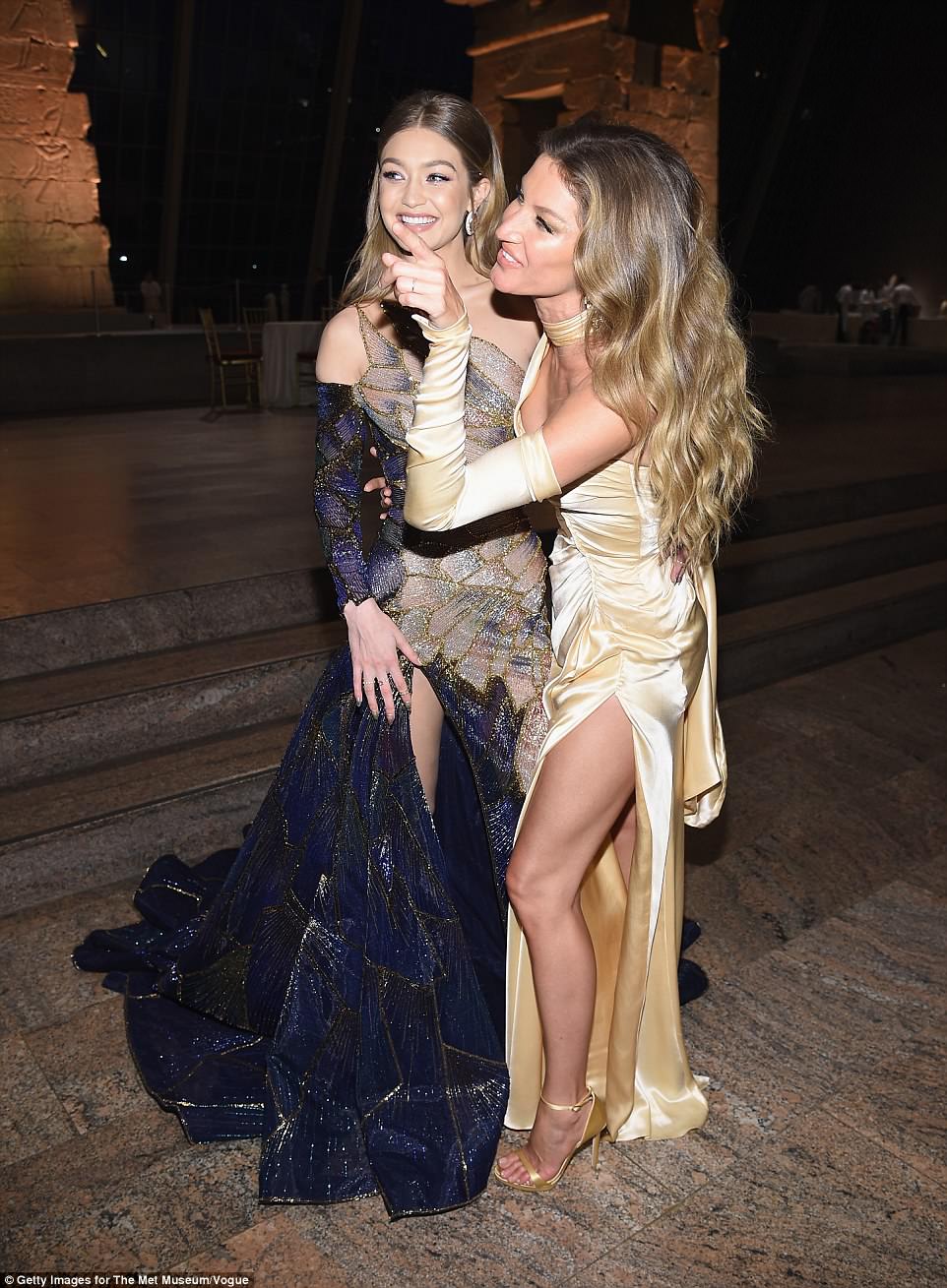 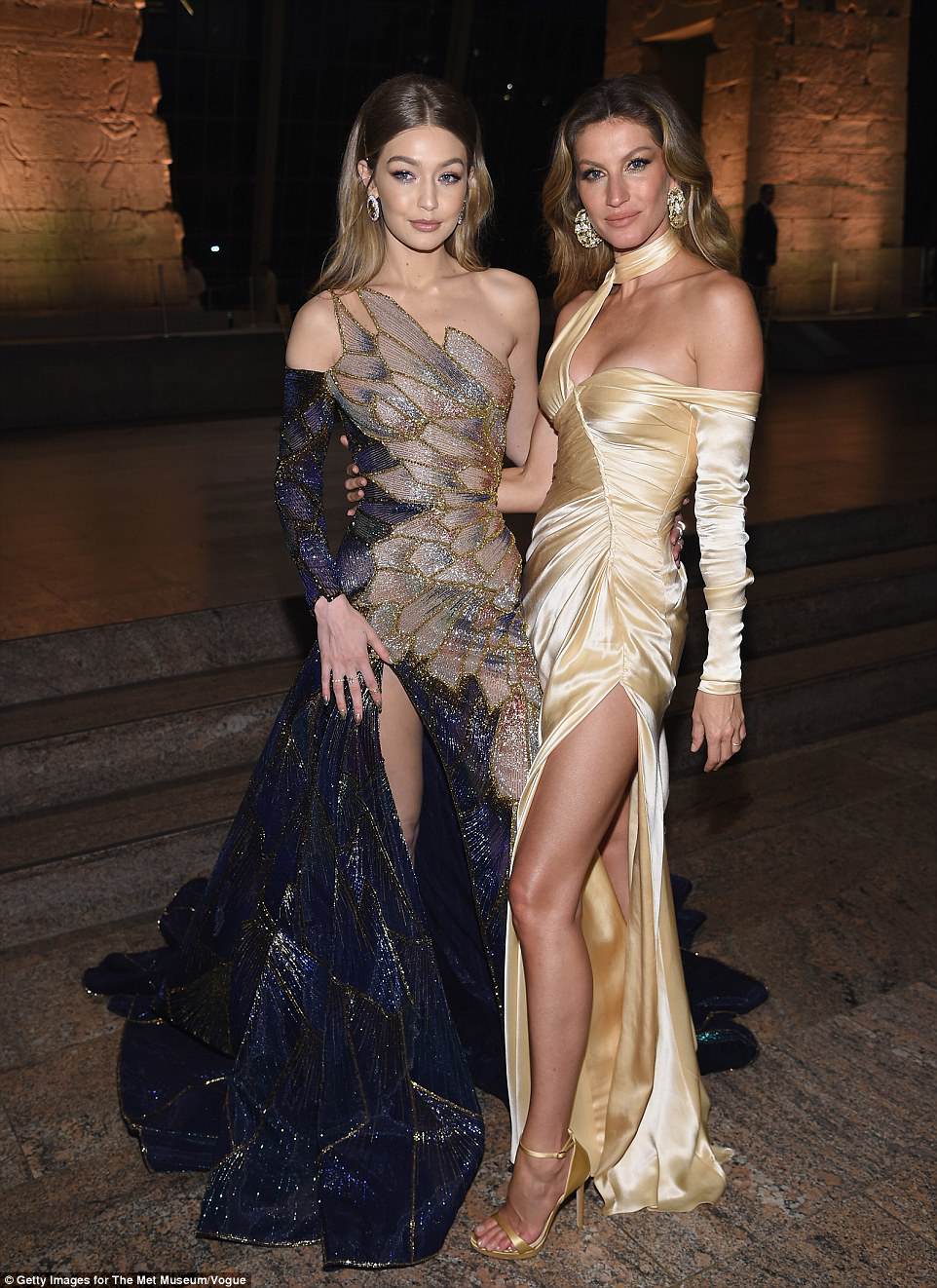 Statuesque beauties: The supermodels both dressed in Versace 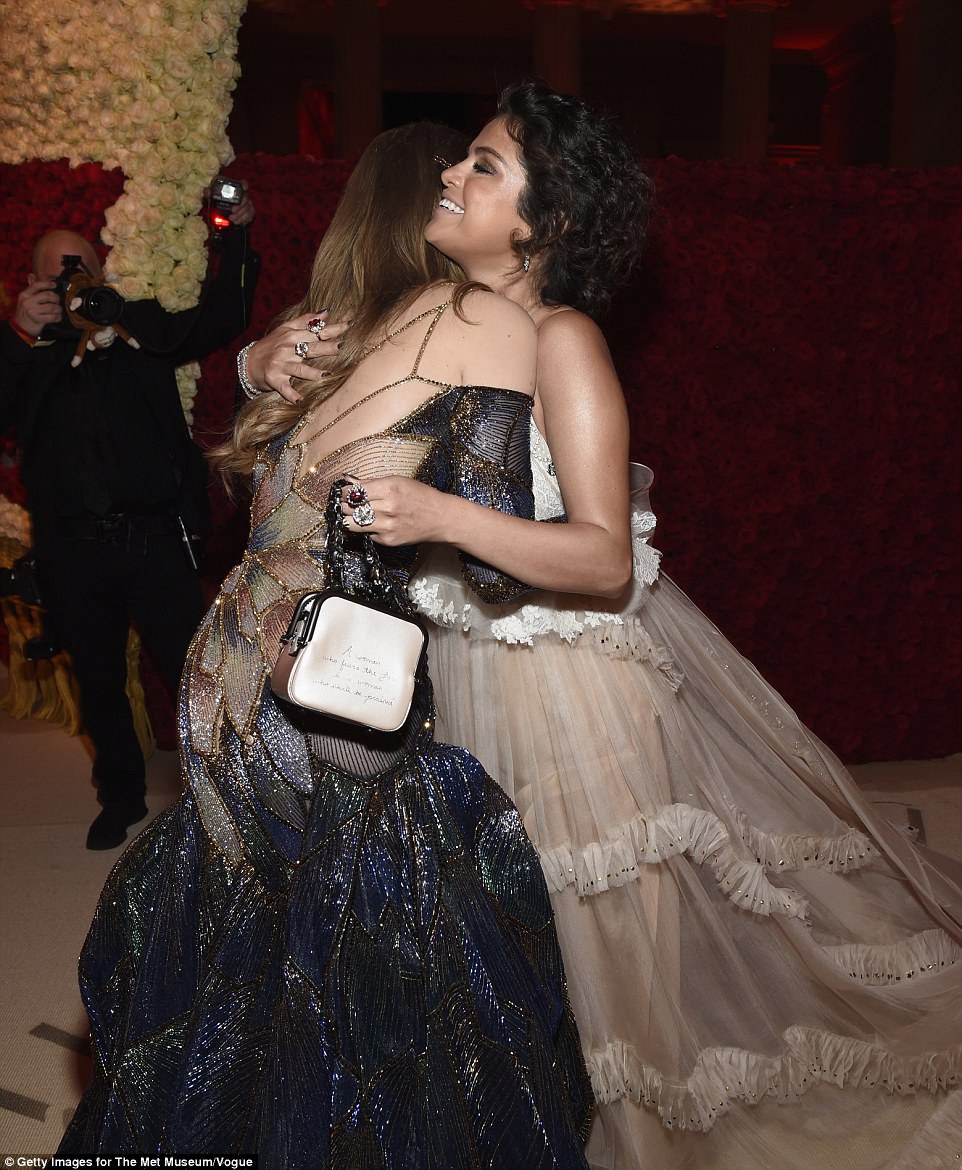 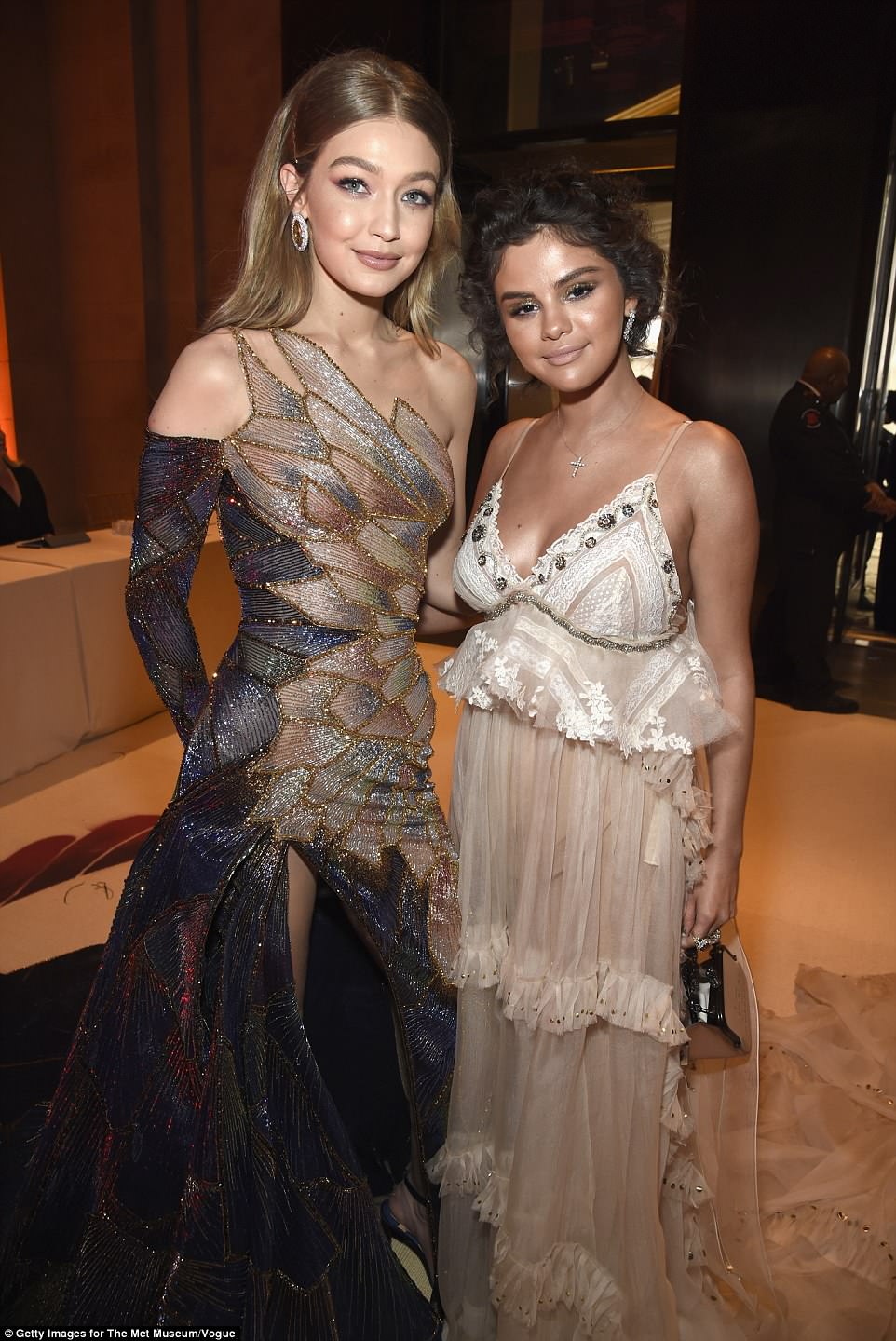