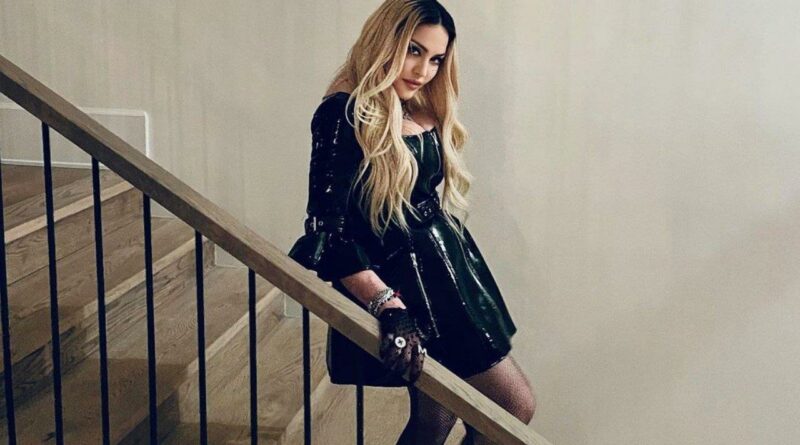 The 1.2-acre waterfront property, which was sold to the trust of a pooch named Gunther VI in 2000 by the ‘Vogue’ hitmaker, is back on the market with an asking price of $31.75 million.

AceShowbiz -A Miami, Florida mansion once owned by Madonna is back on the market with the seller a pampered pooch. The “Vogue” hitmaker sold the waterfront property to the trust of a German Shepherd named Gunther VI in 2000, and now the hound’s managers are offloading the pad.

The high-living hound was born into the lavish lifestyle of his ancestor Gunter III, who was awarded millions when his owner, German countess Karlotta Liebenstein passed away in 1992, according to the Associated Press. Gunther VI’s trust is worth nearly $500 million (£327 million).

The 1.2-acre waterfront property is now on the market with an asking price of $31.75 million (£24 million) – way above the $7.5 million (£5.6 million) the pop star asked for the place 21 years ago, according to Miami’s property appraiser.

According to the listing, the mansion overlooks Biscayne Bay and has nine bedrooms, eight and a half bathrooms, and a swimming pool.

“(The dog) lives in Madonna’s former master bedroom,” Ruthie Assouline, the real estate agent who is managing the sale of the property told the Associated Press.

Carla Riccitelli, one of Gunther’s caretakers, also serves on a board that oversees the trust and told the AP that the the German Shepherd, whose main residence is in Tuscany, Italy, also travels on private jets and has a personal chef to cook his meals.

A so-called insider, however, set the record straight. “There is no dog sleeping in Madonna’s former bedroom,” the source said as quoted by The New York Post. “This is a totally made up story. The broker is talking nonsense. There is no dog. There never was a dog. The owner thought it would be a fun way to score a reality TV show. That’s it.”