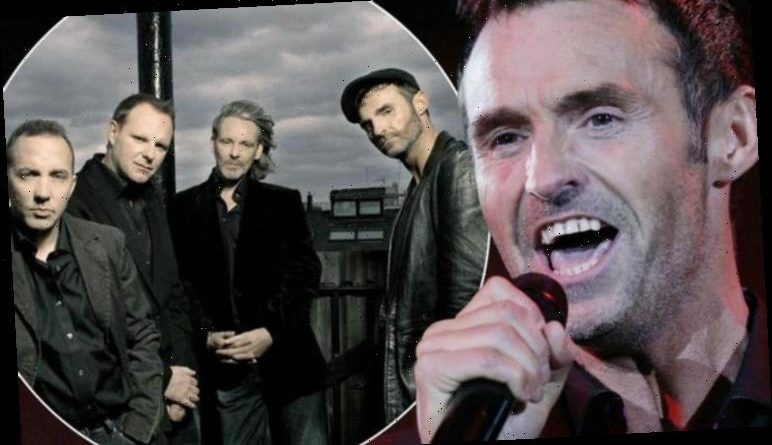 The ex-Wet Wet Wet singer’s dad John McLachlan was a tough Glaswegian builder who never understood his son’s success, despite the band’s classic hits like Sweet Little Mystery, Goodnight Girl and, of course, Love Is All Around, which topped the UK charts for an incredible 15 weeks. John’s doubts pushed Marti to prove himself, but the star admits he still suffers from imposter syndrome, fearing he will one day be unmasked as a fraud who doesn’t really know what he’s doing. “I’m a spiritual person and I strongly believe I’ll walk with my mum and dad again one day,” he says. “But I hope that when I do meet my dad again, we’re not arguing, or that he’ll tell me ‘Get a real job!’ I’ll reply ‘You’re even telling me that in the afterlife, Dad?’ and I worry I’ll have to go through all that again.”

Wet Wet Wet formed in the rough Glasgow district of Clydebank, scoring their first Top 10 hit Wishing I Was Lucky in 1987. After an earlier split, followed by a reunion, Marti and the band parted company for good in 2017 and, at the time, it was reported he was moving on to pursue a solo career.

Now, comfortable in his skin and having proved himself as a solo musician, he admits he was “basically fired” by the band.

“We don’t talk any more,” Marti says. “That in itself tells you a lot. I can’t see us ever communicating again. We only communicate through lawyers. The way it ended was just horrible, as we weren’t in a good place.”

The final straw came when Marti wanted to cancel a planned tour to focus on a musicals project. He explains: “That was when it became, ‘That’s it’ and we only started speaking through the lawyers.” 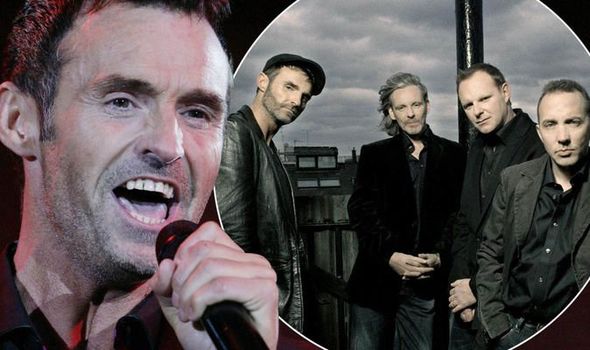 He continues: “Imposter syndrome has always been there. My enthusiasm sometimes far outweighs my talent. I love trying different things. As soon as a new opportunity is there, I burst through the door, going ‘I can do that!’ Then I start to think ‘But can I really do it? Argh!'”

He thinks it probably stems from his father’s constant worry that his son’s precarious show-business career could collapse at any point. Marti admits: “I always worried that if an album didn’t sell, Dad would go ‘Aha! I told you’.”

John died aged 79 in 2014. Marti revealed his father confided in him shortly before his death how, despite his doubts, he had enjoyed his son’s success.

Marti, 55, said: “Dad took me to some of the places he’d been when he was growing up, showing me the same sunsets. It was beautiful, and then he told me, ‘I’m so proud of you. What you sing brings me so much joy.’ So there was a resolution there.”

Since Wet Wet Wet first split in 1999, Marti has enjoyed success both as a solo singer and as a star in musicals. His first West End role was in Chicago in 2002, and he’s also starred on Broadway. 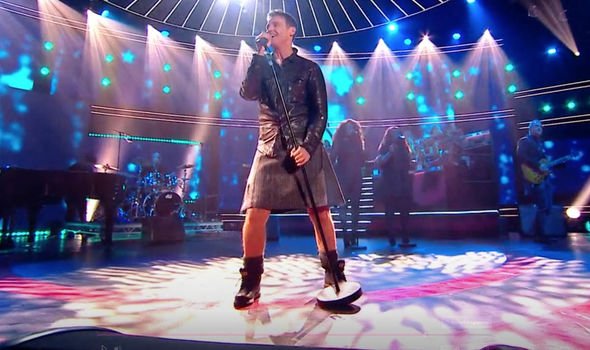 Marti now believes his love of trying new entertainment chances led to his band’s final split in 2017, 13 years after they’d reformed. “When we got back together in 2004, I came back as a solo artist, not just to be in Wet Wet Wet,” he says. “That caused friction between us, to the point they didn’t want me and I basically got fired.”

Despite the split, Marti insists he bears his former bandmates no animosity, saying: “I had a great time with Wet Wet Wet. They’re a different band now, but I’m not bitter, because I’m focusing on the future. I’ve a lot of irons in a lot of fires and, at 55, I enjoy thinking, ‘I want to do this, that and that’.”

Marti’s love of fresh opportunities is typified by his stunning new album Stargazer. A totally different sound for the star, it’s a rock album influenced by David Bowie and 1970s disco. In fact, Marti admits: “I couldn’t have made this record with Wet Wet Wet. It’s nowhere near them, a whole different vibe.

“The sound of this album spins me out because it’s so not what I expected, let alone anyone else. It’s changed because I usually write on piano, but on these songs I’m writing on guitar.”

Known for writing tender love songs, Stargazer sees Marti look back on his tough childhood for the first time. The aggressive song Teenage Rebel depicts Marti’s past as “a schoolyard matador” who constantly got into fights at Clydebank High School. 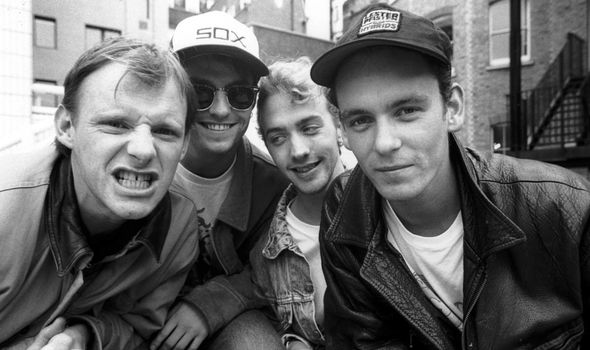 Born Mark McLachlan, Marti was derived from his school nickname “Smarty”. He recalls: “At school, I was a heady combination of enthusiasm, bravado, youth and swagger. I was a teenage rebel with a lot of angst. I was there when the fights broke out. But I had a plan – to become a singer – and woe betide anybody who told me different.”

He admits he still has a short fuse, saying: “I don’t have anger issues but I’m passionate. You can get my back up pretty easily. But now, I choose my fights. I still have fire in my belly, especially when it comes to expressing myself in music. When you’ve got a bunch of hairy-a**** musicians in a room, it’s important they want to play for you.”

The star is angry about how unemployment affected his prospects as a teenager, with local industries hard hit in the 1980s. Comparing the region to the bleak landscape in Lord Of The Rings, Marti said: “The west of Scotland was like Mordor in colour.

“With the shipyards closing, it was a very oppressive time. If I hadn’t had music, I really don’t know where my life was going to go. Music was my escape but I’ve never really talked about it before in my songwriting until Teenage Rebel popped into my head.”

Another moving new song, Don’t Be Afraid, describes a man who only experiences love in the afterlife. Marti has been with his partner, former beauty queen Eileen Catterson, for more than 20 years. 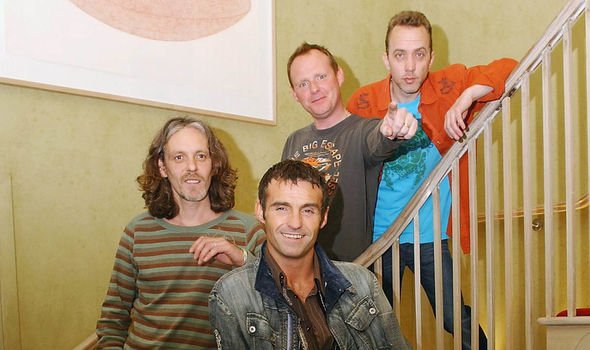 He never discusses their relationship but discloses love has been one of the constants in his life. He revealed: “I’ve always felt connected with love. Love has always been strong for me, something I’ve never doubted. As soon as I was born, I was lucky to have a loving family. I know love because it’s a core in my life.”

Despite that love, Marti has had his struggles. He endured a public battle with heroin and alcohol in the late 1990s but has been clean and sober for more than 20 years.

He admits he also lost the plot with his finances, as he bought a string of fast cars and flashy houses. Marti laughs: “I got rid of the fleet of cars when I woke up one day and realised I’ve only got one a***. I wish I’d realised it before because I’d have saved myself a fortune.

“I used to think I needed a massive house. Then I got the big house but I started thinking, ‘If I needed such a big house, why am I always only ever in the kitchen?’ I lost it for a while. I had a walled garden and I owned a tractor. Why? I have no idea.

“Once I started thinking sensibly again, my life got peeled away until I realised what I wanted wasn’t the biggest house – I wanted a home. I don’t have houses now, I’ve got a home.” 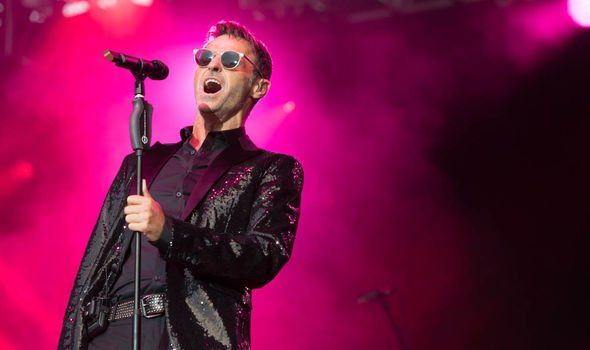 Although he’s more grounded at home in Berkshire, workaholic Marti jokes that one of the few benefits of lockdown is that he finally knows where everything is in his house.

He explains: “I’m so often away, I’d always been useless around the house, forever being told, ‘That’s not been there for ages’. Now, I’m the king of knowing where stuff is. I can’t wait to get back out on tour and a big part of me misses it. But I hope I’ll continue to enjoy the relaxation I’ve found since lockdown too.”

Marti has rediscovered his love of cooking during the pandemic but admitted: “I’ve got a terrible tendency to think I can fix life at 3am. That’s when I find myself looking for answers and, of course, 3am is the wrong time to think you can fix anything.

“It doesn’t help that I’ve set off all the smoke alarms in the house by baking bread at 3am.”

One project Marti has carried on in lockdown is writing his first musical, set in ancient Scotland. He is writing it with Shaun McKenna, who co-wrote the Lord Of The Rings musical.

“It’s about people looking for a secret stone. There’s a clan leader who’s been cast out, trying to re-establish himself by finding the stone. Who’s the star? Obviously it’s me. It’s been a real eye-opener, writing a musical. And it’s something else new – so I’ve loved every minute.”

Marti Pellow’s new album Stargazer is out on March 26 on BMG Records. New single These Are The Days is out now.