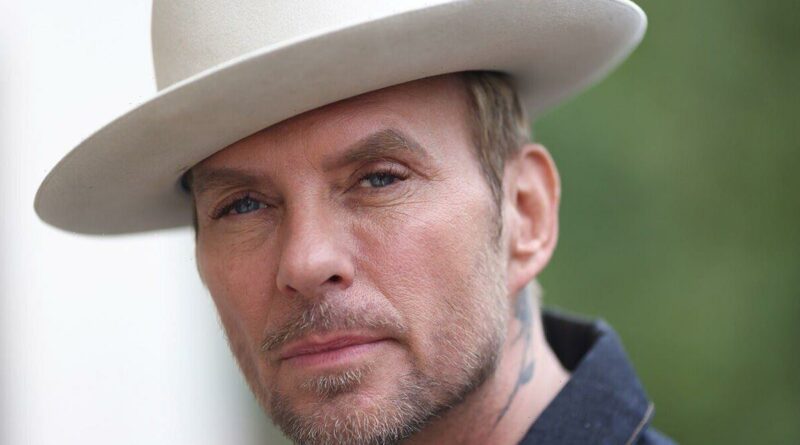 Strictly: Matt Goss opens up about his exit

After his time on Strictly Come Dancing came to an end, Matt Goss, 54, decided to open up about the rare condition he has lived with his whole life. The condition, known as Poland Syndrome, affects approximately one in 20,000 babies and singer Matt revealed when he heard a US Paralympic swimmer speak about their experience with the condition, it led to him breaking down in tears.

Watching the athlete speak so openly about their condition, Matt started to tear up. Hearing the words Poland Syndrome brought back painful memories of him not knowing what was wrong with him for years.

Matt shared his personal experience with the condition shortly after becoming the third contestant to leave this year’s series of Strictly Come Dancing, as the four judges voted to save Kym Marsh after the pair found themselves in the dance-off.

The Bros singer explained although he has lived nearly his entire life with the “rare condition” he has only just come to learn more about it, with his stint on Strictly urging him to support others with Poland Syndrome.

Great Ormond Street Hospital describes Poland Syndrome as a “very rare condition” that is characterised by underdeveloped chest muscles and webbing of the fingers.

The condition usually affects just one side of the body and it can also cause shorter-than-usual fingers as well as problems with the digestive tract.

Explaining to the Mirror the exact moment things changed for him, Matt shared: “My condition has never been a hindrance to me in my life. But when I was young, I was kind of made to feel like a bit of a weirdo by the doctors because they didn’t know what it was.

“Then a few years ago – it wasn’t very long ago to be honest – I was sitting at home watching the Olympics and there was an American swimmer who had won a silver medal, and the commentators started praising him and said ‘oh he has Poland Syndrome’, and I literally stared at the TV and sat down and just sobbed my eyes out.

“The commentators went on to explain what Poland Syndrome was and I literally couldn’t stop crying.

“It was unbelievable, it had a name all those years, and I just never knew what was wrong with me. It was the most incredibly powerful moment – this thing having a name.”

In a recent tweet to his 132,400 Twitter followers, Matt shared details of the Poland Syndrome Charity (PIP-UK) after being praised by an individual for mentioning the condition on social media.

Twitter user Tina Wise wrote: “This is the 1st time I have ever seen Poland syndrome mentioned on a social media platform!

“My husband has this condition, which has meant he only has 1 hand. This has never ever stopped him achieving anything. Matt we are all proud of you.” (sic)

In response, Matt and PIP-UK shared details of how other individuals can receive help and support. Matt tweeted: “If anyone is affected by #PolandSyndrome or knows someone who is, please reach out to @Polandsyndromep

“They can offer support. Details below. I’m sorting through and reading all of your personal stories. Thank you for reaching out.”

He also responded directly to Tina Wise, telling her that he was “proud” of her husband and was “sending love” to the both of them.

Having shared his difficult diagnosis story, Matt also revealed to the Daily Mail how the condition affects him physically, and how the Strictly costume department were able to handle this “discreetly”.

He said: “I have one pectoral muscle on the right side instead of two. The lower one is missing but the upper one is fine and strong.

“It has been one of my favourite things about the Strictly experience – the costume team were relative strangers at the beginning, but from the start, they’ve always been very kind and discreet – it has really touched me.”

Even during his early career as a singer in Bros, Matt said that the condition caused him difficulties. Impacting his confidence, Matt explained that he always used to pose covering the right side of his chest.

“After Strictly I plan to reshoot those pictures and show my chest. Those original pictures tell a story – I was self-conscious then,” Matt continued, before explaining he has ambitions to form his own charity to help children suffering from the same syndrome.