The 51-year-old actor took to Instagram on Friday night to share a picture of himself getting ready to film the highly-anticipated HBO Max special. “Seconds before eating a makeup brush,” he joked in the caption of the photo, which showed Perry in his makeup chair with his mouth hanging open slightly. “Not to mention reuniting with my Friends.”

Perry deleted the picture just “moments later,” according to Page Six, but the post garnered more than 27,000 likes in the short time it was up on his account. The post was also captured in screenshots before Perry deleted it. 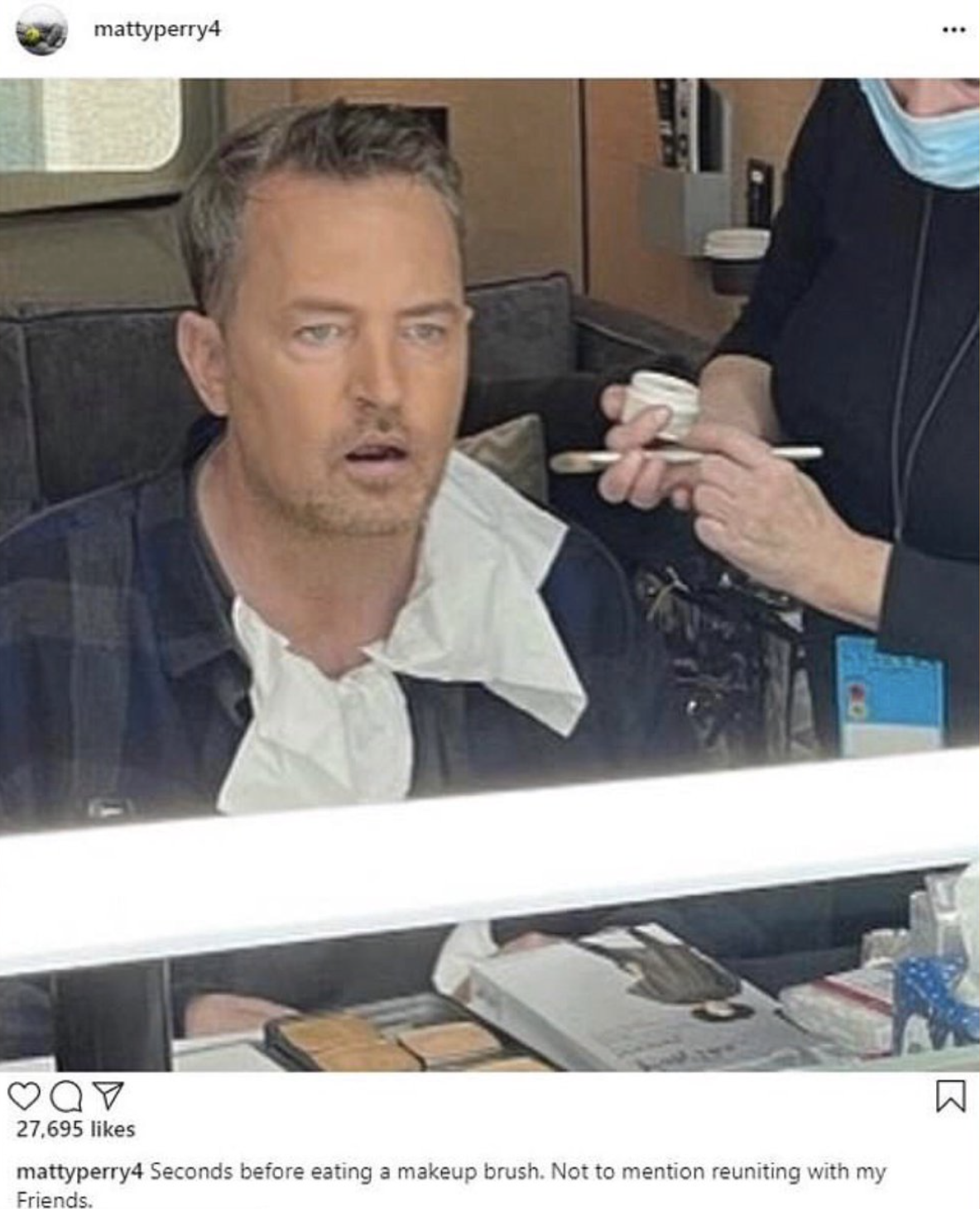 According to Deadline, the entire main cast from Friends—including Perry, Jennifer Aniston, Courteney Cox, Lisa Kudrow, David Schwimmer and Matt LeBlanc—has been confirmed for the reunion, which is shooting on the sitcom’s original soundstage, Stage 24, on the Warner Bros. Studio lot in Burbank, California. The special was originally slated to film last spring, but was delayed due to the coronavirus pandemic.

Perry isn’t the only person associated with the Friends special who has posted-and-deleted from the reunion set, apparently. Set designer Greg Grande recently posted a picture of the show’s iconic New York apartment set on Instagram, but that was also quickly taken down, according to Deadline.

Of course, news that the Friends reunion would be filming this month was already out before any Instagrams were posted from set. In a recent interview with Andy Cohen in early March, Schwimmer confirmed that production on the reunion was scheduled to start “in a little over a month.”

“I’m heading out to LA,” the actor explained. “So, finally, I mean, we figured out a way to film it safely, and there’s going to be a portion of it that we film outside because of, you know, for safety protocols.”