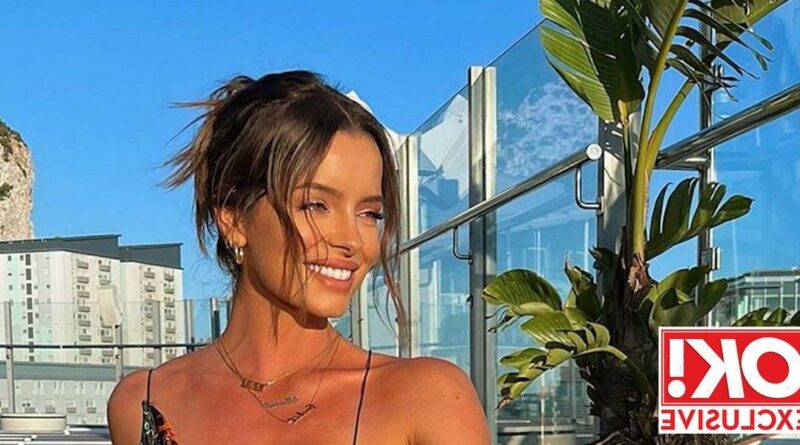 A source has told new that Maura, 30, has decided that rather than sit at home moping, she’s jetting off in a bid to move on. This comes after Giovanni revealed he'd be going to visit his family once Strictly is finished.

“Maura was totally gutted about their break-up and it was a bitter blow,” our source said. “But she’s a beautiful girl and she’s used to getting a lot of attention. She definitely won’t be short of offers.

“She’s planning a holiday to try and forget about it. Unfortunately, she knows that no matter where you are in the world, your mindset still stays the same.

"But she’s trying to stay positive and she hopes that a change of scenery might do her a bit of good. She’s trying to get over it.”

Maura and Giovanni called it quits last month after going public with their romance in July.

Last week, the dancing professional broke his silence on their decision to part ways, following reports he was using a dating app while they were together.

“Firstly, great relationships with great people can come to a natural end. This has been the case for me recently,” the 31-year-old wrote on Instagram Stories. “There was absolutely no wrong-doing & this should be the end of any speculation.”

Giovanni, who is partnered with EastEnders actress Rose Ayling-Ellis – the first deaf contestant on the dancing competition – added, “The show has highlighted many important conversations for different communities and increased representation. These are the conversations which deserve the time, energy & recognition.”

According to our source, Giovanni is hoping to keep things civil with Maura.

For all the latest updates on Giovanni and Maura, sign up to our daily OK! Newsletter.

“Giovanni was the one who ended things, so he’s put out a statement to try and make it better,” they explained.

“Maura has taken the split quite badly and she was quite hurt by it all. It was painful for her, so he wanted to write a public post. It was his way of saying, ‘Let’s stop talking about it now and leave it.’

Giovanni is so busy with Strictly and the show is a big commitment so, sadly, he just couldn’t give her his time.”