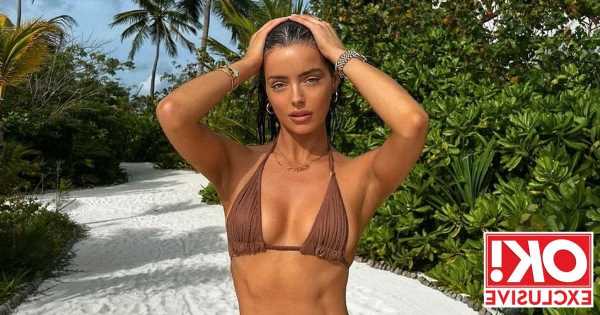 And while he’s denied there’s anything serious going on, a source has told new! that it was tough for Maura to see – and she’s now trying her best to show that she’s moved on.

“The romance rumours were a kick in the teeth for Maura,” our source said.

“The break-up is still quite fresh so it wasn’t nice for her. Their relationship didn’t end on bad terms – it just wasn’t going anywhere. Maura did really like him and has found it tough.”

Last week, Maura returned from a girls’ trip to the Maldives to celebrate her 31st birthday, alongside her former Love Island pal Lucie Donlan.

Doing what every girl does best following a break-up, she posted a series of sensational snaps of herself enjoying her holiday.

“She had a really good time and she’s just trying to get on with her life,” our source continued.

“But she’s been doing the typical thing after splitting with someone – posting lots of bikini pictures to show him what he’s missing.”

Maura and Giovanni called it quits back in October after four months together.

It has since been reported that Giovanni, 31, has been enjoying a string of dates with Made In Chelsea’s Verity, 26.

However, he was quick to shut down the rumours, telling his Instagram followers, “It’s news to me that I am dating. Didn’t know anything about it lol.”

And our source says that while the pair do know each other, he’s giving his full attention to Strictly as he’s hoping to win the show with his dance partner, EastEnders actress Rose Ayling-Ellis.

“Giovanni doesn’t have time for a serious new romance. He’s putting everything
into Strictly and he doesn’t want any distractions,” said the source.

“He likes Verity, but there’s nothing going on. Since his relationship with Maura ended, he just wants to focus on the show.

"He knows that he can’t commit to anyone when he’s so deep into it.”

For more celebrity exclusives, subscribe to our newsletter here.