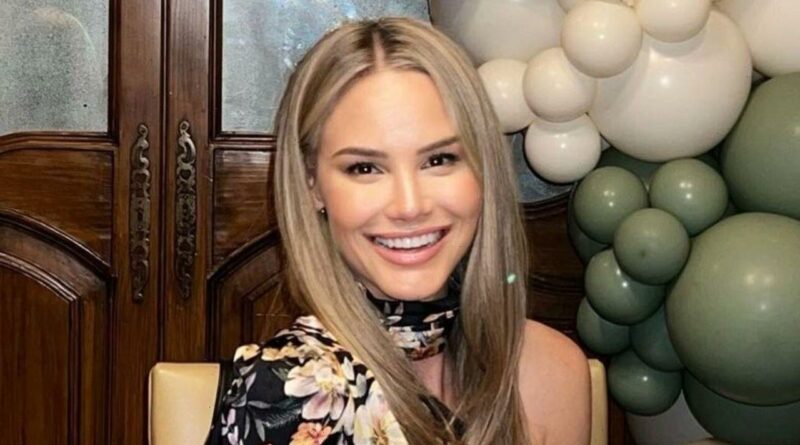 The ‘Real Housewives of Orange County’ alum reveals she always investigates the men she enters a relationship with to verify that they are who they claim to be.

AceShowbiz –Meghan King admits to investigating everyone she dates. In a new interview, the former “Real Housewives of Orange County” star – who has five-year-old Aspen and four-year-old twins Hayes and Hart with ex-husband Jim Edmonds – reveals she always takes precautions to ensure the guys she gets close to are exactly who they say they are.

“I am not kidding, I do background checks on every single person I date,” she told host Caelynn Miller-Keyes when appearing on the “True Crime Reality” podcast. “You do? Smart,” Caelynn replied.

The 38-year-old star recently expressed her amazement that she’s been dating her friend-turned boyfriend, Kenny, for a month. Speaking on her own “Intimate Knowledge” podcast, Meghan – who has previously said all names and locations on her programme are made up for privacy reasons – said, “I’ve kept you all up to date on my relationship with Kenny, which is now shockingly, been an entire month.”

“And that’s really long for me. That’s like a year in Meg years as far as relationships go because it takes me no time at all to get into them and I’m very quick in getting out of them. So a month is like a long time.”

But the blonde beauty admitted things haven’t all been plain sailing and she had a minor “freak out” recently, so she is thankful Kenny is so understanding. She said, “I would’ve broken up with me if I were him. Even though I was just upset about something, I just really let my inner child come out in a big way.”

“I later apologised but the great thing about dating a friend is he was like, ‘Look babe, we’re good. It’s fine. It’s all good.’ Very healthy. It’s a nice change of pace for me. Everything’s fine. Everything’s going smoothly.”

After splitting from Jim in October 2019, Meghan went on to date Cuffe Biden Owens and they married in October 2021, but their “whirlwind” marriage was annulled the following July. And Meghan previously admitted the experience taught her lessons about keeping her relationships private.

She said, “After my whirlwind marriage and annulment, I told myself, ‘I’m done putting people in the public eye, putting people on my Instagram. I’m done with that.’ “