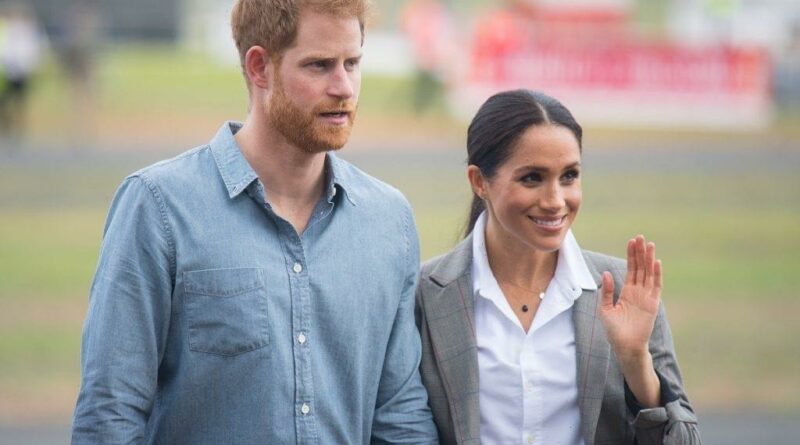 There is no doubt that Meghan, Duchess of Sussex has really made an impact on Prince Harry’s life. He shared that he knew that she was the one for him the moment he met her. It is a well-known fact among royal fans that she even got him to adapt to a healthier lifestyle, which, most likely, has been a huge benefit over the past few years.

Royal life has been anything but easy for the couple, who had been facing bullying and backlash before they even became husband and wife. Through it all, however, the Duke and Duchess of Sussex have stuck together, both for themselves, their young son, Archie Harrison, and their upcoming daughter.

Now, we have learned that Meghan gave Harry some life-changing advice, and the truth of the matter is — we couldn’t agree more.

Meghan and Harry’s departure from the royal family

Millions of little girls grow up with dreams of marrying a handsome prince and living happily ever after, and for a while, it looked as if former Suits actress Meghan was getting the ultimate fairy tale ending. Things didn’t exactly go as planned, and shortly after meeting Harry and going public with their relationship, the two became targets of negative backlash from the media that only seemed to get worse over time.

The couple is notoriously private, and in order to try and escape the spotlight, they moved away from Kensington Palace in hopes that things would get better. The tabloids proved to be relentless, and it wasn’t long before Meghan and Harry had enough.

Over a year ago, the world was shocked when they announced that they would be leaving the royal family, and although many people thought that they would eventually regret their decision, Page Six reports that Meghan and Harry have no regrets about Megxit.

Prince Harry was wanted out for years

So many people would give anything to experience royal life even for a day. Meghan, who married into the British monarchy, wasn’t prepared for the massive amounts of attention that she would get as a senior royal.

Harry, who has never known a different way of life, just seemed to be over it all. He hadn’t had an easy time as the son of the future king, constantly being in the spotlight and having every move he made criticized by people who didn’t even know him.

When the prince was only 12 years old, he tragically lost his beloved mother, Princess Diana, in a car crash that occurred as a result of being chased down by photographers. There is no doubt that the traumatic event took its toll on Harry, and he associated royal life with anything but the glitz and glamour that most others imagine.

In fact, according to People, the duke has wanted out for years, having had a desire to step down from royal duties since he was in his 20s, and going so far as to say “look what it did to my mom.”

Meghan and Harry have been making headlines recently, and the prince has said some things that really came under scrutiny. The media went wild when he compared royal life to The Truman Show, and even to being in a zoo. We can’t even imagine how unhappy he must have been as a senior working royal, and Meghan reportedly helped him to see that. So, what was it that she said? According to Us Weekly, Harry revealed that his wife gave him some great advice. As per Harry: “my wife had the most amazing explanation. You don’t need to be a princess —you can create the life that will be better than any princess.”