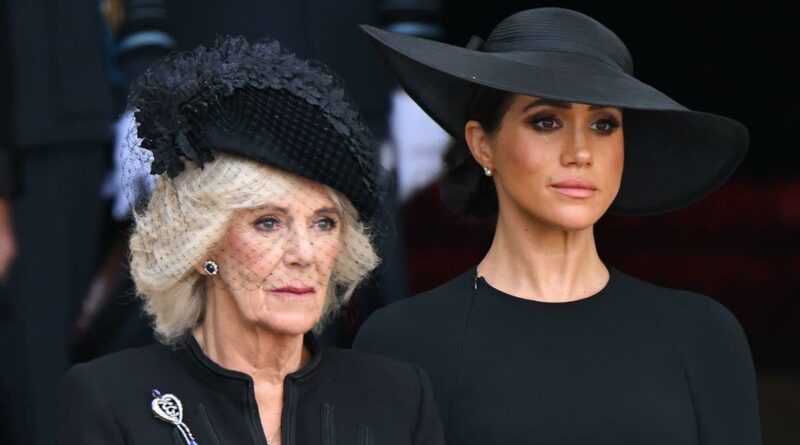 Meghan Markle and Prince Harry were in the United Kingdom preparing for the WellChild awards when the Queen passed away on 8 September.

MORE: Meghan Markle is all smiles in new photos alongside her Archewell colleagues

The Duchess of Sussex has since returned to the United States to be with her family, and in a new interview with Variety, she opened up about how the family coped with the loss. “In big moments in life, you get a lot of perspective,” she shared. “It makes you wonder what you want to focus your energy on.

“Right now, we feel energised and excited about all of the things we’ve been building toward. We’re also focused on our foundation. So much of the work we do includes the philanthropic space.“

DISCOVER: Archie Harrison’s favourite meals – including the sweet treat he loved from the Queen

She also shared her pride in being able to “support” Harry during the emotional time. At a service held in Westminster Hall, the royal couple were seen holding hands.

Despite the emotions of the time, she praised her husband’s optimism and revealed that the Duke had said: “Now she’s reunited with her husband.”

The Queen’s husband, Prince Philip passed away in 2021, and Her Majesty was reunited with him when they were buried together in the King George VI memorial chapel. 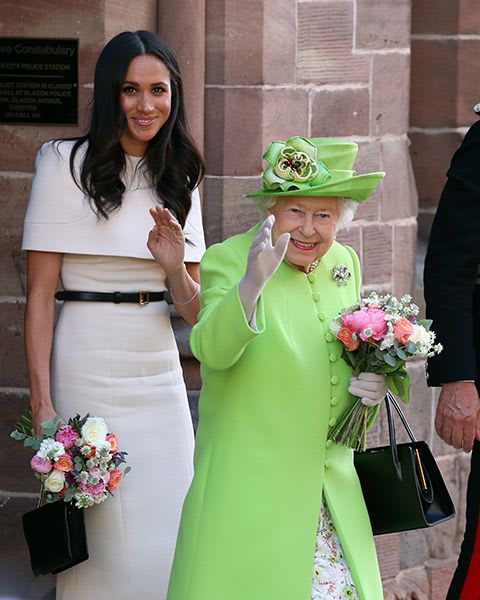 Meghan spoke about her first outing with the Queen

Meghan reflected on her moments with the late Queen, recalling her first official outing with the monarch as they opened the Mersey Gateway Bridge and the Storyhouse, a performing-arts theatre in Cheshire.

The royal said it was “special” to be with Her Majesty and that she felt “fortunate” for the pair to have that time together.

In a tribute to the Queen, she said: “Certainly, in terms of female leadership, she is the most shining example of what that looks like. I feel deep gratitude to have been able to spend time with her and get to know her.” 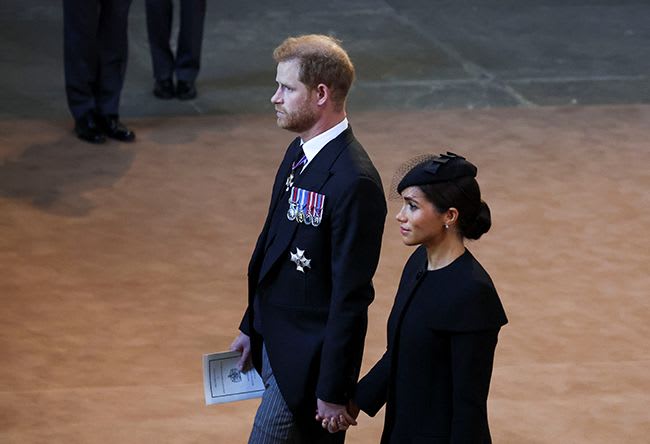 The Duchess supported her husband through a difficult time

Her interview came shortly after Meghan made a surprise appearance at a [email protected] event, where she praised the courage of the protestors in Iran.

MORE: The £28k/year schools that Archie and Lilibet could attend

Showing support, the Duchess gave her speech while wearing a shirt that had the message: “Women. Life. Freedom,” written in the Farsi language.

Make sure you never miss a ROYAL story! Sign up to The Royal Explainer newsletter to receive your weekly dose of royal features and other exclusive content straight to your inbox.