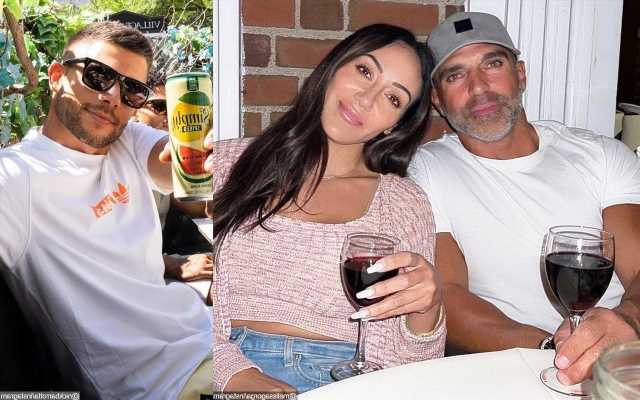 Meanwhile, Laura Marasca Jensen, the woman who previously brought the rumors up, defends herself in a statement, insisting that she only said what she’s heard from Margaret Josephs.

AceShowbiz –Melissa Gorga and Joe Gorga aren’t really bothered by rumors that she’s cheating on him with Nick Barrotta. A source close to “The Real Housewives of New Jersey” couple shares that “they’re laughing about it.”

The insider goes on telling Page Six that the claims about Melissa having a tryst with the actor are “ridiculous.” The source continues, “[They’ve] all been friends for years.”

It is also said that Melissa and Nick have always hung out in a group setting. The informant further notes the “Tyler Perry’s The Oval” actor, who is married himself, is still good friends with Joe.

Sources close to Nick also shut down the rumors. Speaking with Daily Mail on Monday, August 8, the sources claimed that the “Divorce Court” alum was “shocked that someone would make up something so nasty in an attempt to destroy two families.”

Following the denial, a woman named Laura Marasca Jensen, who previously brought the rumors up to Page Six, defended herself in a statement to the news outlet. Calling “RHONJ” star Margaret Josephs the real pot-stirrer, Laura insisted on Tuesday, August 9, “I stand by my truth. I never said [the rumor] was true. I said I was told by Margaret that someone saw that. I never said that Melissa did that.”

Sources, meanwhile, claimed that Laura, who has auditioned to be on “RHONJ” three times, told Teresa Giudice and Jennifer Aydin the rumor during a four-hour meet-up to try and get a spot on the show. “She went to two people who didn’t like [Margaret] crying to them and telling them all these stories,” sources said. “Things with an ounce of truth, she twisted it. So were Margaret and Melissa ever out with these guys? Yes. Was there ever any kissing? No. No one made out with anybody.”

Jensen did confirm that she met up with Teresa and Jennifer. While she admitted that she met them to “align” herself with them in case she made it onto the show, she denied that she meant harm to Melissa.

The cheating controversy reportedly will be featured in the upcoming season of “RHONJ”. It was also said that Jennifer was the “Housewife” who revealed the scandalous tea on camera. The source went on to reveal that while there’s still no bad blood between Margaret and the Gorgas, the couple blamed Teresa for taking a meeting with Laura and allegedly helping the rumor to be discussed on the show. The informant also teased a “very tense ‘Housewives’ finale filmed earlier this week.”

Season 13 of “RHONJ” has yet to have a premiere date.