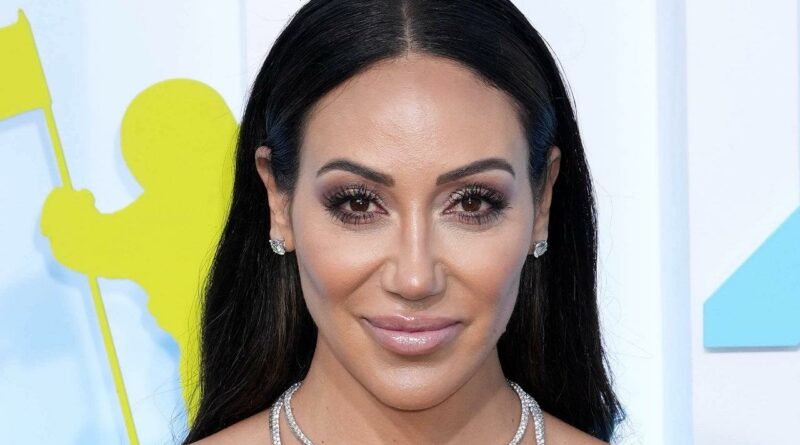 Earlier this year, it was alleged that the 43-year-old businesswoman and ‘The Real Housewives of New Jersey’ star had been unfaithful to husband Joe Georga while she was away on a press tour.

AceShowbiz –Melissa Gorga says that cheating rumours have “tested” her marriage. The 43-year-old “The Real Housewives of New Jersey” star, who has been married to real estate developer Joe Gorga since 2004, insisted that she is determined to downplay any chatter about her personal life.

When asked about the biggest test for her marriage has faced since she signed started appearing on television, she said, “Almost definitely the [cheating] rumors.” She continued, “There’s a lot of rumors that come out about me, and you know what? We just keep hitting ’em, swatting ’em like flies, [and] they just keep coming.”

The mom of Antonia, 17, Gino, 14, and 12-year-old Joey Jr, the businesswoman stars alongside her sister-in-law Teresa Giudice on the hit reality show, though it was revealed earlier this month that the couple had missed her wedding to Luis Ruelas after rumors had begun to swirl that she had been unfaithful, with Joe admitting that it has been a “tough” time for them both since.

In the joint interview, Joe told UsWeekly, “It’s been tough. Let’s see what the future holds.”

Earlier this year, it was alleged that Melissa had been unfaithful to Joe while she was away on a press tour and that Teresa had known about the supposed incident for over a year but had “pushed” for it to come out in the ‘RHONJ’ season 13 finale, which has left Joe potentially “unable to forgive” his sister.

“One of the secrets was Melissa making out with this guy while she was on a press tour in the city. This ‘rumour’ was something that Teresa had known about for over a year and had been pushing for it to come out,” a source claimed at the time. “Finally, the finale was perfect timing. Teresa usually uses someone to bring up drama, so she played a part in that, Teresa may not forgive Joe after this and vice versa.”