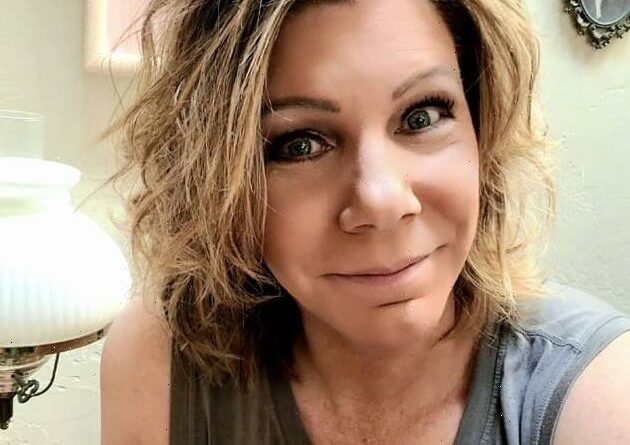 Doesn’t it feel like the entire cast of Sister Wives has been absolutely miserable for eons at this point?

It just seems like endless suffering, season after season.

Things have gotten so bad that last season, we saw Kody, who was once so quick to praise polygamy and defend it, say that he didn’t even think it was a good idea anymore.

Like, just imagine sitting around a table with your husband and his three other wives and hearing him say “Hey, turns out me marrying four ladies and having oodles and oodles of kids with them maybe wasn’t the best plan, huh?”

During that big talk, we saw Kody admit that their arrangement wasn’t exactly fair to the women, which was interesting because we’ve all seen that since day one.

But no one understands that unfairness quite like Meri.

While all the sister wives have appeared to be unhappy with their arrangement for a while now, Meri has clearly struggled for years with these kinds of feelings.

As Kody’s first wife, she was his only legal spouse, but she divorced him in 2014 so that he could legally marry Robyn and adopt her children from her first marriage.

Everyone tried to pretend like it didn’t matter too much because they all had spiritual marriages with Kody and that’s what really mattered, but it was obvious that the legal marriage meant a lot to her.

She’d been having a hard time finding her place in the family anyway during that time — she and Kody weren’t connecting very well, they struggled with her fertility problems and with the choice of whether or not they should explore things like IVF.

But after the divorce, things got much worse, and in 2015 she found herself having an emotional affair with another man who actually turned out to be a woman who had been catfishing her.

After that, things went from bad to worse when it came to Meri and Kody’s relationship, and it really feels like they haven’t stopped getting worse, even all these years later.

They’ve said that their marriage is dead, that they have no interest in each other, they never spend time together …

And judging by the kinds of posts Meri makes on social media, she’s totally over it.

If you follow her on Instagram, you know she has a habit of posting cryptic little quotes and messages — just earlier this week she posted one about mental abuse that had people thinking that perhaps she’s trying to tell us something about her personal life.

This time around, she’s got another message:

As you can see, this new post she shared reads “I don’t chase after people anymore. If they like spending time with me, they will do so. If not, I’m content in my own company.”

For a long time, we saw her try to reconnect with Kody after the catfish mess — things were difficult between them, but there was a definite period where she insisted that she wanted her marriage to work.

She put in so much effort, but Kody was just not interested, and he said as much himself.

She has to know that by sharing something like this, fans will connect the dots and assume that she’s talking about her husband.

But just last night, she shared something else:

“Before you make a statement about anyone else’s decisions on how they live their life, ask yourself ‘Whose business is it?'” this post read.

This one isn’t as clear — it could be about a lot of things, or just a general sentiment she believes in.

Or it could be her way of telling people to mind their business as she works through her feelings by way of Instagram.

Whatever’s going on, we hope she finds her happiness soon.

Because she definitely does not have it right now.