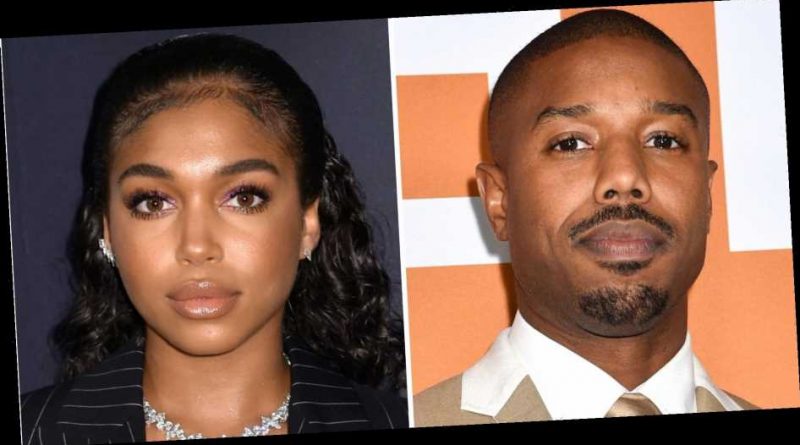 Michael B. Jordan and Lori Harvey put months of speculation to rest on Sunday, January 10, when they shared photos of each other on Instagram.

The Black Panther actor, 33, posted two dark and grainy photos with his new flame, 23, on Sunday evening, showing the couple looking as though they were about to kiss while they stood in front of some flickering holiday lights. He tagged Harvey in the pics as well as photographer Leo Volcy, whose Instagram bio described him as Jordan’s creative director.

Harvey shared two Polaroids shot with her man taken at the same location and captioned them with a heart.

The Creed star and Steve Harvey‘s stepdaughter sparked romance rumors when they were spotted arriving in her home town of Atlanta together just before Thanksgiving. TMZ posted photos of the pair getting off a Delta flight on November 24 and throwing their luggage into a waiting car and leaving the airport together.

On December 30, the couple were shown arriving in Salt Lake City together in photos posted by The Sun.

While they didn’t share any photos of each other on social media, Lori shared a series of clips from the snowy destination on New Year’s Eve and Jordan shared a post that showed him him snowboarding. “New year new things,” he captioned the post.

Lori, who was previously linked the Sean “Diddy” Combs‘ son Justin Combs, race car driver Lewis Hamilton and rapper Trey Songz, was linked to Diddy himself in August 2019, when the rapper was spotted with the model and her family on vacation in Italy.

The pair were later spotted on a getaway in Cabo San Lucas, Mexico, in September, and were seen leaving a strip club in Atlanta together that same month.

By the fall, the former competitive horseback rider had moved on to Future. The pair dated from October 2019 till the summer of 2020.

There were also rumors that he was dating his Black Panther costar Lupita Nyong’o but Jordan insisted to USA Today that they were just friends.

“They’re writing their own soap opera that they want to see happen,” he told the outlet in November 2018. “Me and Lupita? I love her to death. Beautiful girl, very talented. People write their own narratives — I don’t have any control over that.”