Miley Cyrus, Adam Levine and members of Metallica were among the many powerful singers and musicians who performed at the “I Am the Highway: A Tribute to Chris Cornell” concert on Wednesday, January 16, to honor the late Soundgarden frontman.

The Melvins opened the event — which took place at The Forum in Inglewood, California — with a three-song set that included included a cover of Soundgarden’s “Spoonman.”

During the show, Cornell’s 14-year-old daughter, Toni, and Ziggy Marley performed a cover of “Redemption Song” by Bob Marley while a photo of her dad was featured on the large screen behind them. The audience responded to their performance with a standing ovation.

Scroll down to take a look at the artists who attended “I Am the Highway: A Tribute to Chris Cornell.” 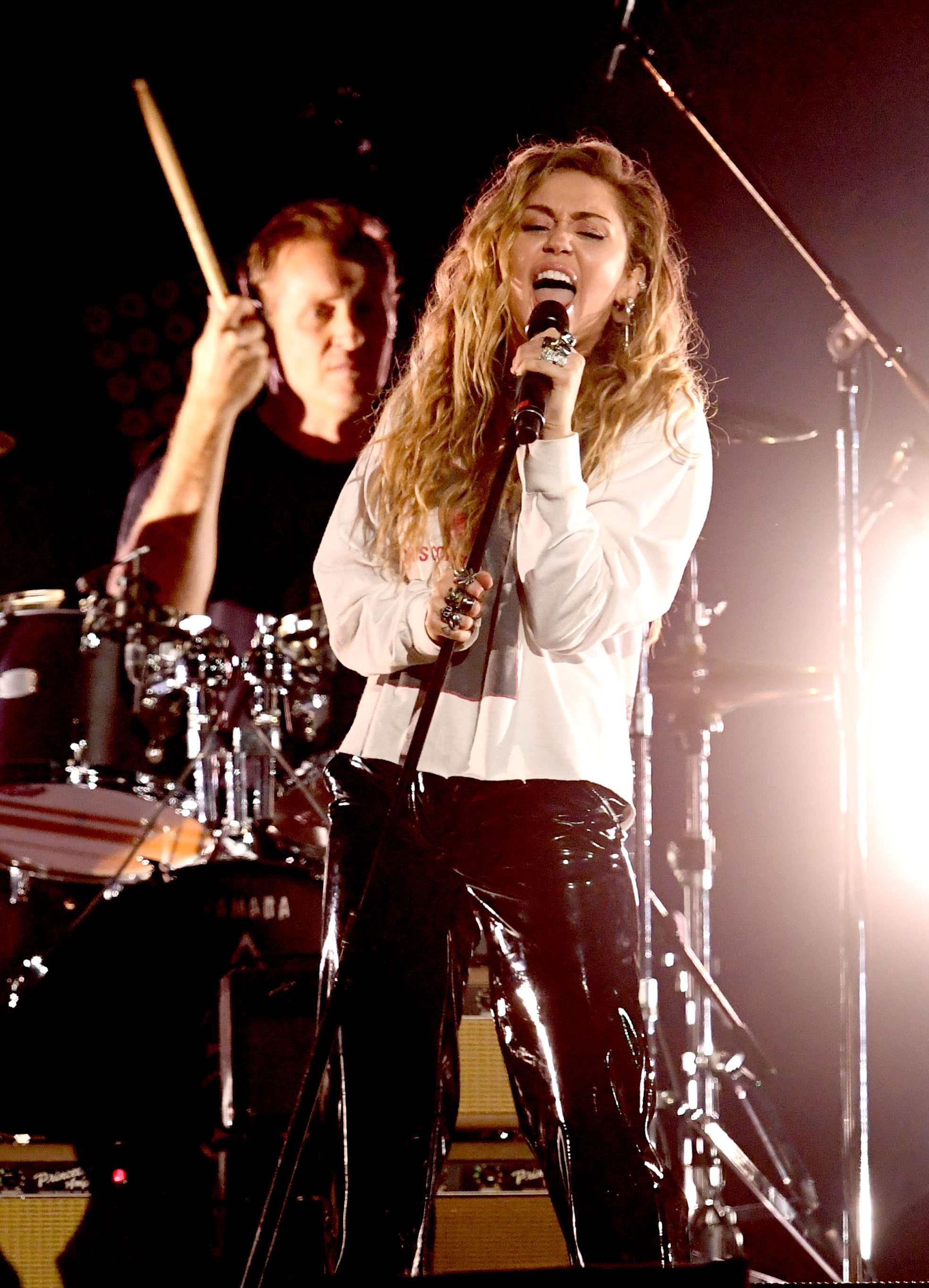 The “Nothing Breaks Like a Heart” songstress wore a Chris Cornell sweatshirt and leather pants for her performance of “Say Hello 2 Heaven” and later changed into a sparkly purple dress as she belted Cornell’s “As Hope and Promise Fade.” Cyrus later gushed over the experience alongside an Instagram video. “Say Hello to Heaven… had a heavenly experience with you tonight, Chris,” she wrote. “We felt you and heard you…. your words and spirit filled the room…. there was an overwhelming feeling of so much love… we miss you deeply … tonight was an honor.” 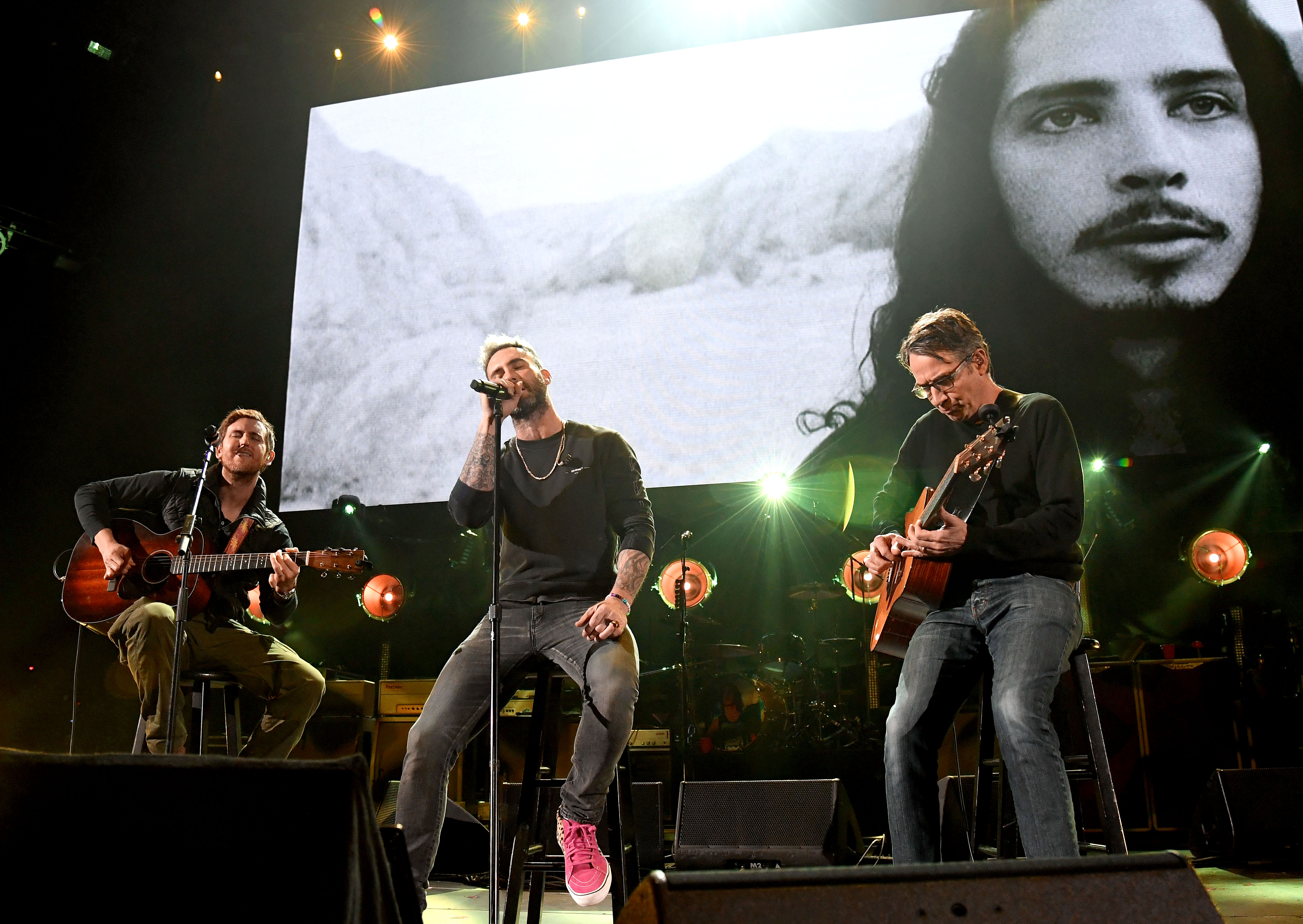 The Maroon 5 musicians were joined by Pearl Jam’s Gossard to sing “Seasons,” which Cornell recorded for the Singles soundtrack. 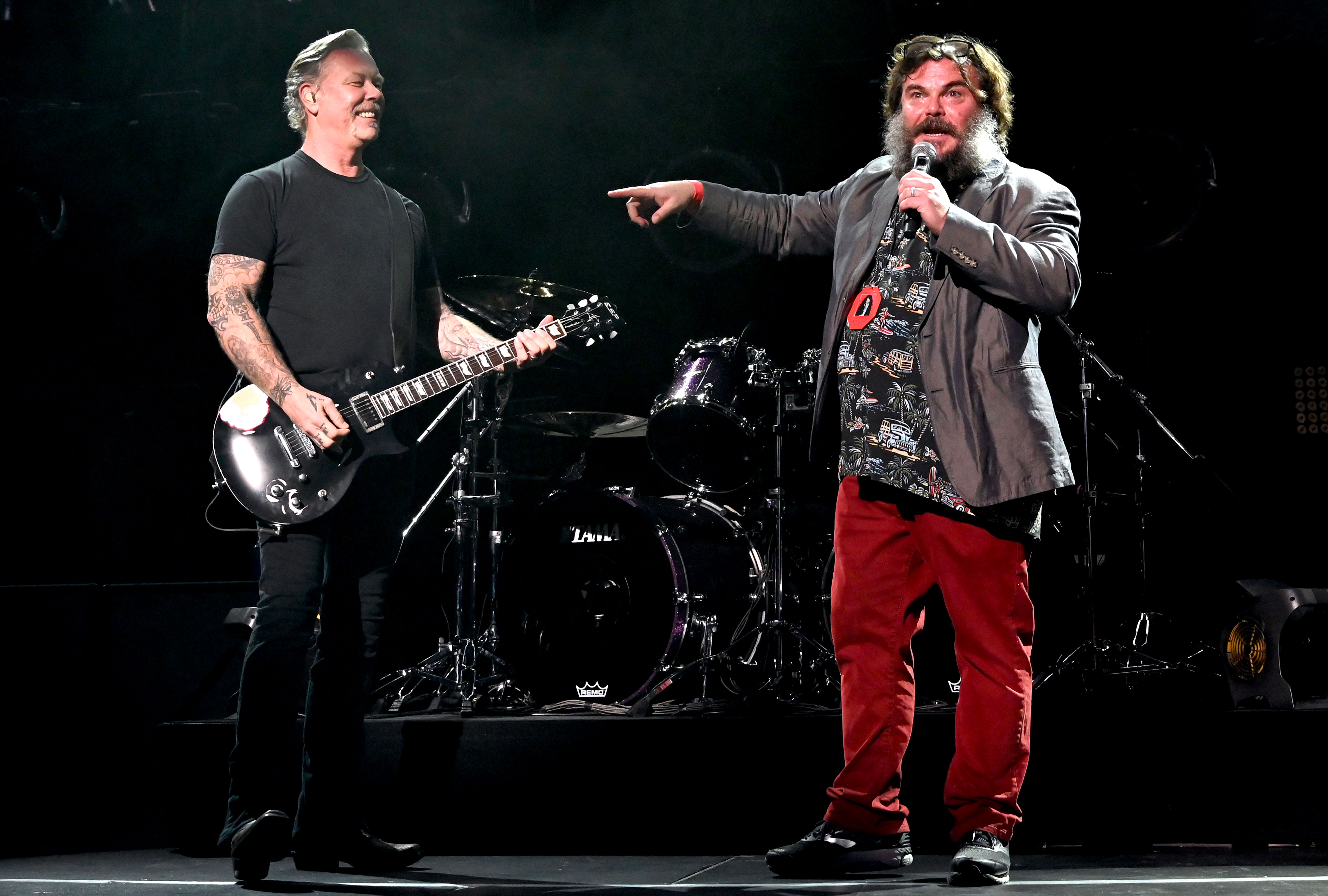 The comedian introduced the heavy metal band, who performed a four-song set. 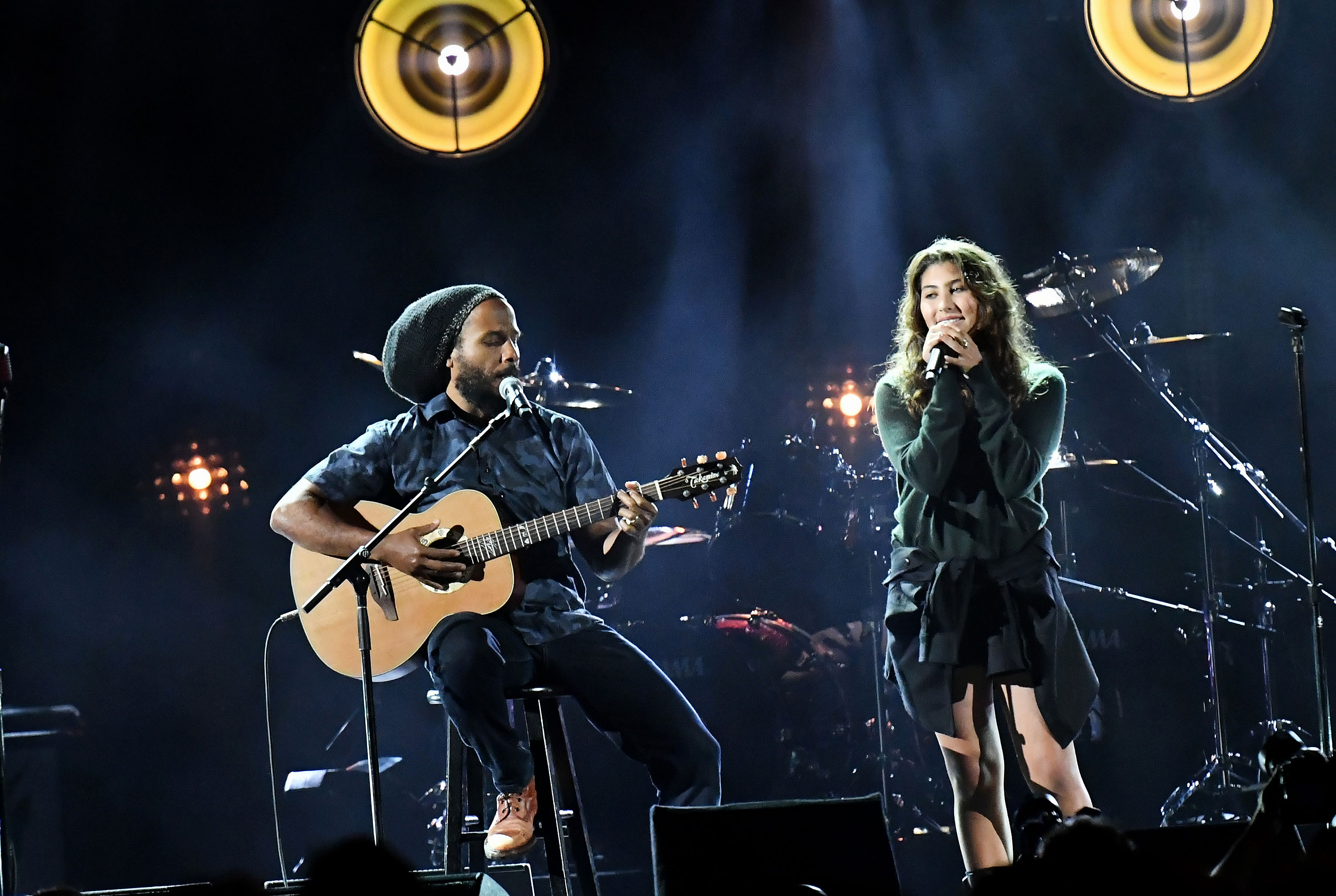 The teenager — whose voice is larger than life — beamed with pride while honoring her dad. (He was also the father of Lillian, 18, and Christopher, 13.) 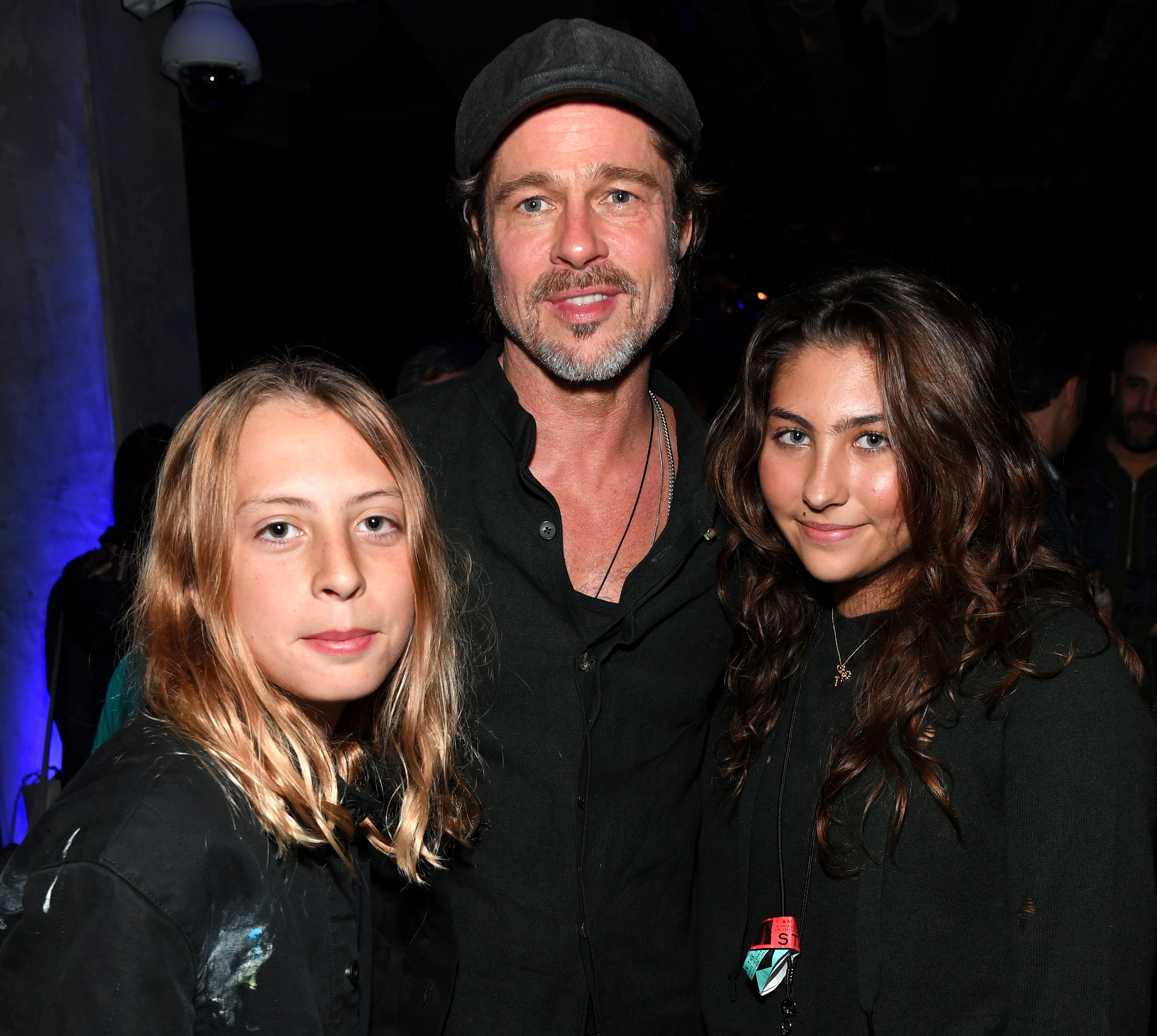 The actor posed with Cornell’s son, Christopher, and daughter Toni.