Slide away. Miley Cyrus and Cody Simpson have called it quits following their hot and heavy fling.

Page Six confirmed the duo’s split on Thursday, August 13. The singers had been all over each other ever since they were first spotted kissing in October 2019, not long after Cyrus, 27, split from husband Liam Hemsworth and then Kaitlynn Carter.

The “We Can’t Stop” singer was on a romantic rollercoaster following her separation from Hemsworth, 30, earlier this year. After nearly a decade of on-off dating, the Last Song costars finally tied the knot in December 2018, only to file for divorce less than eight months later. 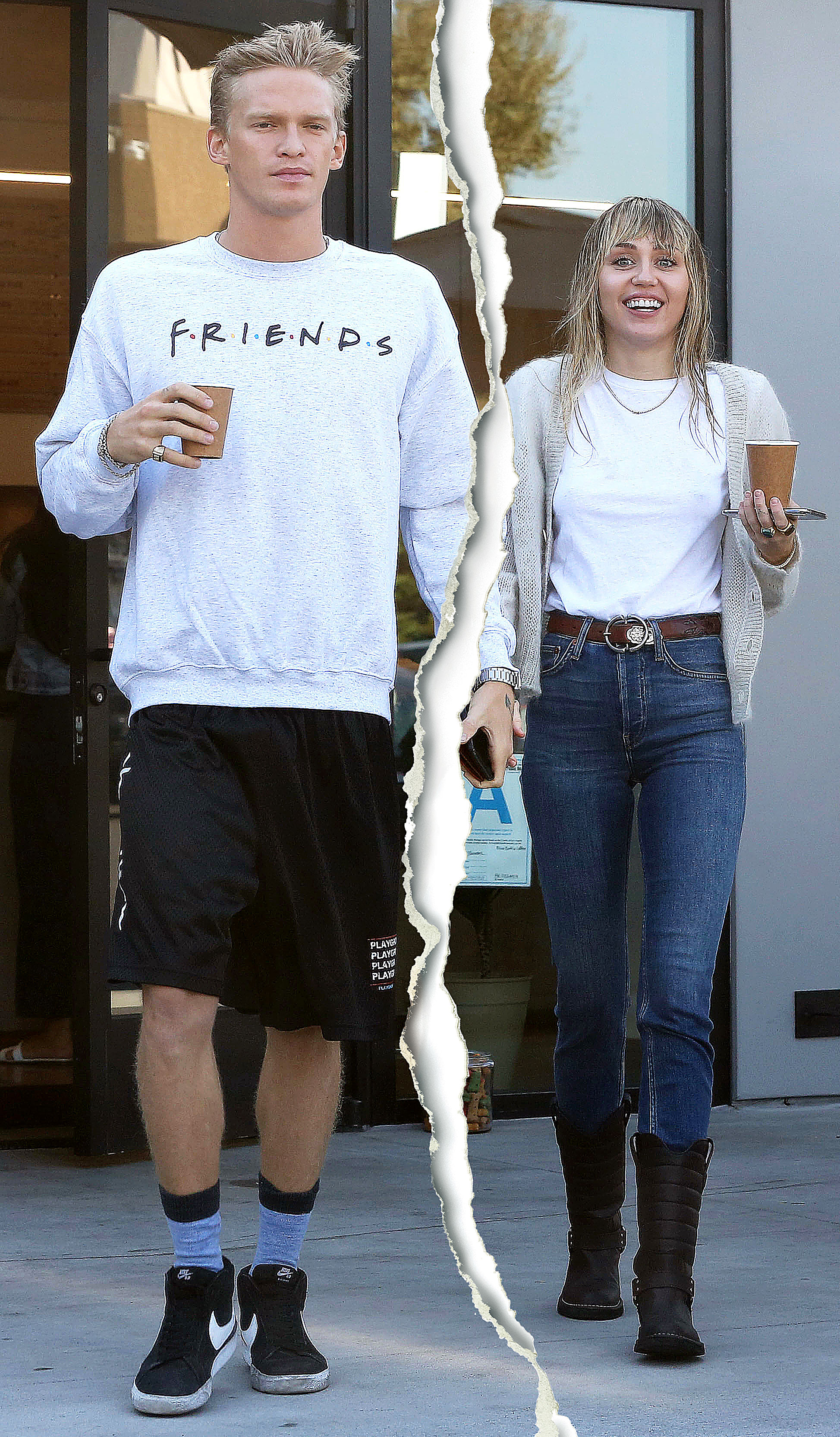 “Ever-evolving, changing as partners and individuals, they have decided this is what’s best while they both focus on themselves and careers,” a source close to the couple told Us Weekly at the time.

The day before the exes announced their divorce, the “Nothing Breaks Like a Heart” singer was spotted getting cozy in Italy with Carter, Brody Jenner’s ex. Cyrus and Carter, 31, bonded over their breakups and continued seeing each other for about a month before their flame fizzled out that September.

A Timeline of Miley Cyrus and Cody Simpson’s Relationship

About two weeks after the former Disney star broke up with Carter, she was spotted holding hands with Simpson, 23, in Los Angeles. An onlooker told Us at the time that the two “were not shy about showing their affection towards each other at all.” Cyrus confirmed she was dating the Australian singer via Instagram the next day. 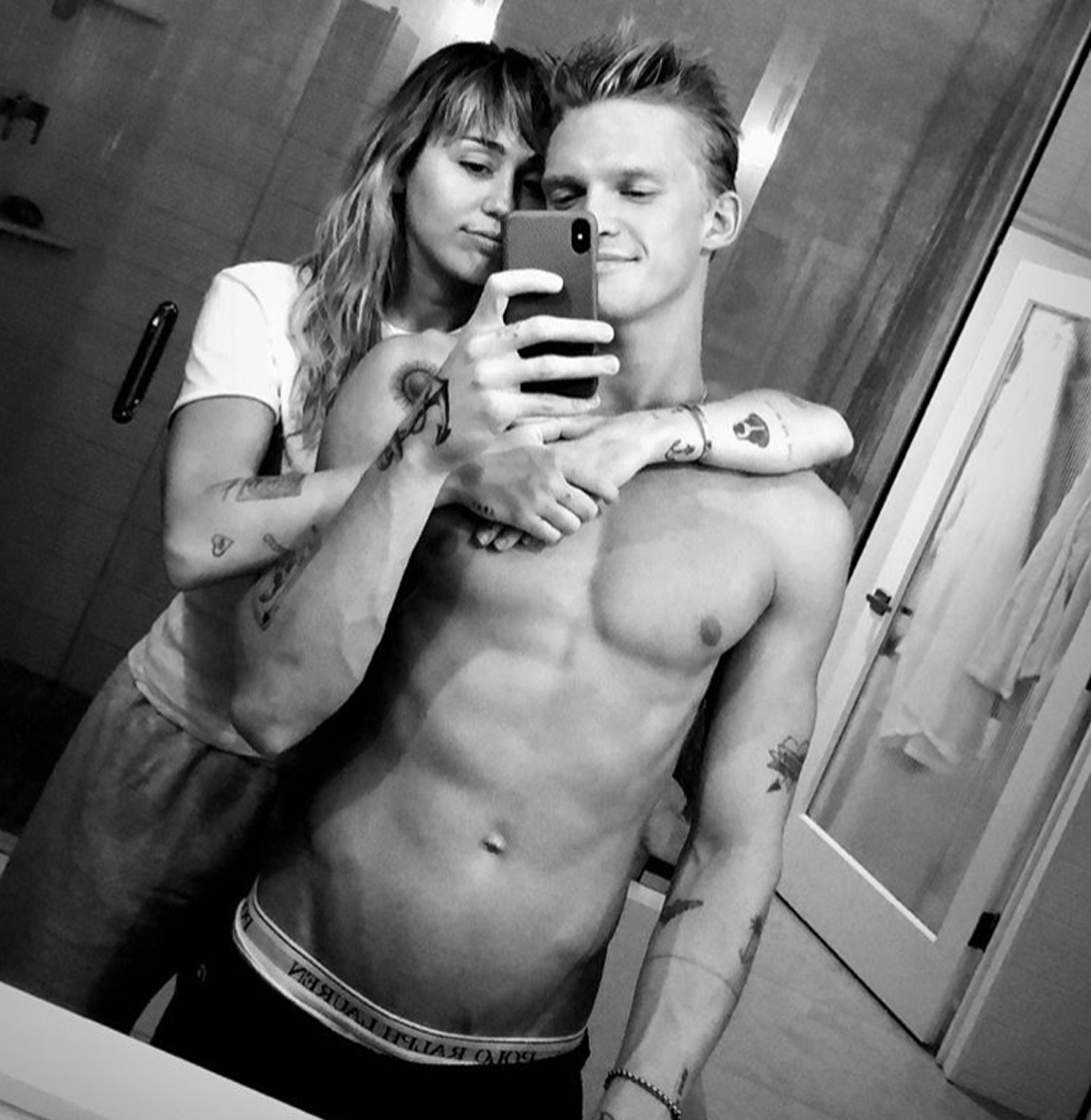 The pair were never afraid to partake in some in-your-face PDA, continuously showing each other love on social media and even venturing to get matching tattoos. In October 2019, Simpson gushed to Us about his whirlwind romance, saying he was “very, very happy” with Cyrus.

Miley Cyrus Through the Years: From ‘Hannah Montana’ to World Tours

“We just have a ball and that’s the most important part of a relationship,” the “On My Mind” singer said at the time. “We both met back in the day when we were partying a lot. We had a lot of fun then.”

The pair posted fewer and fewer photos with each other since last Halloween, leading many to believe that their steamy romance had cooled off. However, the duo got matching trident tattoos in March. Later that month, they adopted a mixed shepherd pup together amid the coronavirus pandemic.

The former duo’s most recent social media update came in early August, when Simpson posted a photo of the pair on the road and declared how he was “in love with my best friend.”