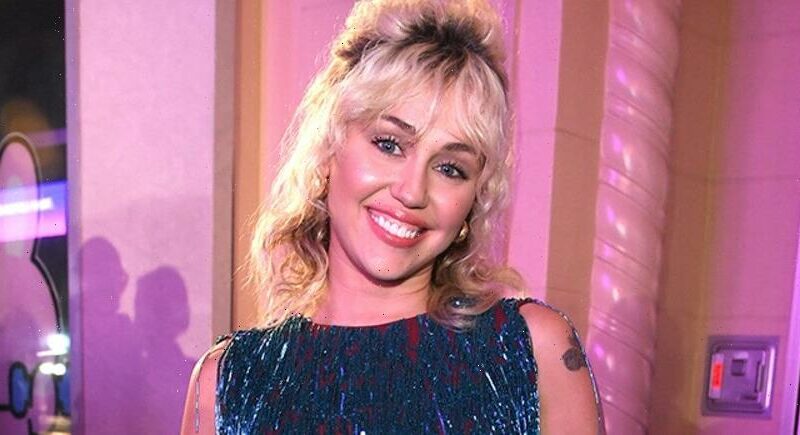 When Gucci came to Los Angeles to stage its "Love Parade" fashion show on Hollywood Boulevard, Miley Cyrus was one of the high-watt celebrities sitting in the front row — completely clad in the brand, of course. And while die-hard Gucci devotees and Cyrus's legion of fans have already pored over shots of her from the big night, she shared a few behind-the-scenes photos of herself getting ready for the event on her Instagram.

The gallery shows Cyrus clad in black underwear and a crop top along with Gucci's signature distressed sneakers, but the last image in the carousel shows the singer without the black top, holding her breasts in her hands as she looks down at the gold heels she's probably supposed to wear with the beaded gown behind her. Other shots have her holding a gold Jackie bag and posing with a bottle of perfume.

"The shoe that sold itself," she wrote alongside the snaps.

Gucci announced that Cyrus would be the face of its Flora Gorgeous Gardenia parfum earlier this year, following in the footsteps of Harry Styles and Dakota Johnson. And even when she's not starring in the storied Italian fashion house's ads, she's wearing its goods in her off time, including pairing Gucci heels with her merch, which featured a top that says "Miley made me gay."

And back in 2019, she wore nothing but Gucci lingerie to promote her album. It's clear that it's a match made in fashion heaven, whether she's actually wearing the clothes or not.