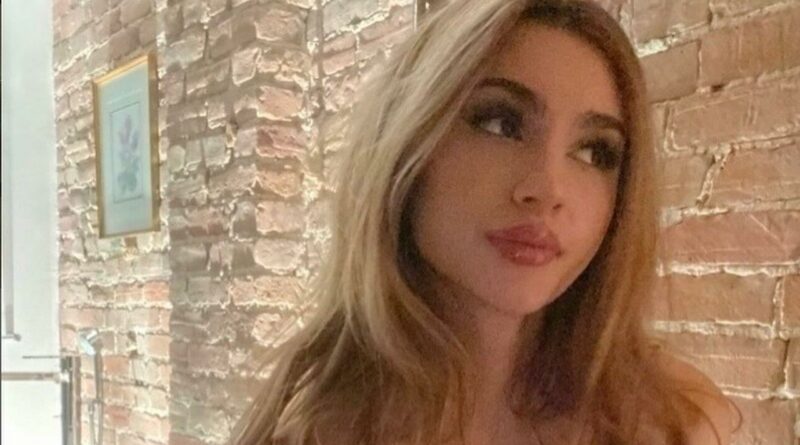 The former Miss Canada contestant has unfortunately succumbed to fatal injuries she obtained after taking her first solo jump in a skydive in Toronto last month.

AceShowbiz –Tanya Pardazi has passed away at the age of 21 following a skydiving accident. Gaining millions of views on the social media app under the name of @philosatea, the TikTok star – who was also a Miss Canada finalist in a beauty pageant – took part in a skydive towards the end of August in Toronto after taking lessons and succumbed to injuries sustained after her first solo jump.

“Saturday, August 27th, at approximately 6,00 pm EDT, a skydiving student aged 21 succumbed to fatal injuries obtained from an emergency situation,” skydiving company SkyDive Toronto said in a statement released on Facebook on Friday (02.09.22). “The skydiver released a quickly rotating main parachute at a low altitude without the time/altitude required for the reserve parachute to inflate.”

The company went on to explain that they are now working with the police on the situation and that they have been “profoundly affected” by the incident because they have spent half a century “refining” their training programme.

The statement continued, “The team at Skydive Toronto is currently working with the South Simcoe Police on their investigation.”

“The jumper was a welcomed recent addition to the skydiving community and will be missed amongst the student’s new friends and fellow jumpers of Skydive Toronto Inc. The team at Skydive Toronto Inc has been profoundly affected by this accident as they have refined their student training program for over 50 years.”

Following her death, close friend Melody Ozgoli explained that the tragedy has come as the “biggest shock” to those who knew her and described the late influencer as “adventurous” and was struggling to process the news.

She said, “Tanya had an interest in anything that was new and adventurous. She really lived every second to the fullest. This is the biggest shock to us. It’s very hard to process. It’s been a couple of days, but we still don’t even believe it.”