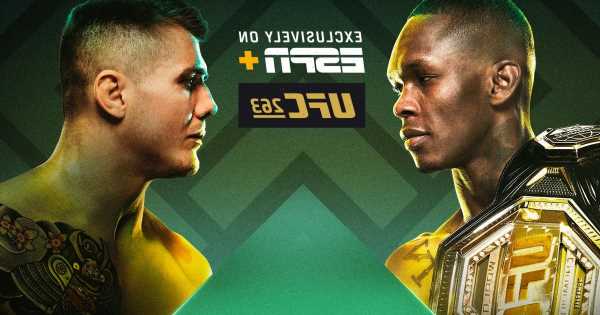 Nate Diaz is ready to make noise again inside the UFC octagon after sitting on the sidelines for the duration of the coronavirus pandemic.

Diaz, who hasn’t seen action since his “BMF” title fight with Jorge Masvidal in November 2019, makes his highly anticipated return at UFC 263 on Saturday when he meets Leon Edwards in a welterweight featured bout at the Gila Rivera Arena in Glendale, Ariz. The fight streams exclusively on ESPN+ pay-per-view at 10 p.m. ET following prelims beginning at 6:00 p.m. ET.

As one of the most popular fighters in UFC history, it’s always a memorable occasion when Diaz makes the walk to the cage. Even with two championship fights slated at UFC 263, including Israel Adesanya’s middleweight title defense against Marvin Vettori in the main event, and a flyweight title clash between Deiveson Figueiredo and Brandon Moreno in the co-headliner, he’s the center of attention.

The Many Faces of Kansas City's Music Scene

20 Best Country Songs to Play While Getting High

Diaz’s (20-12 MMA, 15-10 UFC) brand, which consists of 4.8 million Instagram followers and 1.7 million on Twitter, is the most powerful on a deep lineup of fights, and his uniqueness is shown by the fact the UFC made his bout with Edwards (18-3 MMA, 10-2 UFC) the first in company history to be scheduled for five rounds without a title on the line or a main event spot.

The matchup with Edwards came as a bit of a surprise. “Rocky” is the No. 3-ranked contender in the UFC welterweight rankings, but he doesn’t have the championship pedigree or name value of many of Diaz’s recent opponents over the years.

Diaz is a big enough star that he can have large influence over what fights he competes in, and he said he picked Edwards, who is unbeaten in his past nine bouts dating back to December 2015, because he values his work inside the cage.

“He’s the top guy, he’s the guy who has been beating everybody, so why wouldn’t I fight the best guy?” Diaz said. “It’s impressive when somebody can win that many times in a row in the big show… He knows how to win and he knows how to get it done, so it’s going to be a serious, but not serious fight. I gotta kill the motherf*cker.”

Given the notoriety Diaz brings to the sport, there’s already speculation that if he beats Edwards, he could be on deck to challenge dominant 170-pound champion Kamaru Usman for the belt in his next outing.

Diaz said he’s keeping his options open as far as what will come on the back end of UFC 263, but he knows one thing for sure: It’ll be something big.

“I don’t care if I lose, I’m (still) fighting for the title,” Diaz said. “The plan is win here and then we’ll see who’s next for me. … I’m rolling with the punches right now, but whatever I’m going to do it’s going to be bigger than anything anybody is going to do.”