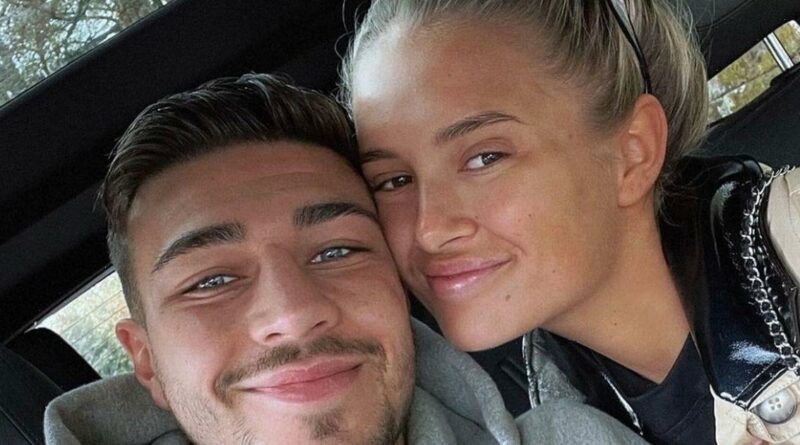 Molly-Mae Hague posted a snap of her sister and best friend Zoe Hague's sparkling diamond ring as she announced the wonderful news of her engagement at the weekend, and fans are convinced the star's boyfriend Tommy Fury will be proposing "next".

The couple have been one of reality TV's most loved-up couples ever since they met and started dating on Love Island in 2019.

While other partnerships have fizzled out since the end of the series three years ago, Molly-Mae and Tommy, both 22, have continued to go from strength to strength.

And as Zoe announced her boyfriend Danny had popped the question in a romantic Lake District proposal, it sparked questions over when boxer Tommy will follow suit.

Getting emotional in her latest post on Instagram, Molly-Mae captioned a sweet image of herself cuddled up to her beloved sister.

"My best friend just became a fiancée," the star wrote alongside a crying emoji, as the pair grinned and smiled in matching Nike loungewear.

In the next snap, the PrettyLittleThing creative director shared a close-up of the jewel, which was a simple-cut baguette piece.

Holding her sister's hand tightly, Molly-Mae seemed over the moon for Zoe as fans flocked to the comments to insist this was a sign.

Convinced it wouldn't be long before the social media influencer's beau plans a similar surprise, one person declared: "You're next."

"Really thought that was Molly's hand then was ready to cry," another fan squealed.

A third person begged: "Omg I hope you lot are engaged together at some point."

While a fourth follower teased: "@tommyfury take a hint."

One fan even went all the way to suggest Molly-Mae could have a "double wedding" with her sister and best friend if she gets engaged with enough time.

"It would be lovely for Molly to Maybe be lucky to plan a wedding with her best friend and have a double wedding," they gushed. "Think it's maybe time for Tommy to pop the question what do you guys think."

While fans are chomping at the bit for the couple to embark on the next chapter of their relationship, the Molly Maison home guru insisted she's completely focused on doing up her and Tommy's incredible mansion home for the time being.

In her latest YouTube video, the star revealed that all of their renovation plans could take a whopping three months to complete, but she was more excited for the journey than ever.

The £3million property is already stunning, and the social media favourite is taking her fans along the way as she embarks on the master bedroom and en-suite next.

For all the latest TV and Showbiz news, sign up to our daily newsletter here.