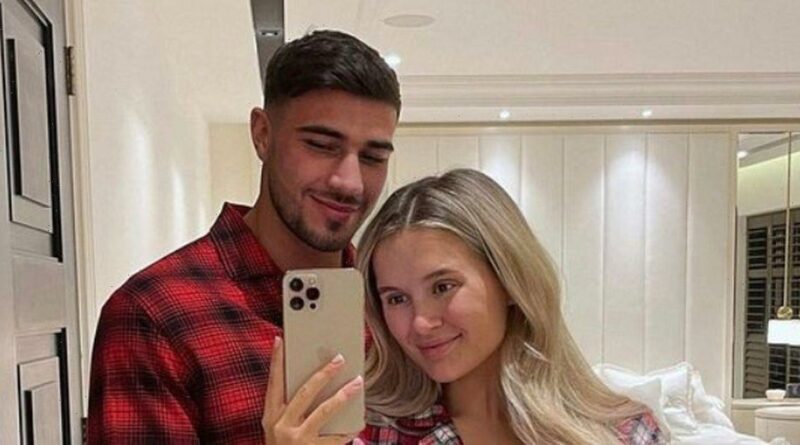 Love Island star Molly-Mae Hague is expecting her first child with boxing boyfriend Tommy Fury, and is set to give birth this month.

As she counts down the days until her due date, the PrettyLittleThing creative director, 23, has revealed one of her pregnancy cravings in a hilarious video on Instagram.

Fans have noticed that Molly's cravings have often centred on cleanliness, with the star previously confessing she is obsessed with the smell of shower gels.

In a new video, Molly-Mae shared that one of her cravings is washing people's hands as she "begged" Tommy, also 23, to allow her to clean his hands over and over again.

She wrote: "Some people go out on a Friday night … I just beg my boyfriend to let me clean his hands with a sponge for the 20th time. Side note his hands aren't dirty, I just can't quench this craving enough."

It comes after the influencer spoke of being so "obsessed" over the smell of chlorine, she prefers it to perfume.

"All I crave at the minute is clean scents… shower gels, body scrubs, bubble baths," Molly said. "I can’t walk past the shower and not want to throw myself in. Any pregnant ladies had this as their craving??

"Oh and the smell of chlorine in swimming pools is better than any perfume to me right now."

Molly-Mae hasn't got long to go at all after revealing she has just got "a couple of weeks" remaining until she embraces motherhood for the first time.

Speaking on her YouTube channel, the star began to share: "I know I've not been like specific with dates, and due dates, and everything but I'm not obviously at the very end of my third trimester.

"I have done most of it. I literally only have a couple weeks left now before I give birth. It's crazy.

"I'm still not going to be specific about due dates like I've been, that's literally my most asked question."

During her first pregnancy, Molly has been open about her body changing day by day – admitting she "didn't think she would ever get stretch marks".

Molly-Mae continued as she told the camera: "I don't know why. I've always been blessed with quite good skin on my body, aside from the fact I did suffer with a bit of eczema."

"I thought I might get a couple but I won't get loads and I was really wrong. I've gotten a serious amount of stretch marks, mainly on my boobs.

"My boobs are unrecognisable, I'll be completely honest with you."

The star finished by adding that she has "used every single cream, oil and balm" to help with her stretch marks, but "nothing has worked".