Taking sides. Molly Shannon criticized Kim Cattrall for her approach to the feud between herself and her Sex and the City costar Sarah Jessica Parker.

“I don’t think that’s the way to handle something,” Shannon, 54, said during her Thursday, October 4, appearance on Watch What Happens Live With Andy Cohen. “I think if you have something like that, whether it be personal, you should deal with it personally.” 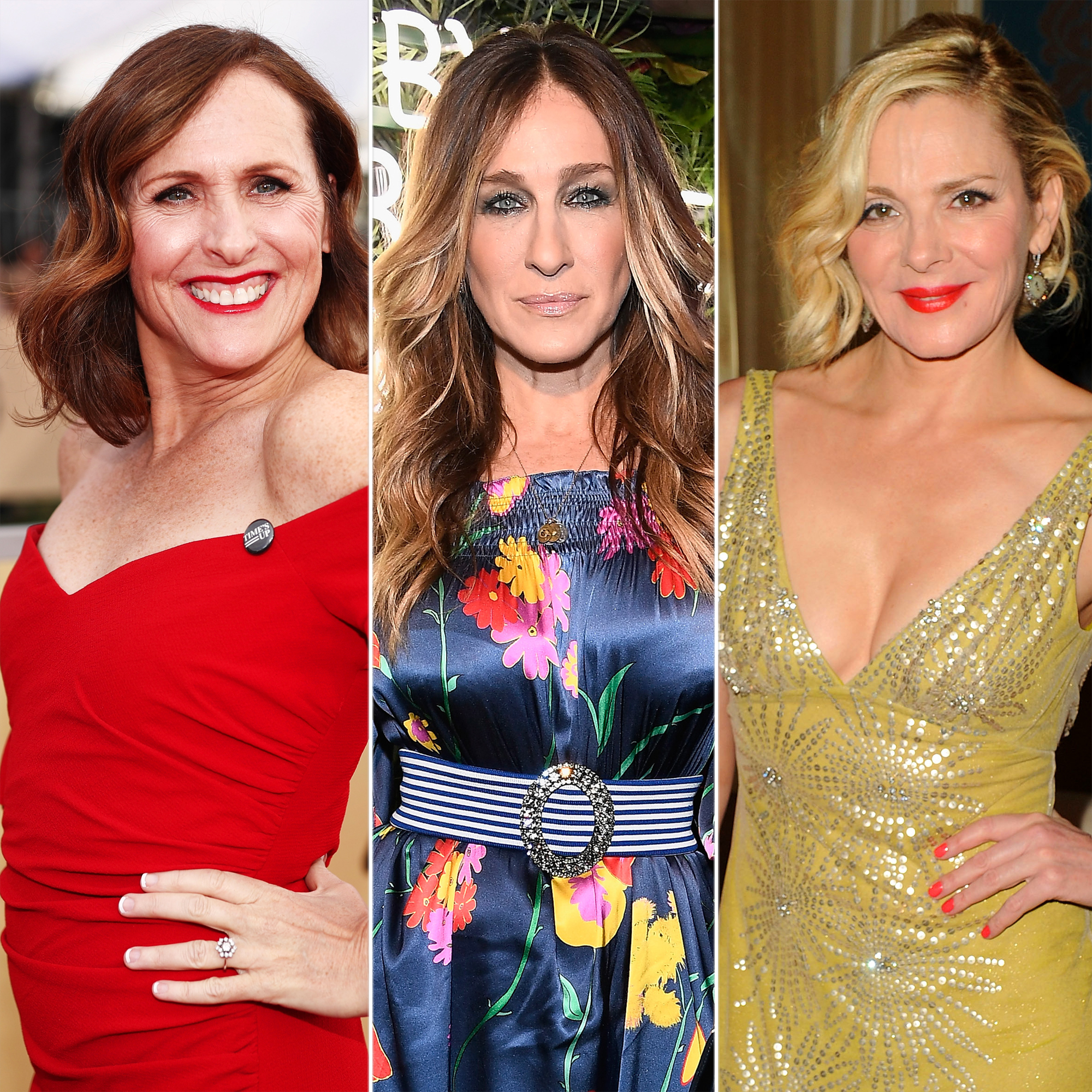 The Saturday Night Live alum, who stars with Parker on the HBO series Divorce, then applauded her costar. “And Sarah Jessica’s just the greatest, so I didn’t like it,” she reiterated.

Shannon previously praised the 53-year-old Failure to Launch actress when the rift came up in February. “For me, Sarah is just so supportive and so wonderful and we just get along so well,” the Superstar actress told Entertainment Tonight at the time. “We just get along so well. It doesn’t really feel like work because we have so much in common, and she loves funny women and is just so genuinely supportive and kind, and like a girls-girl. I just feel lucky that I get to work with her.” The Will & Grace actress also called Parker “true Hollywood royalty.”

The SATC feud stems back to talks about the third film, which Cattrall, 62, would not agree to do. The Tell Me a Story actress repeatedly lashed out at Parker in public, saying in October 2017 that the Hocus Pocus star “could have been nicer” when speaking about the follow-up’s demise and again in February when the designer sent her condolences after the death of the Mannequin star’s brother.

However, Parker insisted in April that there is no beef between the women. “I’d just like to remind everybody that there is no catfight. I have never uttered an unkind, unsupportive, unfriendly word, so I would love to redefine that,” she told Vulture. “I also want to remind everybody that there were four women on the set and I spent equal time with all of them, so this was not a set with two women who didn’t get along.”

She added: “I’ve always held Kim’s work in high regard and always appreciative of her contributions. If she chooses not to do the third movie, there’s not a lot I can do to change her mind and we must respect it. That’s the only thing I’ve ever said about it, you know?”

A SATC set source told Us Weekly in February that the women’s issues began during season 2 of the HBO series, noting, “They hated each other.” However, a friend of Cattrall revealed, “It wasn’t this bad during filming.”

Meanwhile, Parker surprised fans when she claimed on Instagram earlier this week that she is “not sure [she] could imagine doing another movie without” Cattrall.