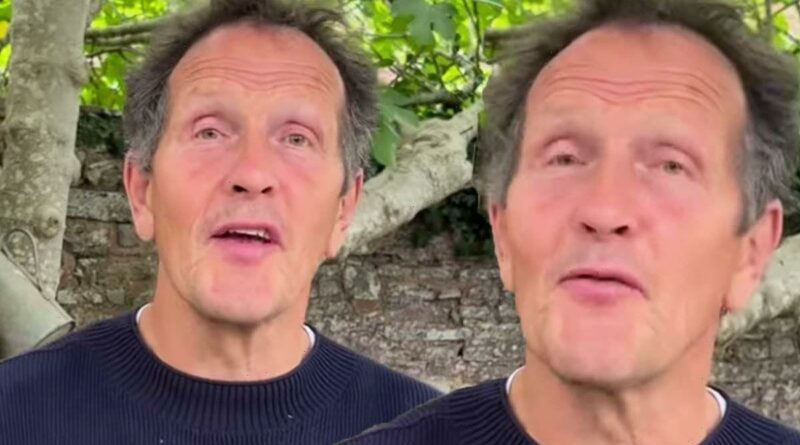 Monty Don, 67, logged onto Instagram earlier today to give fans an insight into his family life as he shared a heartwarming picture. The Gardeners’ World star reminded his 1.1 million followers that the end of the series is near as he posted a picture of his beloved dogs.

In the snap, the pooches could be seen taking a nap together in their fluffy bed, with Monty claiming they were feeling “gloomy”.

The presenter captioned the shot: “Dogs gloomy because it is the last Gardeners’ World of this series at 9 pm tonight on BBC2.

“But there will be 4 special programmes in December and we will all be back early next Spring.”

Fans of the well-loved horticulturist rushed to the post’s comments section to let him know their thoughts on his update.

Commenting on Monty’s new puppy Ned, Christinairvine2020 commented: “Ned is going to be huge by then!

“Any tips on ripening the chillis? Still on plants in a cool greenhouse. Thank you.”

Luke_sargent said: “4 programmes to look forward to in December?

“That’s one more than last year! No grumbling from me at all.”

Wrayscott added: “Wish you’d carry on over winter. It really brightens up my week.

“But I do understand you may want a break. Thank you for all the joy.”

Waw3_2 typed: “This time of year makes me feel quite sad.”

“At last, at last. Yes?” said Rachel, to which Monty responded: “Well, it’s about time, we have to say.”

However, the presenter added: “But it will mean some changes, won’t it?”

“Yes,” Rachel stated. “I think it will mean that you get to see what we do backstage and how the whole thing works.”

“And occasionally, the odd tip might come your way too,” Monty teased. “So follow us now.” (sic)

The Instagram page has already amassed thousands of followers since Monty’s announcement and various posts from behind the scenes have been shared so far.