Morgan Stewart and Jordan McGraw are engaged after less than a year of dating.

The Rich Kids of Beverly Hills alum, 31, revealed on Saturday, July 4, that she had gotten engaged to the “Met at a Party” crooner. 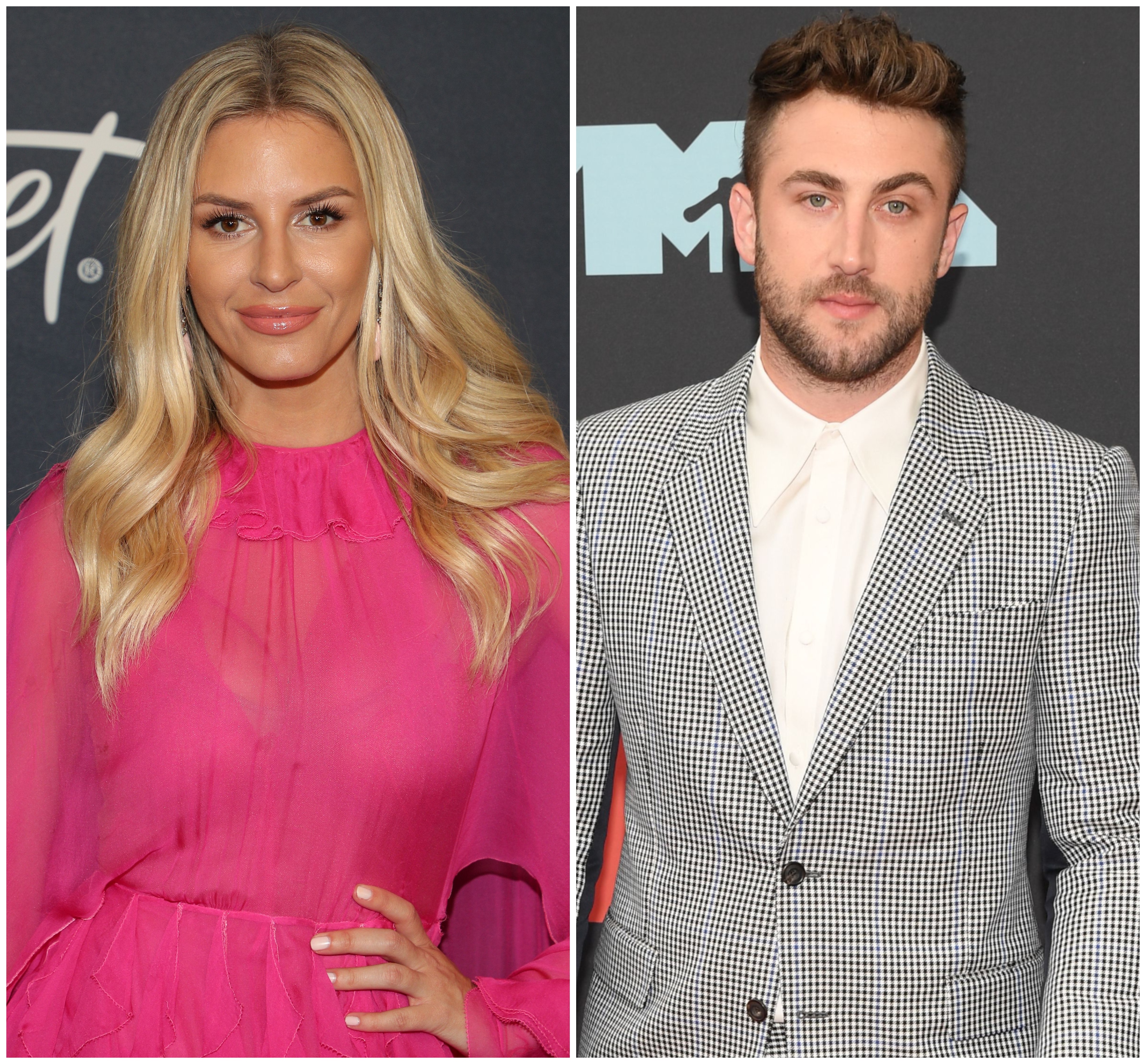 “Fireworks,” she captioned a photo on Instagram that showed her smiling as she showed off a massive diamond ring on her left hand while wearing a one-piece swimsuit.

Us Weekly exclusively revealed in March that Stewart and the singer, 34, had been dating “for months.”

The new relationship began shortly after the Daily Pop cohost filed for divorce from her husband, Brendan Fitzpatrick, in October 2019 after three years of marriage and six years together.

“They’re so happy together,” a source told Us exclusively at the time. “Jordan’s family also loves Morgan and is supportive of their relationship.”

A second insider told Us that McGraw, who is the son of TV doctor Phil McGraw, “is really happy with Morgan.”

The pair sparked speculation that they were seeing each other in February after Jordan shared a photo with Stewart in Paris. A few weeks later they exchanged flirty comments on each other’s Instagram posts and the former reality TV star featured the country crooner on her Story. They also shared photos of cocktails they made as they self-isolated amid the coronavirus pandemic.

Celebrity Couples Who Are Self-Quarantining Together

A day after Us broke the news that the couple were an item, they spoke about their fledgling relationship in a Nightly Pop Instagram Live.

“You wanna know a very fun fact, you guys? We dated 10 years ago for a year and then he broke up with me,’” the E! host revealed. “And I was like, ‘Fine, whatever. I don’t care.’ And then I went on obviously to have another relationship and then the past year we got back together.”

She then joked that they ended up seeing each other again because “he was persistent, and I was like, ‘Alright.’”

They confirmed they were quarantining together amid the COVID-19 lockdown, staying in a house on the beach in Malibu. McGraw, who opened for the Jonas Brothers on their Happiness Begins tour, told fans that spending time together is “all entertaining all the time.”