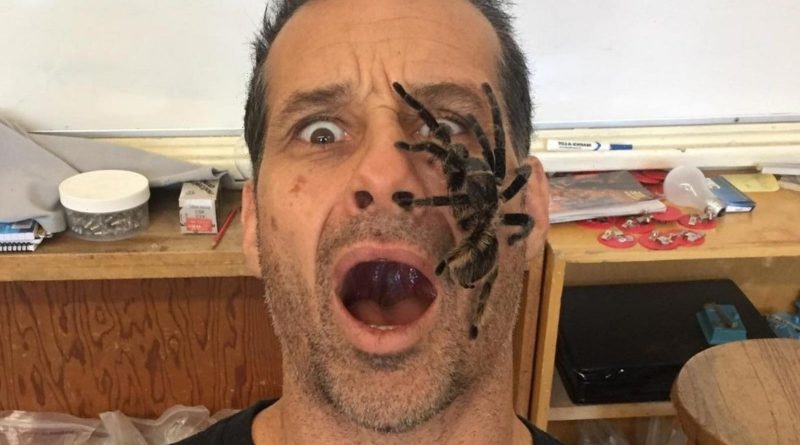 If you love being on the edge of your seat when you binge watch TV, you have probably seen Naked and Afraid. The show, which previous contestants have declared to be not entirely authentic, follows two strangers living in “extreme environments” (and you guessed it), without any clothes, per Discovery. The “male-female duo” do not have any food or water, and only have “one survival item each” as they figure out how to adapt to their environment. Naked and Afraid XL presents the same concept, but a group of people have 40 days to survive the elements.

The new season, premiering April 25, 2021 on Discovery, will feature 12 previous contestants dealing with oppressive heat, 10 foot alligators, and the venomous cottonmouth snake in Louisiana’s Atchafalaya Basin for 60 days, according to People. Each day brought on new challenges, but Matt Wright could not handle the mosquitoes.”There were times where I thought the mosquitos were going to carry me off,” he said. “The bugs there were worse than anything I’ve ever encountered.”

Gary Golding is a notable competitor from the series, and he found himself in the kind of trouble you only get into in the civilized world with a gross-out video stunt. We should probably warn you now that it involves the butchering and consumption of dead sea life.

When Gary Golding is not surviving the elements on Naked and Afraid XL, he spends his time as a “wilderness guide and teacher in Los Angeles,” according to Twitter. He even appeared to make the most of his alone time during the pandemic, by kayaking with whales and dolphins.

Golding does not have the best track record with sea life, though. In January 2020, he posted a video (per TMZ) of himself eating a deceased baby dolphin in Laguna Beach, Calif. First claiming he wanted “to know if there’s any plastic in the stomach,” Golding began slicing the dolphin up right on the beach. Then, after declaring he didn’t “want to let this thing go to waste,” Golding then proceeded to grill several parts of the dolphin, including its heart, which he tasted on camera, remarking that it was “definitely gamey” and “maybe not seasoned the best.”

According to the Orange County Register, Golding could have violated the Marine Mammal Protection Act. “We’re looking into the details of this incident,” said Laguna Beach Lifeguard Captain Kai Bond. “We are in a Marine Protected Area and he may have violated the Marine Mammal Protection Act.” It’s unclear what, if anything, happened with the investigation, but Golding later acknowledged his actions were wrong in a response to a critic on Twitter. “I had no idea it was illegal and now we all learned,” he wrote, adding, “Do you see ALL I really do in the area of nature awareness? I mean come on, it’s my life.