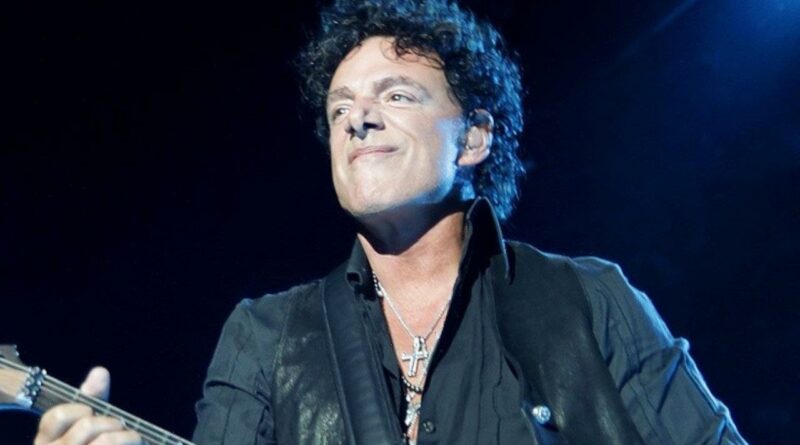 The Journey rocker has decided to sell off 112 collectibles, including his 1974 Guild F-50 acoustic, via Heritage Auctions on July 31 to ‘make room’ for new purchases.

AceShowbiz –Journey rocker Neal Schon is giving fans the chance to own one of his many guitars by selling off more than 100 instruments in an online auction.

The singer has decided to put 112 collectibles up for grabs via Heritage Auctions on July 31 to “make room” for new purchases.

“These are guitars I’ve been collecting for a very long time,” Schon explained in a statement. “And it’s time to let go of some of my collection to make room for new arrivals.”

One of the pieces up for grabs is Schon’s 1974 Guild F-50 acoustic, which was used to create the Infinity album tracks “Wheel in the Sky” and “Patiently” back in the 1970s.

“It was my room warm-up guitar, many years before Steve Perry came into the band,” the musician shared. “I had an endorsement with Guild at the time, and they made me that F-50. It holds that history, and it’s on a lot of famous songs.”

“Patiently was the first song I wrote with Steve Perry in my room with that guitar. I had the chords that I’d been working on, and when he started singing them, we had a song like in about a half an hour, so it does have that history. And as we grew and the audiences got bigger, and the songs became, like, treasures to so many [sic].”

Schon is also parting ways with the 1977 black Gibson Les Paul used on rock classic “Don’t Stop Believin’ “, and a 1969 Gibson Les Paul Goldtop, which he used when he was just 17 and was invited to perform with Santana.

In addition, he’s including some truly rare Les Paul guitars from the late 1950s and early 1960s – because they are no longer getting any use sitting in storage.

Schon continued, “Everybody’s like, ‘Oh, that ’59 Les Paul is the Holy Grail, how can you get rid of that?’ And I’m like, ‘If I’m not going to play, I feel like somebody should be able to really play it, that’s going to totally use it and appreciate it.’ “

“I don’t feel good about having them all in cases, these guitars I’m never going to really play on albums or live or anything. They’re not meant to sit there and look beautiful. Somebody should be utilising them, and I should allow somebody to, because there are not that many of them around. And, quite frankly, I’m happy with what I’m playing.”