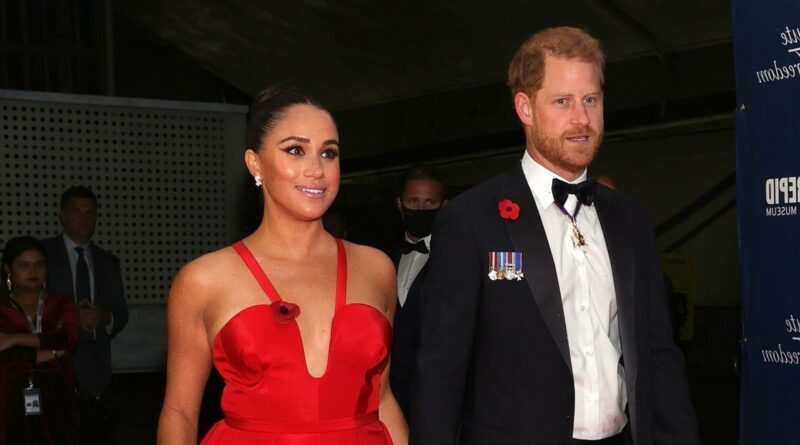 Netflix has issued an unexpected statement following reports claiming their documentary following the lives of Prince HarryandMeghan Markle has been postponed.

During the past 12 months, the Sussexes have often been spotted with cameras following them and since the Queen's death, fans have wondered what will happen to the footage.

On Monday night, it was claimed that the release date for the doc has been pushed back, partially in light of Netflix's other Royal battle surrounding upcoming episodes of The Crown.

Another factor was said to be that the Duke and Duchess of Sussex are keen to make edits to the film following the Queen’s passing.

However, Netflix has issued a statement saying: ”There’s never been any documentary from the Duke and Duchess of Sussex confirmed.”

A source had told Hollywood news websiteDeadline: “They’re rattled at Netflix, and they blinked first and decided to postpone the documentary.”

It was previously claimed that Harry, 38, and 41 year old Meghan's docuseries was due to drop before Christmas – around a month after the premiere of the fifth season of The Crown.

The series is a co-production between Netflix and Archewell Productions and OK! has reached out to both for comment.

Over the weekend, it was reported that producers allegedly haveconcerns with comments Harry and Markle have made, which appear to contradict what he wrote in his upcoming memoir.

According toPageSix, some of the couple's statements in the docuseries are said to "contradict" those of the one's made in Harry's yet-to-be-released book.

“A lot in the show contradicted what Harry has written, so that was an issue,” a senior Netflix source revealed to the publication.

“Then Harry and Meghan made significant requests [to filmmakers] to walk back content they themselves have provided, for their own project,” the source added. "A lot in the show contradicted what Harry has written, so that was an issue.”

It comes after reports that Harry has made a desperate bid to edit much of the book in the wake of his grandmother's death and the outpouring of public grief, amid concerns that it could be deemed insensitive.

The book's publisher Penguin Random House is said to have paid Prince Harry around £20million for the memoir.