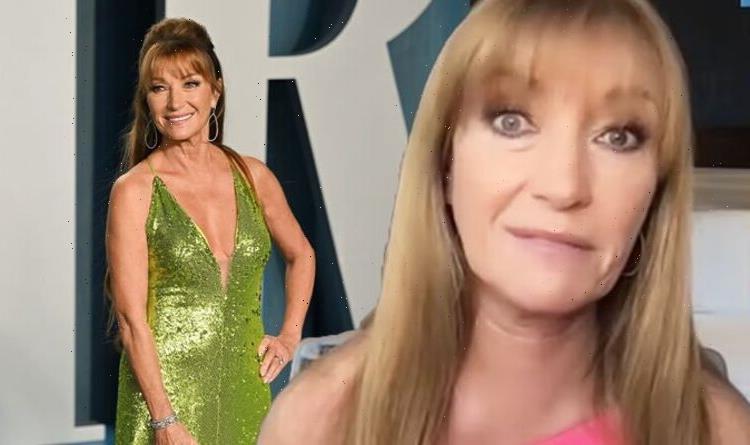 Jane Seymour says she was 'honest' about cosmetic surgery

Jane Seymour, 71, was recently called out after admitting she had never had plastic surgery despite being candid in the past about undergoing procedures. The Hollywood actress appeared on Steph’s Packed Lunch today to promote her new series Harry Wild and addressed her previous comments.

They got it wrong.

Speaking to Steph, Jane said: “They got it wrong and I’ll set you right… I was asked when I did Wedding Crashers if I had done anything, so I was honest, I’m always honest.

‘I said, ‘Yes, when I was 40, I had my breasts improved because my two children had been fed quite well and I felt they needed a little help’.

She continued: “I used to have, I still do, actually, a bit of a bulge under my eyes and the photographer I was working with said, ‘It’s very simple they can do something and help get rid of that bulge and would you please do it because it takes too long retouching?’

“I don’t have anything against anyone doing plastic surgery. I’ve never said that I haven’t done anything.”

Jane had previously been asked whether she’d had any cosmetic surgery during an interview with the Daily Express.

She said: “I am unusual in Hollywood in not having any work done, I only know one other actress who hasn’t had it – though she might have now!

“I felt as an actress I needed to have all the moving parts moving. And I’m at the point in life where it’s not all about looking perfect – it’s about playing a character.”

Jane has openly discussed her breast surgery at the age of 40 in the past as well as her eye lift and trying Botox once.

In 2007 the actress said that after giving birth to her twins, she decided to have implants, although they were unusually small by Hollywood standards.

She said in 2012: “It was 20 years ago. I’d breastfed my first two children and things weren’t what they had been.

“I’d never had a big bust – I always say they had to make smaller implants just for me, but I wanted the shape back.

“Clothes fit and look better. It was a good move,” she said to the Daily Mail.

Jane also disclosed to People that she had a “minor” eyelift in the 90s.

She recalled to People: “It was more than a decade ago. Genetically, I had baggy eyes and photographers said they didn’t want to spend money endlessly having to eradicate them.”

This is light years away from Jane’s usual roles, including playing a Bond Girl in the 1973 film Live and Let Die, alongside Roger Moore.

She was glowing in the cleavage-baring number as she showcased her enviable figure.

Jane went for a smokey-eyed makeup look, with a nude lip, not to take attention away from her eye-popping dress.