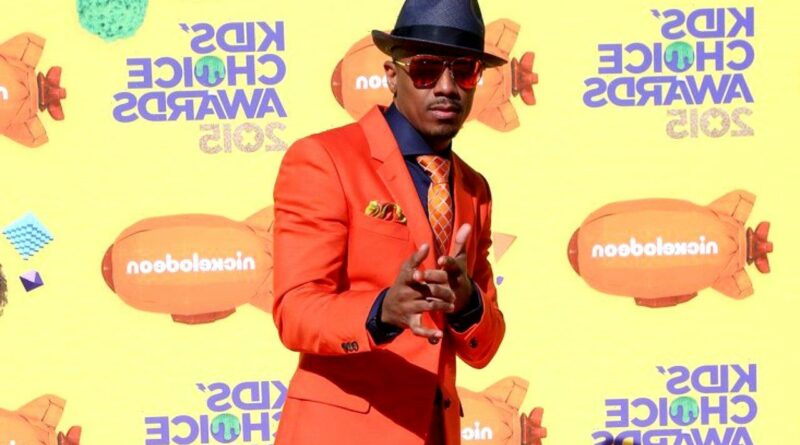 ‘The Masked Singer’ host, who has welcomed four children with three different women within a year, states that he takes the move because his therapist told him to be ‘celibate.’

AceShowbiz –Nick Cannon is not going to welcome another child in the near future. Having fathered seven children from four different women, “The Masked Singer” host declared that he’s going to “take a break” from having kids.

“I’m not sitting out here planning it. My therapist says I should be celibate,” the 40-year-old said when sitting down with Entertainment Tonight. “Okay, give me a break bus. I’m [gonna] take a break from having kids.”

“I come from a big family, I have several siblings, [and] being raised in an unorthodox family by my grandparents at times, I’ve experienced such a wide range of upbringing that I have such a love and passion for kids and family,” the comedian further divulged. “I want a big family too. The Lord has blessed me with what I asked. Ask and you shall receive.”

Noting that he wants to be “transparent” about his personal life on his new show “Nick Cannon“, he told the outlet, “I want to be transparent. Never been a person that’s shied away from talking about my life.” He added, “But I want to refocus it on others. I’m gonna be talking for an hour each and every day, hopefully people get to know me in a very intimate way. If I’m in the headlines the night before, I’m definitely talking about it the next morning.”

Nick made headlines in June after welcoming three new additions to his family just within a month. On June 14, he and Abby De La Rosa welcomed twin sons Zion Mixolydian and Zillion. Just days afterward, model Alyssa Scott announced that she’s expecting her first child with him and gave birth to baby boy Zen on June 21.

Aside from three babies, Nick shares 10-year-old fraternal twins Monroe and Moroccan with his ex-wife Mariah Carey. He is also a father to 4-year-old son Golden “Sagon” Cannon and 9-month-old daughter Powerful Queen Cannon, whom he shares with his model ex Brittany Bell.

Nick previously admitted that he has “these kids on purpose.” When speaking on his Power 106 Los Angeles radio in July, he further elaborated, “I don’t have no accident!… Trust me there’s a lot of people that I could’ve gotten pregnant that I didn’t… The ones that got pregnant are the ones that were supposed to get pregnant.”