‘Seeing her hot and sexy again has him really turned on,’ according to a source about the former spouses.

AceShowbiz –
Mariah Carey‘s inspirational weight loss impresses ex-husband Nick Cannon, much that he’s desperate for a second chance with the pop star. But the actor/rapper can do nothing but “waiting,” since Mariah is currently dating her younger back dancer Bryan Tanaka.

That doesn’t stop Nick from hoping to get back with the “All I Wish for Christmas Is You” singer though, as a source says to HollywoodLife.com, “Nick is waiting on the sidelines for things between Mariah and her boyfriend Bryan to go sour.” 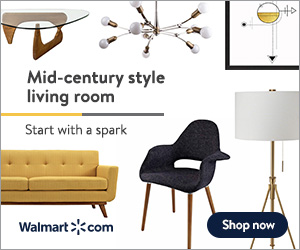 “He’s being very slick about it though and is always super friendly with Bryan,” the source continues. “He’ll even say stuff like how great they are as a couple, but he’s totally gaming it. He wants to win Mariah’s heart again so he’s waiting patiently for his chance.”

The source adds that Nick starts wanting her back after she looked incredible following 50 lb weight loss. “Nick never stopped loving Mariah, and seeing her hot and sexy again has him really turned on,” the source shares.

However, Nick allegedly is not rushing his way to Mariah. “He’s being very smart and not coming on too strong, but he’s ready and waiting to swoop as soon as the time is right,” according to the source. “Nick’s patiently waiting for his second chance with her. Nick knows Mariah well, and he knows what she likes.”

It’s not entirely impossible for the exes to rekindle their romance. Nick and Mariah, who share their 6-year-old twins Moroccan and Monroe, have been pretty civil as they co-parent their children together without much problem. In fact, they were once rumored to give their failed romance another go because they seemed too friendly with each other, though Nick shut down the rumors, saying that it was all for the sake of their kids. The pair recently reunited to take their children to the Kid Choice Awards.