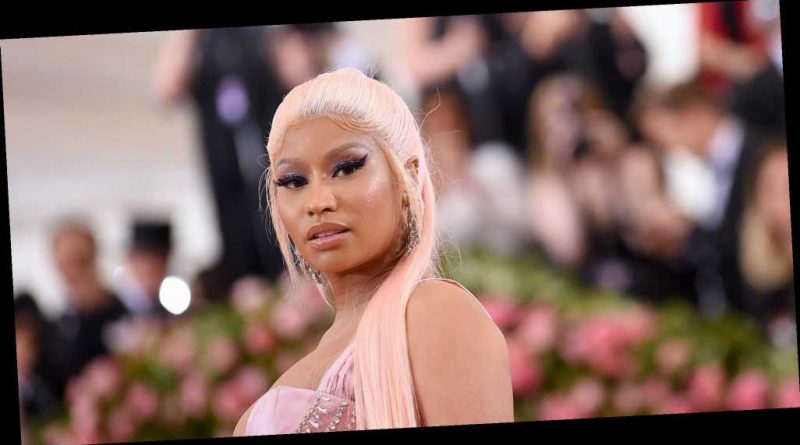 Nicki Minaj welcomed her son three months ago, and up until recently, we had no photos of the baby boy (except for a glimpse of his tiny foot), or any idea of his real name (he goes by Papa Bear). However, this weekend, one of those mysteries was officially solved.

On Saturday, Minaj shared a first look at her little one on Instagram — and he has major style. In one photo, he's dressed up in all-Fendi with a watch that's bigger than his hand, a diamond bracelet, and a big chain necklace that says, "Papa Bear." During a short clip, the tot smiles big while wearing a Gucci tracksuit, and in another snapshot, he is pictured sporting Burberry separates in a toy Bentley.

"#PapaBear thank you so very much for choosing me to be your mama," Minaj captioned the sweet snapshots and accompanying video. "Wishing you guys a happy & prosperous New Year. Thank you for your love & support throughout this journey. It’s meant so much to me. Becoming a mom is by far the most fulfilling job I’ve ever taken on.”

She concluded her message with a special shoutout to all the new moms during the pandemic. "Sending love to all the superhero mothers out there," Nicki wrote, adding: "Big hugs to all the women who have been pregnant during this challenging time."

While Minaj still hasn't shared her son's name, she did reveal what it was going to be. "You know what his name was supposed to be? I think l might still change it," she shared during a chat on her fan radio, according to ET. "A lot of people said they liked it, but I said, 'Nah.' His name was going to be Ninja."She added, "I changed it at the last minute."

If you ask us, Ninja Petty has a nice ring to it.