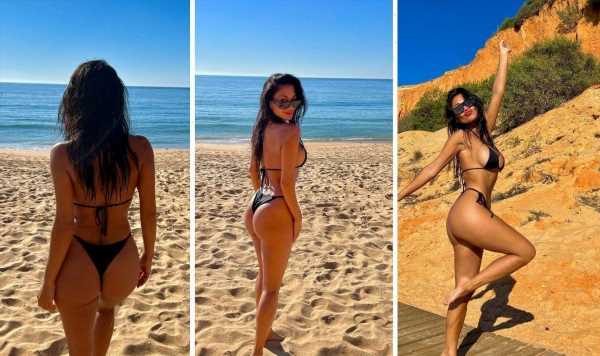 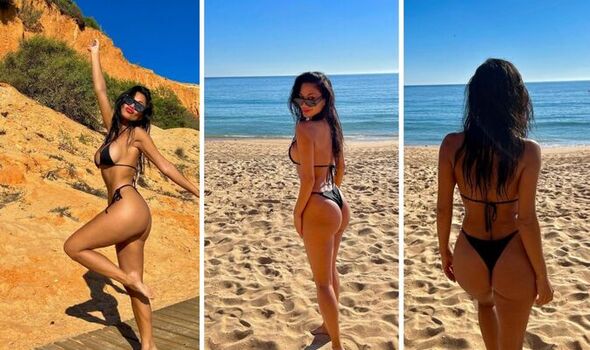 The star was holidaying in Portugal as she posed for the busty shots.

Nicole Scherzinger, 44, has taken to Instagram looking sensational as she dressed in a skimpy black bikini for a day out on the beach in Portugal. The star posed for a flurry of snaps this weekend in full view of her 5.3 million followers.

The singer and X Factor judge put on a busty display for fans as she threw her hands in the air in celebration while skipping excitedly down the sand towards the sea.

Her long, dark locks framed her shoulders in a wet-look style, while dark shades covered her eyes from the beaming sun as she pouted for shots.

The Pussycat Doll decided to go makeup-free to show off her clear, smooth complexion.

She wrote in the caption: “Sun-day. Bun-day. Fun-day.” 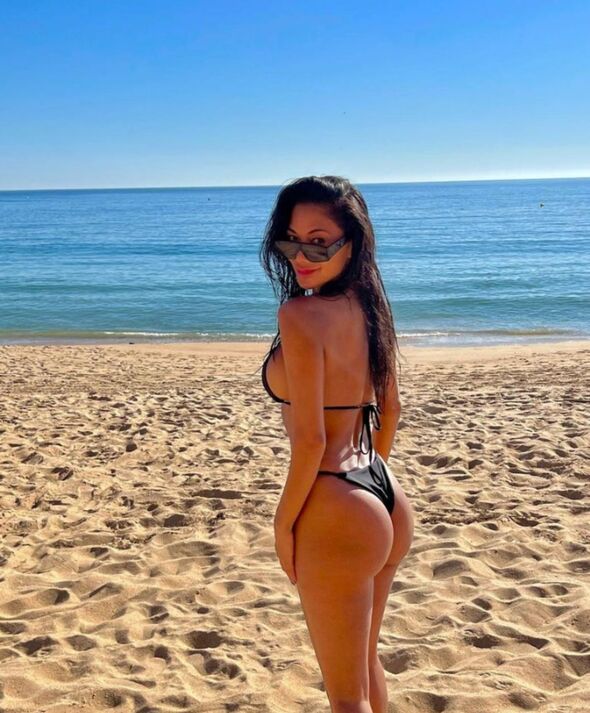 It came after Nicole reunited with an old X Factor pal 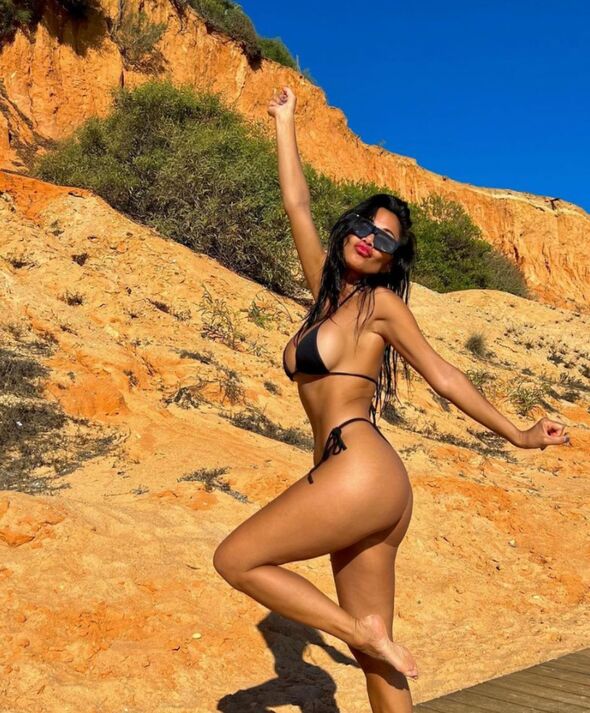 Nicole Scherzinger paid a visit to Gary Barlow to watch A Different Stage at the Duke of York Theatre. 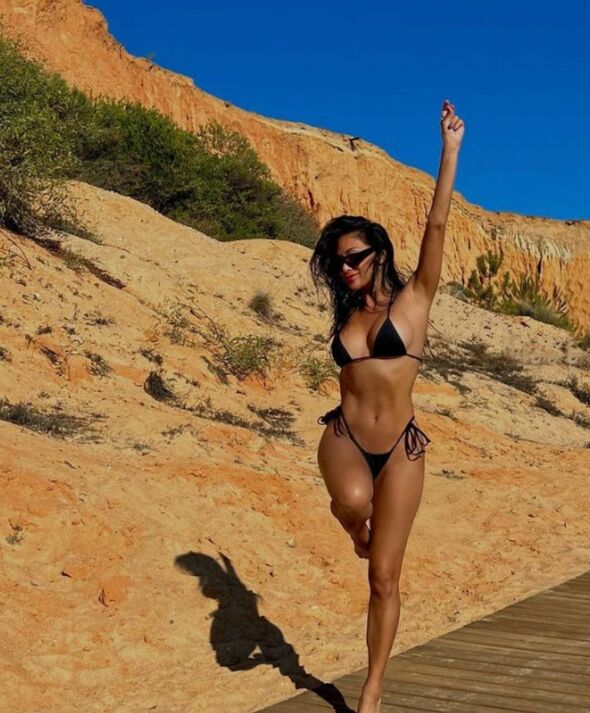 The pair met at the 2007 MTV Europe Music Awards in Munich. 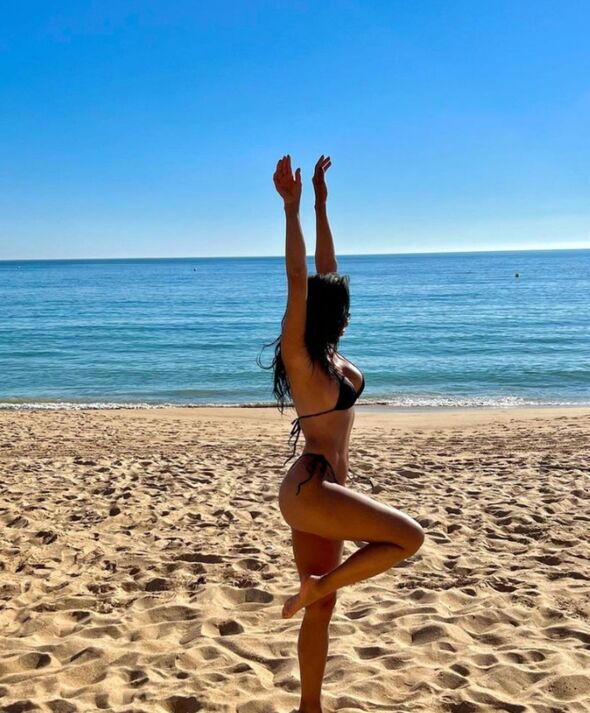 She became involved with Bulgarian tennis player Grigor Dimitrov in 2016. 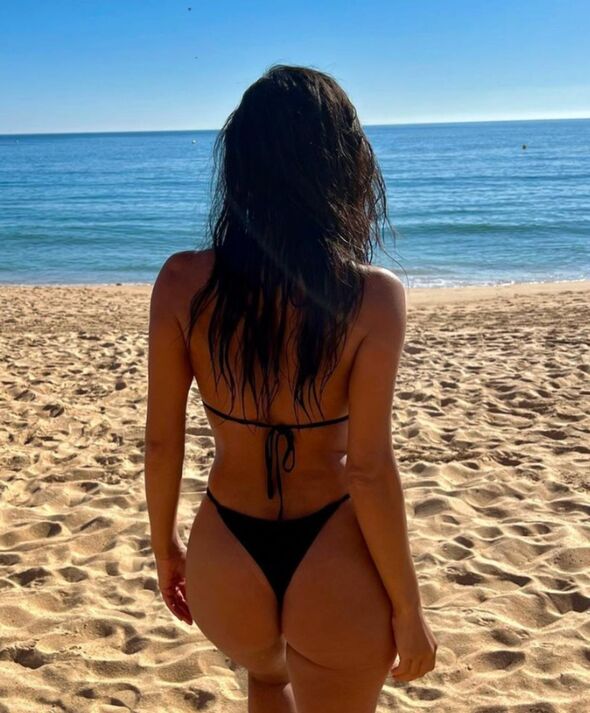 After ending things with Grigor in 2019, the star has since started dating Thom Evans

She started dating the Scottish rugby player in 2020. 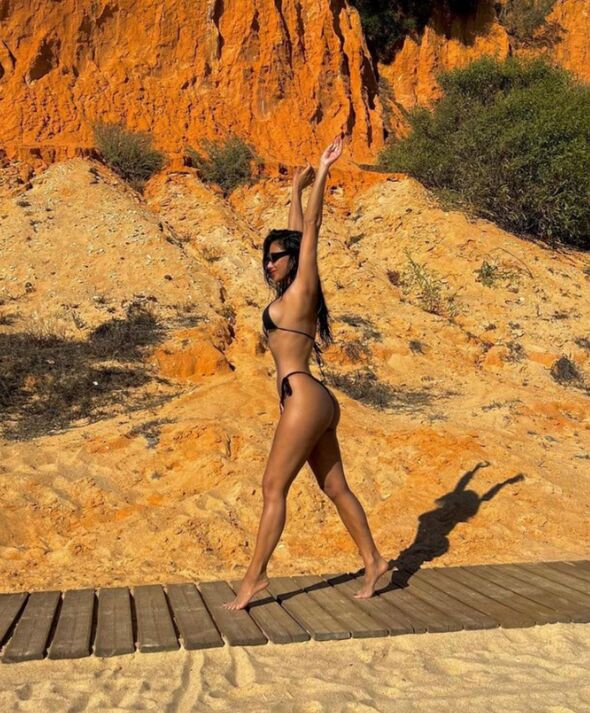 Nicole Scherzinger was the lead singer of the Pussycat Dolls

The group became one of the best-selling girl groups of all time.