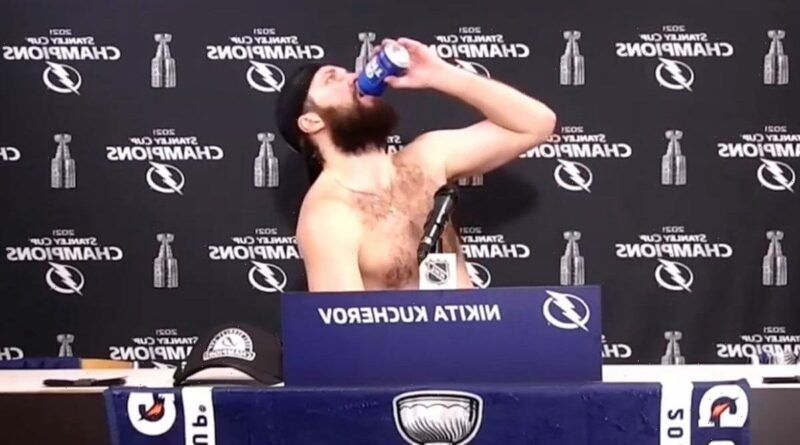 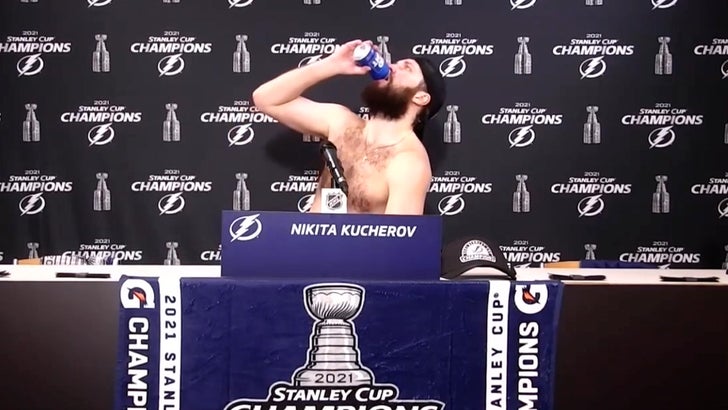 It all went down after the Bolts eliminated the Habs in 5 games in Tampa … securing their second-straight Cup.

Kucherov — easily one of the best players in the league — was feelin’ himself after the game … and had a very special message for their opponents’ fans.

Kucherov had every reason to celebrate — he missed the entire regular season due to hip surgery … and returned to lead the playoffs in scoring with 32 points in 23 games. 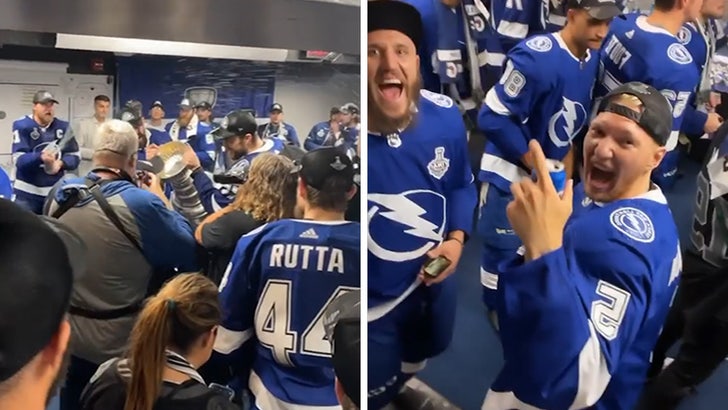 Meanwhile, Kuch’s teammates were going wild in the locker room … poppin’ bottles and dancing — as if they didn’t just do this a year ago!!

And, get this — Patty Maroon (who just won his third-straight Cup) even got his parents to chug booze out of the trophy!!

The Lightning weren’t the only ones singing and celebrating — their fans were lit outside the Amalie Arena, singing “We Are The Champions!!!”

Conn Smythe winner Andrei Vasilevskiy was a bit more on the chill side — recording himself on the ice as his teammates received Lord Stanley. 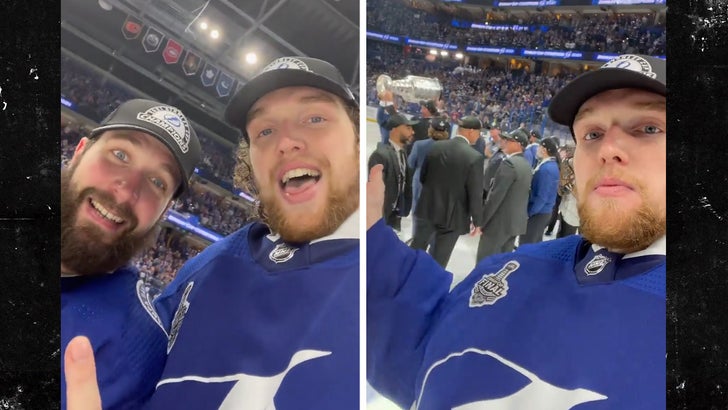 The party ain’t over …. a parade is possibly in the works for Monday according to city officials.

Will this be a remake of the epic Tom Brady tossin’ the Lombardi trophy boat celebration?!

Per Stanley Cup’s Twitter .. “I’m too heavy! to throw”