Home » Celebrities » ‘Not sure because it’s woke!’ Jeremy Clarkson on relocation dilemma if he ‘quits Britain’ 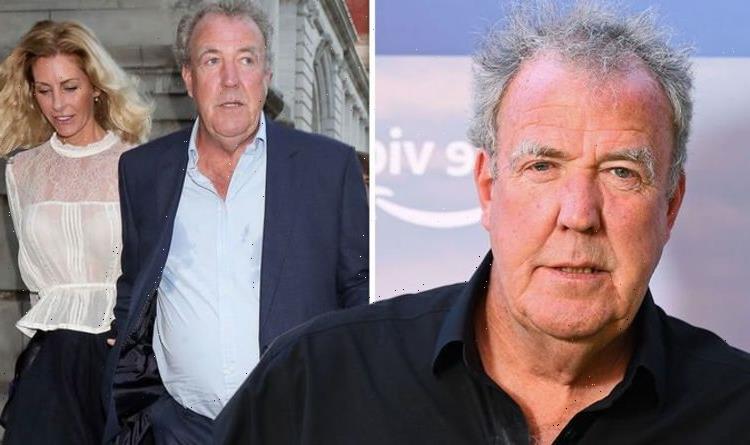 Former Top Gear presenter Jeremy Clarkson, 61, has insisted he would never consider emigrating to popular destinations Australia and New Zealand, despite his concerns that Britain is “busted”. The Clarkson’s Farm host, who lives in Chadlington, Oxfordshire, where his Diddly Squat Farm is based, explained Poland would be a better option for him if he ever decides to “quit” the UK.

It comes after Jeremy argued that the combination of Brexit and the Covid pandemic is “too complicated” for Britain’s government to handle in one of his latest columns.

However, Jeremy was quick to admit he wasn’t worried enough about the current issues in Britain to move to “woke” countries.

He penned in his new column: “The only reason for going is that you’ve become unemployed, your wife has left you, your kids hate your guts and you have just one follower on Instagram.

“So, on the face of it, Australia is ideal for those who’ve had enough of Britain — but now I’m not so sure because, God, it’s woke.

“And New Zealand is even worse. It is now so right-on that the BBC is calling the country ‘progressive’ and happily licking the back of its prime minister, who couldn’t deal with the pandemic because she was putting her baby to bed.

“Give me strength,” the presenter fumed.

The star added to The Sunday Times: “Maybe, then, this is why no one is suggesting they up sticks from the busted flush that is Britain: everywhere else is just as bad or even worse.

“However, we are all forgetting one part of the world where I suspect we’d all be quite happy. Eastern Europe. Or, to be specific, Poland.”

Jeremy then quipped: “We’re sitting around now moaning about how all the lorry drivers and builders have gone home to Poland and won’t come back, so fine: if that’s what we want — well-made houses and regular bog roll deliveries — why don’t we all move to Warsaw as well?”

The star went on to credit Polish people for having a good sense of humour and praised the fact that the country boasts “proper seasons”.

Jeremy’s comments come amid reports of a shortage of HGV drivers in Britain.

The situation has sparked concerns about supply chain problems ahead of Christmas.

The UK’s lorry driver shortage has been caused by a combination of Covid, Brexit and other factors.

It has already affected petrol stations, supermarkets, and has left containers piled up at Felixstowe Port which can’t be moved.

Last month, the government said it would grant up to 5,000 temporary visas for HGV drivers from abroad.

However, they have not all been issued yet.

Ministers are now planning to make temporary changes to cabotage rules, which govern how many jobs a haulier can complete in a foreign country.

He said: “It is very tight but our supply chain is pretty robust.

“They have worked through coronavirus and they will work through this as well.”