Don’t blame Olivia Munn! The actress spoke candidly about her relationship with her ex-boyfriend Aaron Rodgers for the first time and responded to the reports that she was the reason he allegedly has a strained relationship with his family.

“I have kind of avoided speaking about him for a long time,” Munn, 37, began in a Wednesday, May 23, interview with Andy Cohen on SiriusXM’s Radio Andy. “Before I go on a talk show, you know, he’d be like, ‘Yeah, you can say something about me if you want.’ And it was like, I didn’t normally talk about relationships and those things, and he actually didn’t mind it, or kind of liked it.” 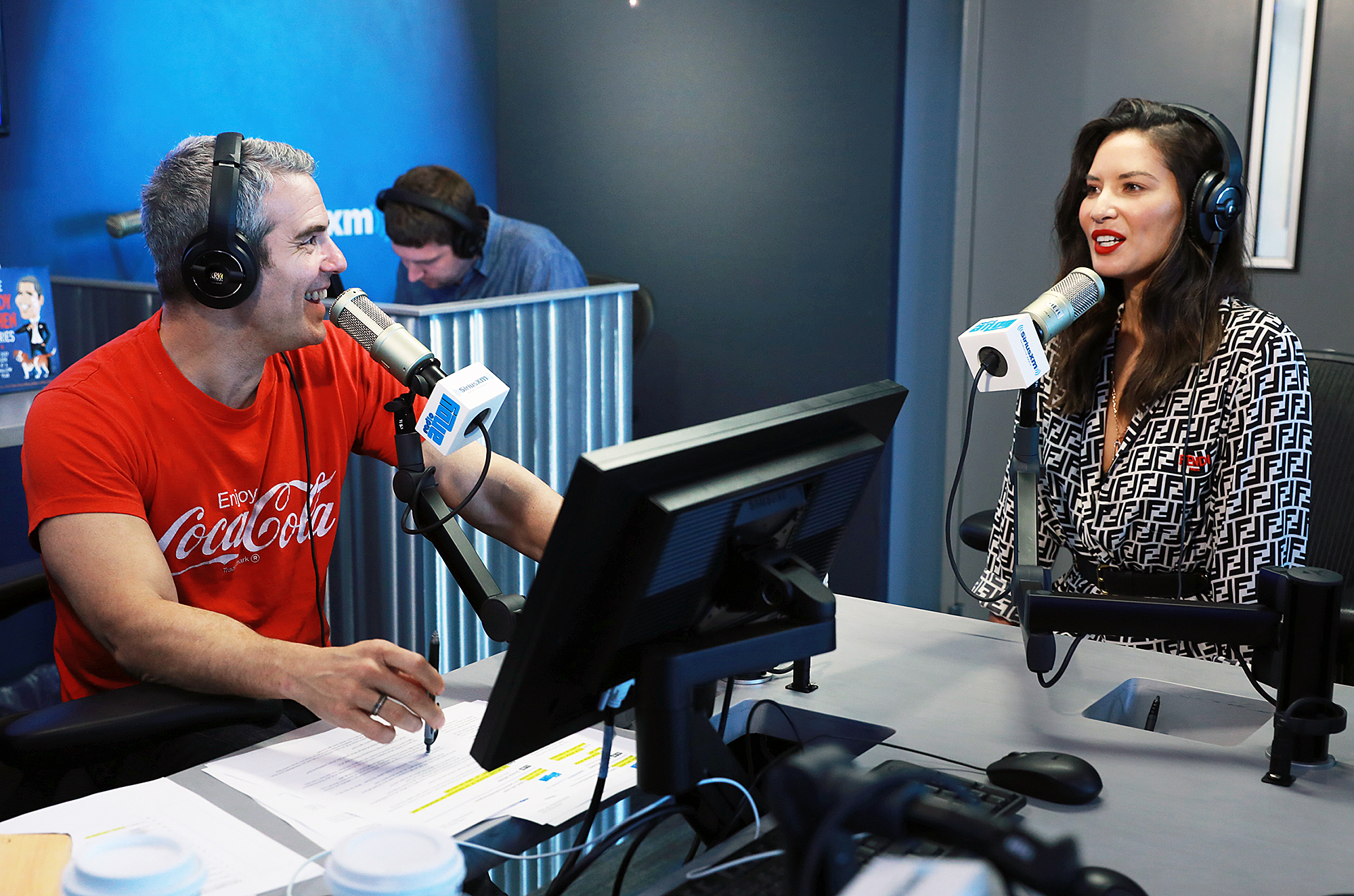 Munn and Rodgers, 34, split in April 2017 after three years of dating. A source previously told Us Weekly that the NFL quarterback’s rift with his family was partly due to his relationship with the Newsroom star. A second insider told Us that at the time of the split Rodgers still wasn’t speaking to his family.

Cohen asked Munn about the family drama, which made headlines after his brother Jordan appeared — and subsequently won — season 12 of The Bachelorette in 2016. The Green Bay Packers star was noticeably absent from Jordan’s hometown date with JoJo Fletcher, which included his parents, Edward and Darla, and oldest brother, Luke. 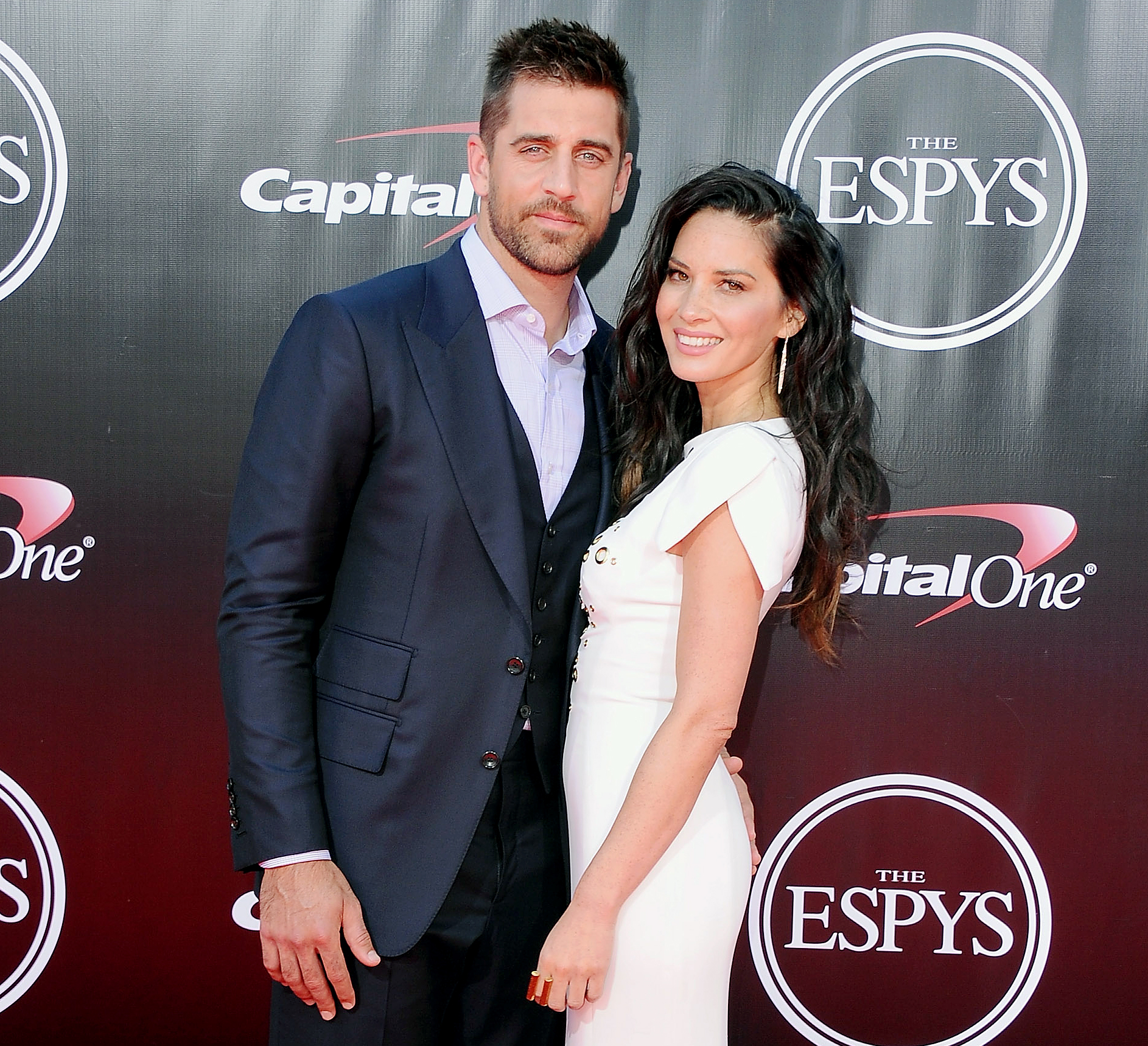 “I met one brother, the one who was on The Bachelorette, Jordan. I was friendly with Jordan,” she explained. “I met the parents only a couple times, and before he and I started dating, he hadn’t spoken to the parents and one brother for like eight months.”

“I remember my last day on The Newsroom … I spent the last day in my trailer, just encouraging him to have an honest conversation with your parents,” Munn continued. “And they had a nice conversation and they started coming out, my first year when I was in Green Bay in 2014 and then, um…”

Munn did not get into the specifics of what happened between her ex and his family, but implied that it had something to do with fame and football.

“I just think it’s really important to try to mend things in a family, and I encourage that … I do believe that family and fame and success can be really complicated if they’re dreams are connected to your success,” Munn said. “His father played football and is a sports chiropractor … They’re all in sports, and Aaron is one of the best, if not the best, quarterback to ever play the game. Their work has a direct connection to what he does.”

She continued: “At the end of their day there’s a lot of complications. I don’t think either side of the road is clean. But I do think it’s not OK when you try to stand on someone’s shoulders and then throw dirt in their face, which is what I think they did with him.”

Us exclusively confirmed in April that Munn moved on from Rodgers with Spanish actor Alex Gonzalez. The football pro, for his part, started dating Danica Patrick in January. The Office Christmas Party actress told Cohen that her and Rodgers are “not really” in touch since the split.