Home » Celebrities » Ones to watch 2022: From Rose Ayling-Ellis, HoYeon Jung and many more 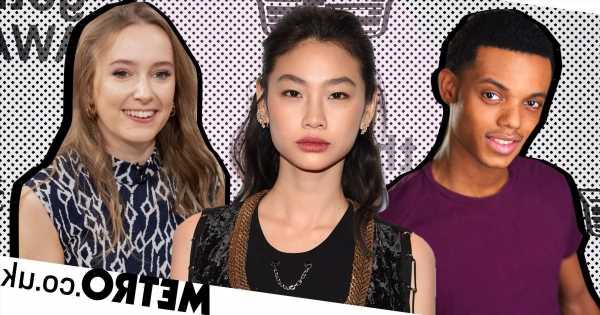 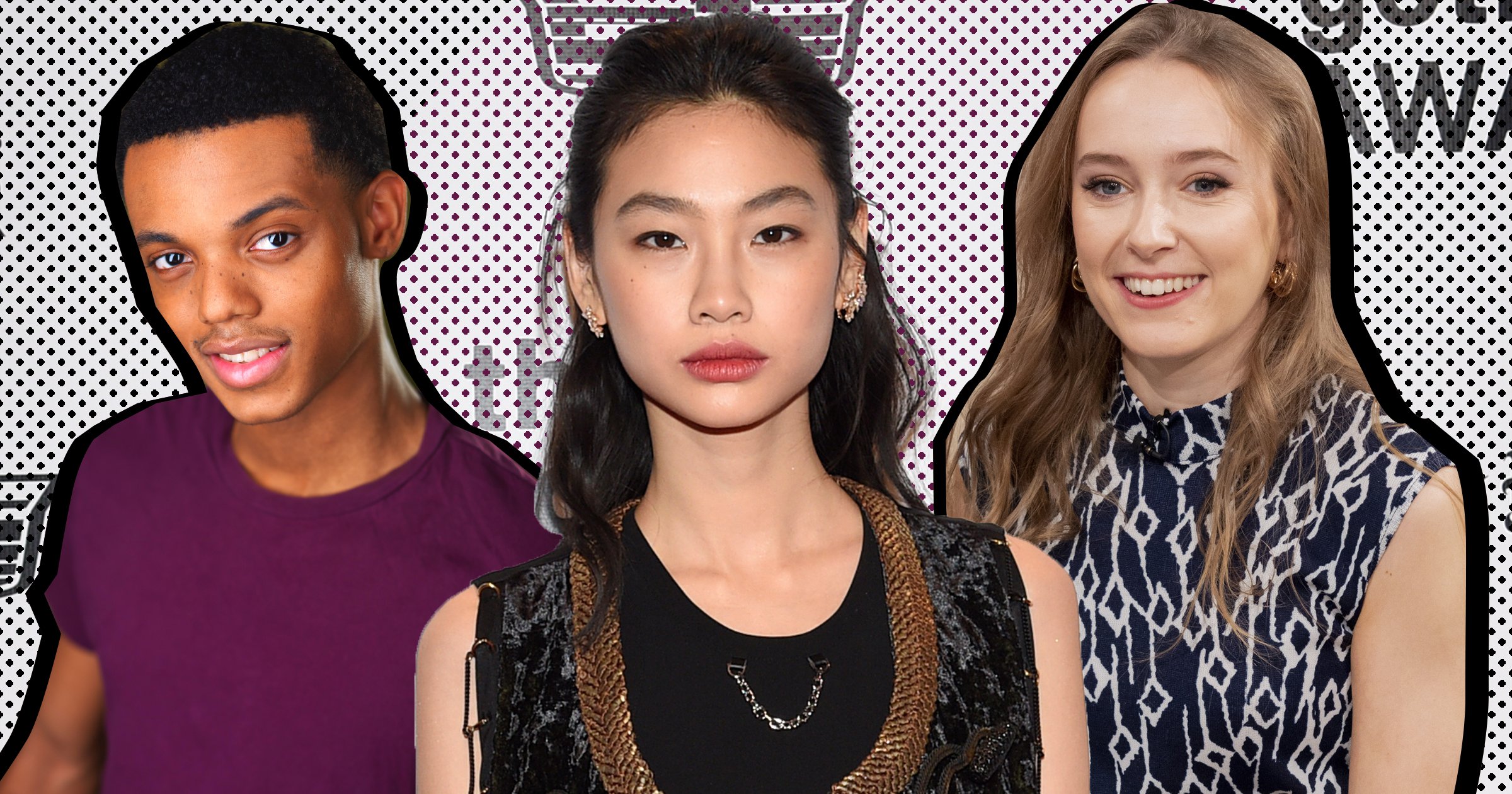 The past 12 months have blessed us with an array of talented stars from every entertainment sector, but as we enter another year, it’s time to look ahead at what the future will bring.

A number of new stars caught the world’s attention in 2021, such as Bridgerton’s Rege-Jean Page who set hearts aflutter on a grand scale as he played the dashing Duke of Hastings in the Netflix hit, and teenage YouTube star JoJo Siwa whose coming out inspired a generation of her younger fans to just be themselves.

And lest we forget newcomer Olivia Rodrigo, who utterly smashed the charts with her hits Drivers License and Good 4 U, resulting in seven Grammy nominations and being named Time’s entertainer of the year. An incredible 12 months for her.

Emerging talent continues to blossom annually and 2022 will be no different, with a few hot names on our list thanks to their early successes over recent months.

Who are the ones to watch, those rising stars who will have their biggest career highs yet and who will firmly be household names by the end of 2022? Read on.

Holly Humberstone was named the winner of the rising star award ahead of the 2022 Brit Awards, so she’s certainly at the top of the ones to watch list.

The 21-year-old Grantham-born singer, who describes her sound as ‘dark, wonky pop,’ started to see her star rise during the coronavirus pandemic, and her warm musical stylings have earned her comparisons to Lorde and Bon Iver.

The former violinist was spotted by a manager after performing on her local BBC Introducing radio show, and to her shock, led to an appearance at Glastonbury, where Lewis Capaldi fell in love with her music and invited her to join him on tour at the start of 2020.

Her latest recognition follows in the footsteps of other artists who have won the prize, including the likes of Adele, Celeste, Florence & The Machine, Ellie Goulding, and last year’s winner Griff, so big things are expected for this rising star.

Newcomer Jabari Banks, 23, will soon be telling the story about how his life ‘got flipped, turned upside down thanks to his upcoming role as Will Smith on Peacock’s Bel-Air.

The Hollywood superstar stunned the newcomer in September by announcing that his audition was successful and had been cast for the leading role on a video call.

And just like the original Fresh Prince, Jabari was also born and raised in West Philidelphia and can bust a move on the dancefloor as well as hold a tune. Coincidence? We think not.

The reboot is set in the modern-day and it has been described as a serialised one-hour ‘dramatic analogue’ to the half-hour sitcom of the original.

He hasn’t been that active on Instagram over the years, but this young, rising actor recently posted a first look of him in character and wrote: ‘2022’s gonna blow your mind!’ We have no doubt.

The upcoming series is Jabari’s first role, and is thought to be his only project so far, but we predict big things from this young actor. Watch this space.

We all remember Mimi Keene as the outspoken Cindy Beale Jr on the hit soap EastEnders back in 2013, a role that earned her nominations for best young performance and best young actor during that time.

But it was her notable character development on Netflix’s Sex Education that had everyone paying close attention to this young actress.

The third chapter of the teen drama made its debut in September this year and, while we were excited to see the return of Otis (Asa Butterfield) Eric (Ncuti Gatwa), and Maeve (Emma Mackey) we didn’t expect our attention to be completely stolen by Ruby Matthews, who put in a blinding performance in the latest series.

The 23-year-old actress gained over three million Instagram followers a week after the show premiered on the streaming service, and she currently has a whopping 4.3 million, so there’s a strong possibility we’ll be hearing her name more in the coming year.

Mimi, who trained at the Italia Conti Academy of Theatre Arts, has a handful of other roles under her belt so far, including a part in 2019’s biographical film Tolkien, which starred Nicholas Hoult and Lily Collins, with the Sex Education actress appearing as the young Edith Bratt, whose older self is portrayed by Lily.

But after her recent spate of success in Sex Education, we can’t wait to see what the near future brings for this bright young actress.

You might recognise HoYeon Jung as one of the female leads in Netflix’s mega-sensation Squid Game, but the 27-year-old actress originally started out as a freelance model.

She later kickstarted her runway debut after she appeared on the 2013 series of Korea’s Next Top Model, where she finished as a runner-up, and she hasn’t stopped since.

HoYeon has represented high-end brands such as Chanel Haute Couture, Burberry, Bottega Venetta, Fendi, and plenty of others.

And to top it off, she signed with Creative Artists Agency in November this year, a sign of major things to come in 2022, and in October she became a global ambassador for Louis Vuitton.

Despite already being a star in Korea, a certain series that followed desperate players competing for their survival boosted HoYeon’s following in a way she didn’t expect.

The star, who played Sae-byeok in the violent thriller, earned 18 million Instagram followers in just a week after its release, making her the most-followed South Korean actress on the social media platform.

Her character met a bloody end in the hit series, so we know that she won’t be returning for season two, however, she has revealed that she’s eager to test her skills with a role in a fantasy story or romantic drama, but she also stressed she isn’t quitting her fashion day job just yet.

Nella Rose is undeniably one of the most successful female media personalities around at the moment, and this year has been one to remember.

The influencer’s journey on YouTube started during her time at the University of Leicester, where her love for vlogging and content creation blossomed.

Her bright personality and effortless style have resulted in her being one of the biggest names in the British-Black Influencer industry, and an ambassador for clothing brands, Pretty Little Thing and Fashion Nova.

Her internet series Girl On Girl was a big hit, with episode one reaching 1million views on YouTube. She also teamed up with Netflix and launched her own show, where she debated the juiciest topics about her favourite Netflix shows with her friends.

The 24-year-old online star started her podcast alongside influencers Mariam Musa and Adeola Patronne on BBC Radio 1Xtra in 2021 after a string of videos surpassed 500,000 views on YouTube.

Oh, and she was also nominated for best media personality at this year’s Mobo awards, so safe to say we’ll be seeing her name popping up as she continues to make waves online and on the small screen.

Among Nella’s entrepreneurial endeavours, she launched a unisex streetwear brand called Faces London. In 2021 she shared a new collection that sold out in hours, so we expect business will be booming in 2022.

Sure, Austin Butler has been around on the acting scene for a few years, but 2022 is set to be his biggest year yet as he takes on the role of a lifetime – playing Elvis Presley in Baz Luhrmann’s long-awaited biopic.

Naturally, he progressed from to more adult roles before playing a fictional version of Tex Watson in Quentin Tarantino’s Once Upon a Time… In Hollywood, which starred Brad Pitt, Leonardo DiCaprio, and Margot Robbie.

But prepare to see Austin in a new light, as he’s set to take on Elvis, aka undisputed King of Rock and Roll in a new feature-length film, which will be released in June 2022.

For someone who beat the likes of Harry Styles, Aaron Taylor-Johnson, and Miles Teller to the part, we’d say that Austin deserves his place on the ones to watch list.

Musical biopics have been a great success for actors Jamie Foxx who gave a memorable performance as soul singer Ray Charles in the movies Ray, and who can forget Taron Egerton taking the lead in Rocketman, the musical drama based on British singer Elton John.

With stellar performances turning these actors into household names, 2022 is set to be a year to remember for Austin.

Over 10 million viewers tuned in to see Rose Ayling-Ellis making history on Strictly Come Dancing by becoming the first Deaf contestant to lift up the Glitterball trophy in December.

Many charities described Rose’s participation in the show as a ‘massive step forward’ for disability representation, and her inspiring Couple’s Choice routine which was dedicated to the deaf community even set tongues wagging overseas.

But what’s next for Rose?

While the actress has already made a name for herself due to her Strictly win and her role on hit soap EastEnders, TV bosses have already spoken about potential opportunities for her to lead her own drama.

An insider previously told The Sun: ‘Rose has already shattered so many stereotypes during her time on Strictly and execs will be keen to see that continue once the show has ended.’

If that wasn’t enough Rose has also been tipped for US stardom after her journey on the BBC dance show was reportedly a big hit with CBS viewers, and the platform happens to be the most-watched commercial broadcaster in America.

Lydia West rose to prominence in 2021 as she starred in the devastating Channel 4 drama It’s A Sin about the Aids crisis.

An incredible 18.2 million viewers tuned in to see the story of Ritchie Tozer (Olly Alexander), Jill Baxter (Lydia), and the friendship circle of the Pink Palace play out at the start of the year.

The main cast delivered a captivating performance in Russell T Davies’ groundbreaking miniseries, however, Lydia’s character Jill won all our hearts, so it was no surprise to us that she was named one of the 36 participants for the 2021 Bafta Breakthrough initiative.

And fans clearly can’t get enough of the London-born actress, as she has recently been at the centre of Doctor Who speculation, with many hoping to see her take the lead in the popular science fiction series.

In a recent interview with Radio Times, she addressed the rumours, but didn’t shut them down.

‘I mean, the fact I’ve been named as one of the favourites is quite special,’ she said.

‘So I mean, it would be an honour to be the Doctor. I’m glad people think I could do it.’