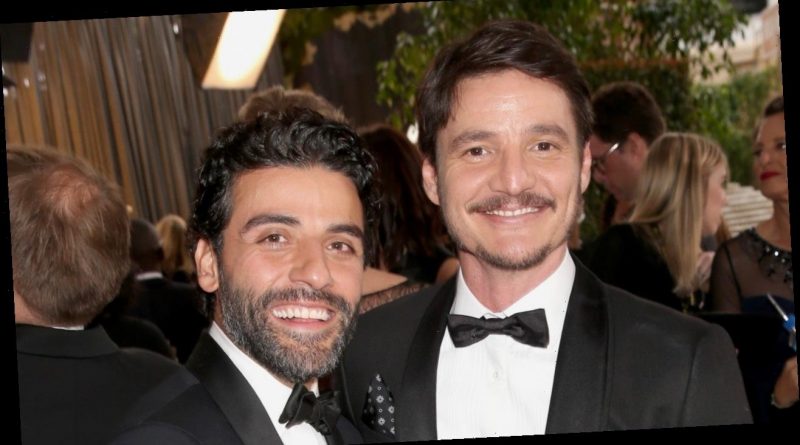 The Star Wars stars and longtime pals rang in the new year together — and took the best photo to prove it. Isaac’s wife, Elvira Lind, snapped the now-viral photo in which Pascal, 45, sits on Isaac’s lap as he takes a swig of his beer. With his long hair in a half-up ponytail, Isaac, 41, looks up at his friend.

Isaac portrayed pilot Poe Dameron in the latest Star Wars trilogy, while Pascal stars as the title character in the Disney+ series The Mandalorian.

Pascal also shared the photo in a slideshow that also included snaps with his nephews and Lind.

Isaac will next be seen in Dune and is reportedly in negotiations to lead the upcoming Moon Knight series. Pascal, on his end, was just seen in Wonder Woman 1984. ET spoke with the Chilean actor about taking on Gal Gadot’s Wonder Woman as the villainous Maxwell Lord and being part of some mega fandoms.

“My first introduction to some serious fans was Game of Thrones. I was doing a play in New York when the episodes that I was in were airing and I gradually started to get noticed in my regular routine, on the train, like, drinking my coffee,” Pascal recalled. Then there was 2019’s Star Wars Celebration. “I remember stepping out onto that stage and it was like being on the receiving end of a jet. It was just awash of cheers and I thought, ‘I could get used to this!'”

“I’ve been told about the DC fans,” he added. “And I can’t wait to get more of an impression once the movie comes out.”

Hear more of what he said in the video below.