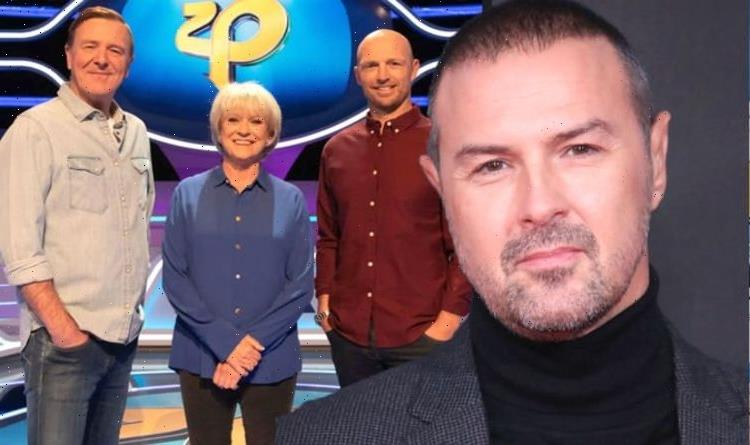 Paddy McGuinness was last month confirmed as the new presenter of A Question of Sport. It came after Sue Barker claimed that she’d been “removed” from the BBC show after 23 years.

I didn’t sit with my head in my hands saying, ‘Oh my God, what’s going on?’

In September, it was announced that the 65-year-old and co-stars Matt Dawson and Phil Tufnell would not be returning.

While Paddy, 48, will be joined in the latest series by fellow newcomers Sam Quek and Ugo Monye.

However, the news of the long-running trio’s departure was slammed by fans after it emerged.

“Sick and tired of all that’s good getting thrown out for the sake of diversity or age,” one Twitter user said at the time.

“Why change something that works? They are a great team! It’s so funny,” a second agreed.

The BBC later said: “We have received some complaints about upcoming changes to the line-up on A Question of Sport.

“… A Question of Sport has been airing on BBC One for 50 years, and its longevity is testament to the show’s ability to reinvent its format and change its line-up.”

Speaking in a new interview today, Paddy has bluntly said “it happens”, suggesting he “didn’t sit with his head in hus hands” when his ITV dating series Take Me Out was cancelled after a decade last year.

The father-of-three also detailed a “nervous” call with Sue after he was confirmed to be taking over.

When asked about the backlash, the Top Gear host stated: “It happens with a heritage show, doesn’t it? A change of the guard, and this was the time they were doing it.

“I did Take Me Out for ten years, and it came to an end. That’s TV.

“I didn’t sit with my head in my hands saying, ‘Oh my God, what’s going on?’ TV moves, all the time – you cannot take things too personally.”

He phoned Sue when he was offered the job, and she gave him some advice.

“She said, ‘How did you get this number?’ No, she was lovely. I was nervous, because she’s part of the TV landscape,” Paddy recalled.

When asked if he apologised to her, the star claimed “it wasn’t like that”.

He added to The Mail On Sunday: “She gave me tips, things like where to put the cards on the table.

“Sue has never used an autocue, so I was anxious – I’ve always used one.”

Insisting she didn’t quit, the presenter said at the time of her exit to the same publication: “I love the show so much they would have to remove me, it would have been tough for me to walk away.

“… “But I understand the BBC want to take the show in a new direction and I’m sad to say goodbye.”

Question Of Sport returns September 3 at 7.35pm on BBC One.