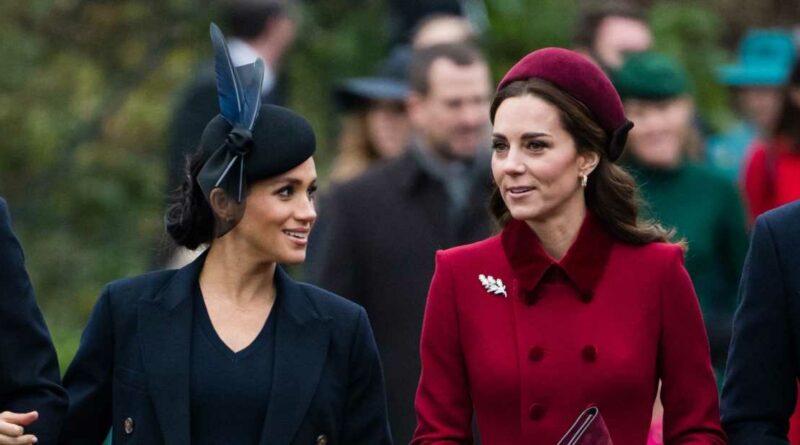 Meghan Markle and Kate Middleton are reportedly getting along better than they ever have, and now a source is out here telling Us Weekly that they might be collaborating on a Netflix project.

Sounds great, but Page Six reports claims that “sources close to the royal family have denied the report.” So…sounds like it’s not going to happen? Either way, very much here for Meghan and Kate being in touch after several years of drama/tension between their families.

As a source previously told Us Weekly, “Meghan and Kate are actually getting along really well and have been in touch more often. Meghan and Kate’s relationship was never that close. And now they’re closer than ever and working on their relationship for the sake of the family.”

Unfortunately, it looks like things are still pretty tense between Prince Harry and the royals due to the release of his upcoming memoir. Prince William and Prince Charles said to be “nervous” about the book, while a source recently told The Mirror that “There is a now tsunami of fear among the royals over what Harry will write. Many hope he may correct a few things but do not hold much hope.”

Details about Harry’s memoir remain under wraps, but just FYI that his personal statement about the book was completely drama-free: