Home » Celebrities » Paris Jackson sounds off on the dangers of boarding schools for troubled teens, plus more news 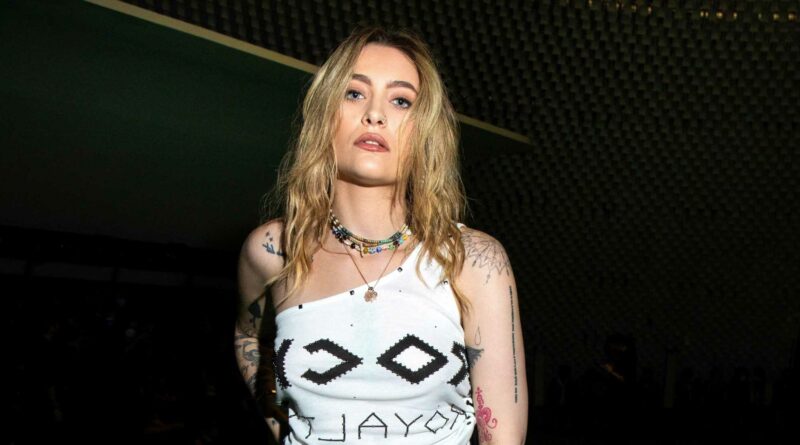 Michael Jackson’s daughter, Paris Jackson, wants to see “behavior modification” schools for troubled teens like the ones she and Paris Hilton attended take more care in how they medicate students. Like Hilton, who testified before Congress that she was abused at Utah’s Provo Canyon School in the ’90s, Jackson went to a Utah boarding school after struggling with issues like substance abuse as a teenager. Looking back on her time there in a new interview with LVR Magazine, Jackson says those schools can easily manipulate students and parents alike, including with their administration of meds, which she says are handed “out like candy.” Says the singer: “There are a lot of things at play in those schools. They can shut down and reopen under a different name to avoid lawsuits, and it depends on how state laws work,” Jackson explains. “If a kid decides to call their parents and say, ‘Please get me out of here,’ that center will likely hang up the phone and call the parents back to say ‘Don’t listen to them, they are manipulating you, doing everything they can to get out of here.’ Who are you going to listen to, a troubled teen or clinical professional?” Ultimately, she says parents should do careful research before selecting a school for their children — and psychiatrists should be more considerate of the effects psychiatric medication can have before giving them to troubled kids. “There should be a better vetting process: before you medicate — or something even more dangerous, like selling a gun — you should vet them,” she says. “It’s important in all kinds of situations. It could be as simple as a job, or as complicated as medicine or a weapon. Psychiatrists hand out addictive medication like candy without really vetting the patient. There is no harm in vetting.” The 23-year-old kicks off a solo tour in Paris this month and has now been sober for two years.

Suzanne Somers’ legs still look amazing at 75 — and so does her bank account, thanks largely to the years she spent hawking the iconic ’90s at-home exercise device, the ThighMaster. In fact, she estimated she’s made almost $300 million from the V-shaped strength builder, which she promoted on infomercials as being easy to use and effective. (“You just put it between your knees and squeeze,” she’d say in the ads.) “We stopped counting when we sold 10 million of them, but they continue to sell and sell,” the “Three’s Company” alum said on this week’s Hollywood Raw podcast. “It’s $19.95 x 10 million, so you kind of do the math,” she added. “We’re probably at 15 million [sold] now.” That alone puts gross sales around $299.5 million, and as Yahoo notes, some higher-level iterations of the ThighMaster retail for more. Though she said she was “poor” while growing up, she also admitted she’s gone through plenty of her income over the years, joking, “I spent a lot — you should see my clothes.” Suzanne also revealed she and her husband Alan Hamel now own “100 percent” of the ThighMaster business after buying out partners she said “got drunk on money when it all started selling” and “overspent to the point where they could no longer afford to be in their side of the business.” Whether it was the ThighMaster or some of the other products she now sells, like supplements, Suzanne said the most important thing about maintaining a successful business is to “have a passion about whatever” you’re doing. When it came to the ThighMaster, she recalled having bought an outlandishly expensive pair of shoes that showed off her shapely gams. “I wanted to keep my legs looking great, for those Manolo Blahnik shoes, so there was a weird passion there,” she said.

RELATED: Celebs showing off their beach bods at every age

Former “Dancing With the Stars” pro Maksim Chmerkovskiy says he’s still struggling after witnessing Russia’s invasion of Ukraine, where he was born. The TV personality was filming a dance show in Kyiv when Russia attacked on Feb. 24, and though he was able to flee to Poland and eventually get home to Los Angeles, he knows he was lucky, unlike so many who remain stuck in the now war-torn country. In his first interview since getting back to the U.S., Maksim reflected on what he saw — some of which he shared via social media — during an appearance on “Good Morning America” on March 4. “At the time of war, I realized you do what you can, right?” he said when asked about his posts. “This was not me trying to publicize the situation. This was me trying to cry for help.” He went on to describe the moment he really understood how bad things were. “It’s surreal to be honest. This is a country and the country’s on fire, so it was very difficult to process for me because we’re used to fly out, do some stuff, experience some things and always fly back. And here I am unable to fly home,” he said. Maksim, 42, was born in Ukraine but moved to the U.S. with his family in the ’90s and is now also an American citizen. That gives him an advantage, as does being recognizable from TV — as he was reminded while being arrested for breaking curfew amid the invasion, when one of the authorities knew who he was. “Yeah, I feel guilty. I feel bad. I feel shamed. I feel upset,” Maksim said. “I know for a fact that I’m going through something mentally. I get into these crying moments. I can’t control it. I cried on the way from the airport. I felt embarrassed the entire ride back because I was the only man on the train amongst all women and children,” he said. As for the arrest, he said he wasn’t in any real danger but he “felt like things got real” and he suddenly knew he didn’t “have all of the things needed to feel safe in this place at all.” Still, Maks said he struggles with the fact that he was able to get out of Warsaw by train. “After we took off, I realized that all the people that didn’t get in have to now sleep right there in that train station,” he continued. “It’s not heated. It’s just a giant building. It’s cold. I’m dying inside because this is still, you know, very emotional stuff for me. There’s kids everywhere, babies everywhere. It’s negative temperature.”

Within days of a court ruling that rendered Kim Kardashian legally single amid her split from Kanye West, the SKIMS creator dropped her married name from her social media handles on Instagram and Twitter. (Her Facebook profile was still “Kim Kardashian West” on March 4.) The change comes as Kim continues her romance with Pete Davidson, in spite of Kanye’s social media and music-based attacks on the two. On March 2, the rapper released a video for the song “Eazy” that featured a claymation Pete being kidnapped and buried alive by Kanye. The video dropped hours after Kim’s single status was granted. A number of celebrities have started to speak out in defense of Kim and Pete as ‘Ye’s attacks and rants have continued. “The difference between [Kanye] and the other dude who would get a restraining order on them is hundreds of millions of dollars,” said radio host DL Hughley in a recent interview with VladTV. “I think that I’ve watched too many times when things like that happened and a woman or somebody is not believed. And then things escalate,” said DL, who later branded Kanye’s behavior as “stalking” Kim. “You can think it’s cute. If it was my daughter, I’d do something about it,” DL added. “I don’t think it’s funny. I think that you can’t write a beat so good that you get to do these things.” That interview was posted prior to Kanye’s video release, which is also now facing backlash from fans on social media. Kim filed for divorce from Kanye in February 2021, citing “irreconcilable differences.” The former couple share four children.

After a difficult pregnancy with her son, Gene, now 2, and a rough experience with IVF, Amy Schumer says she and Chris Fischer are “just enjoying our little family” and she’s “focusing on that” instead of her initial hope of having more kids. The comic, 40, recently opened up about her experience becoming a mom to Chelsea Handler on the “Dear Chelsea” podcast. “I did IVF, we made embryos and I went through the IVF process, which is so hard. People do it so many times. I did it one time and I was like, I’m gonna die. This is awful,” she said. “I got like 31 eggs and I was like, I’m Fertile Myrtle. I felt very hot,” she quipped. “And then the drop off after fertilization, we only got one normal embryo and we tried and it didn’t work … and now I don’t have a uterus. So we’re gonna have just one child and we’re just enjoying our little family and I’m just focusing on that.” While she’s “excited” about what’s to come for the family of three, Amy admitted she “was sad” at first, noting that being unable to have a second child isn’t “really something you get sympathy for because it’s like, you already have one b****, shut up.” She added, “But you know, that’s a real struggle people go through.” What seems to be less of a struggle for the comic is the prospect that Gene could be diagnosed with autism, since Amy’s husband, Chris, 42, was diagnosed with autism spectrum disorder (ASD). “I think the statistics are pretty strong toward he will most likely have autism,” Amy said when asked about Gene. “Parents have different journeys with this. Having a child with severe autism is beyond my imagination difficult. But if Gene does wind up having ASD, I’m not looking for the signs in a way that are upsetting, I’m not hoping either way.” She added, “Most of my favorite people are on the spectrum,” something she’s said before of Chris, who was diagnosed as an adult. As she said in her 2019 Netflix special “Growing,” the things “that make it clear that he’s on the spectrum are all of the reasons I fell madly in love with him.” 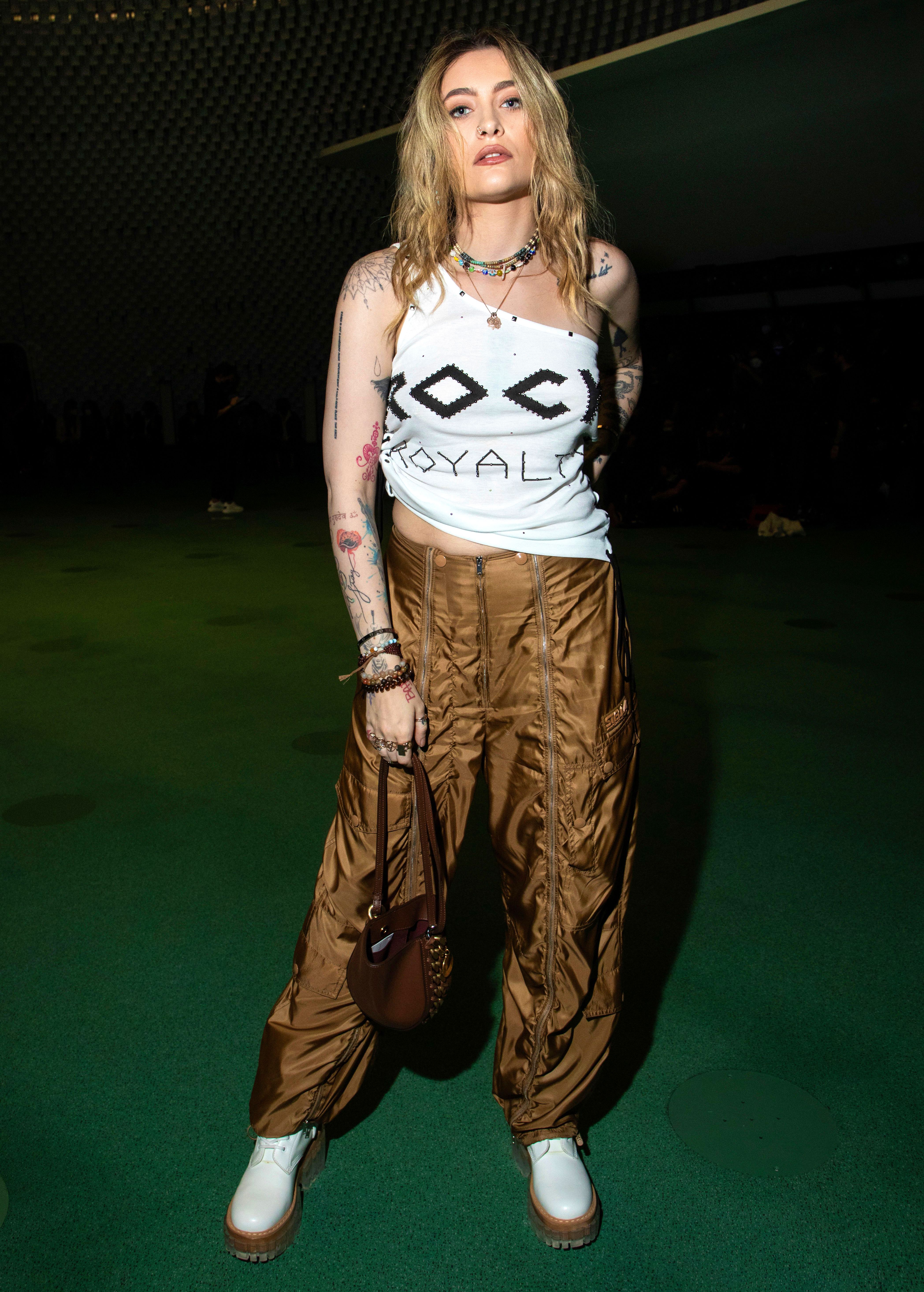 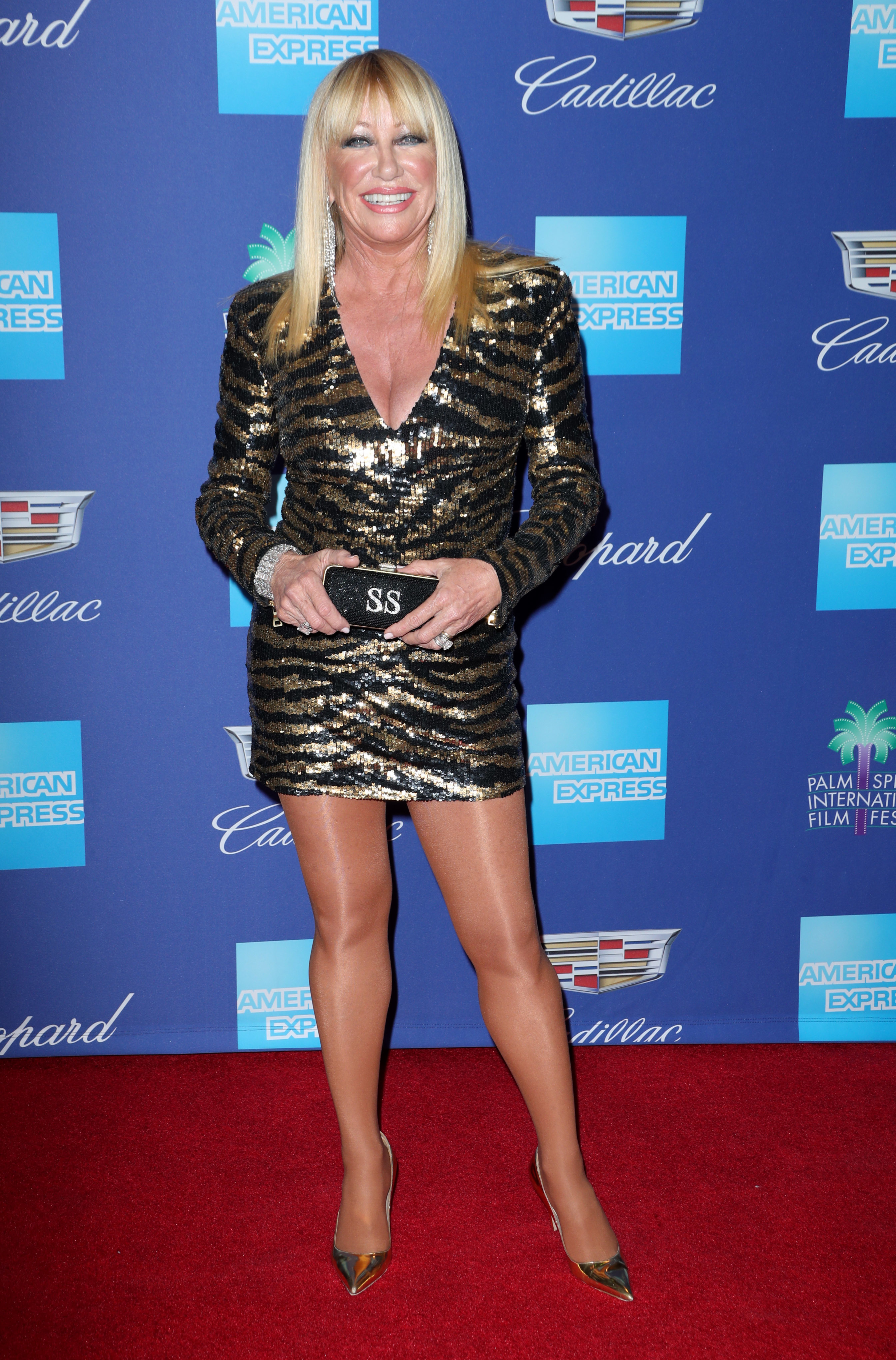 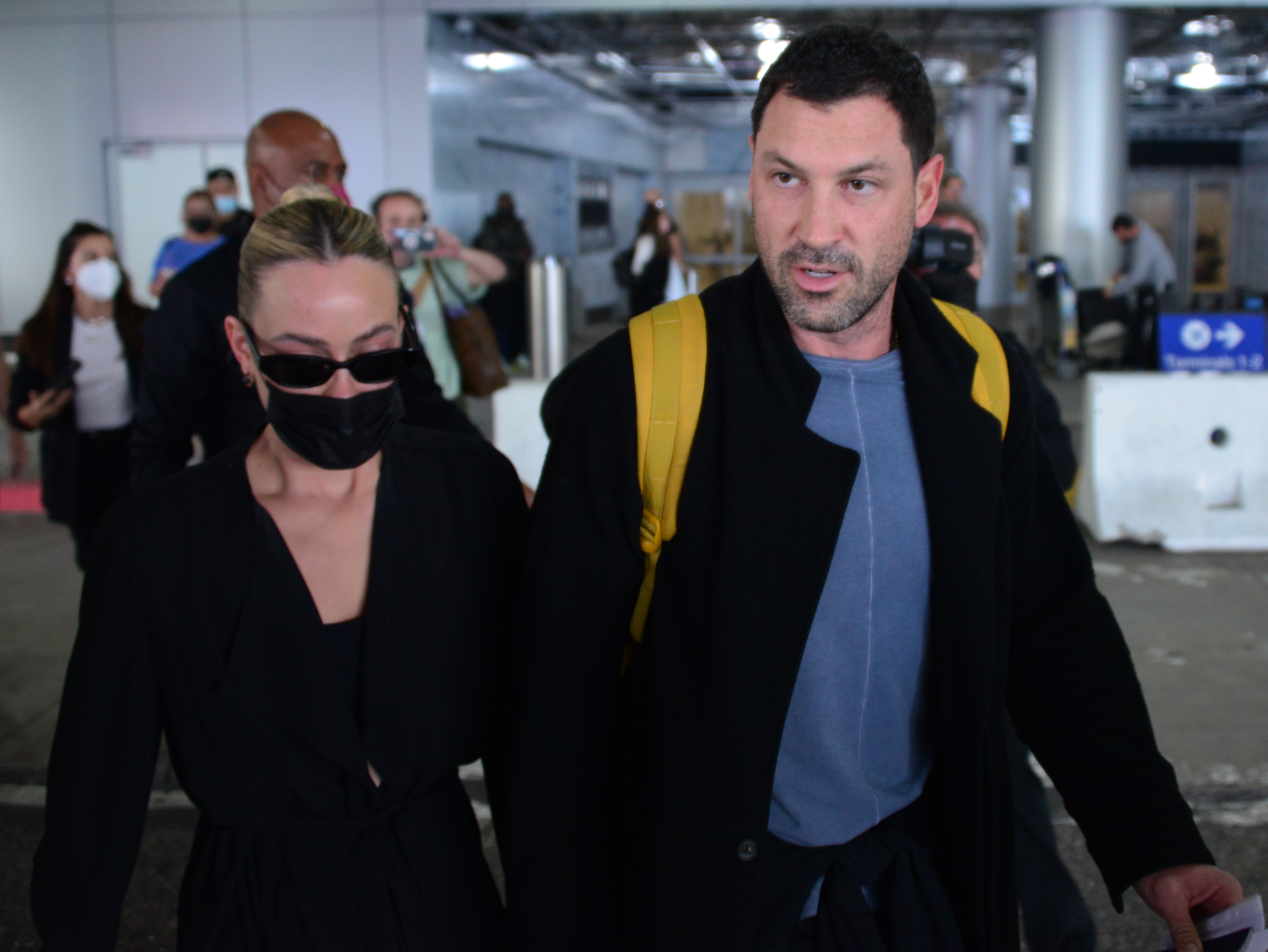 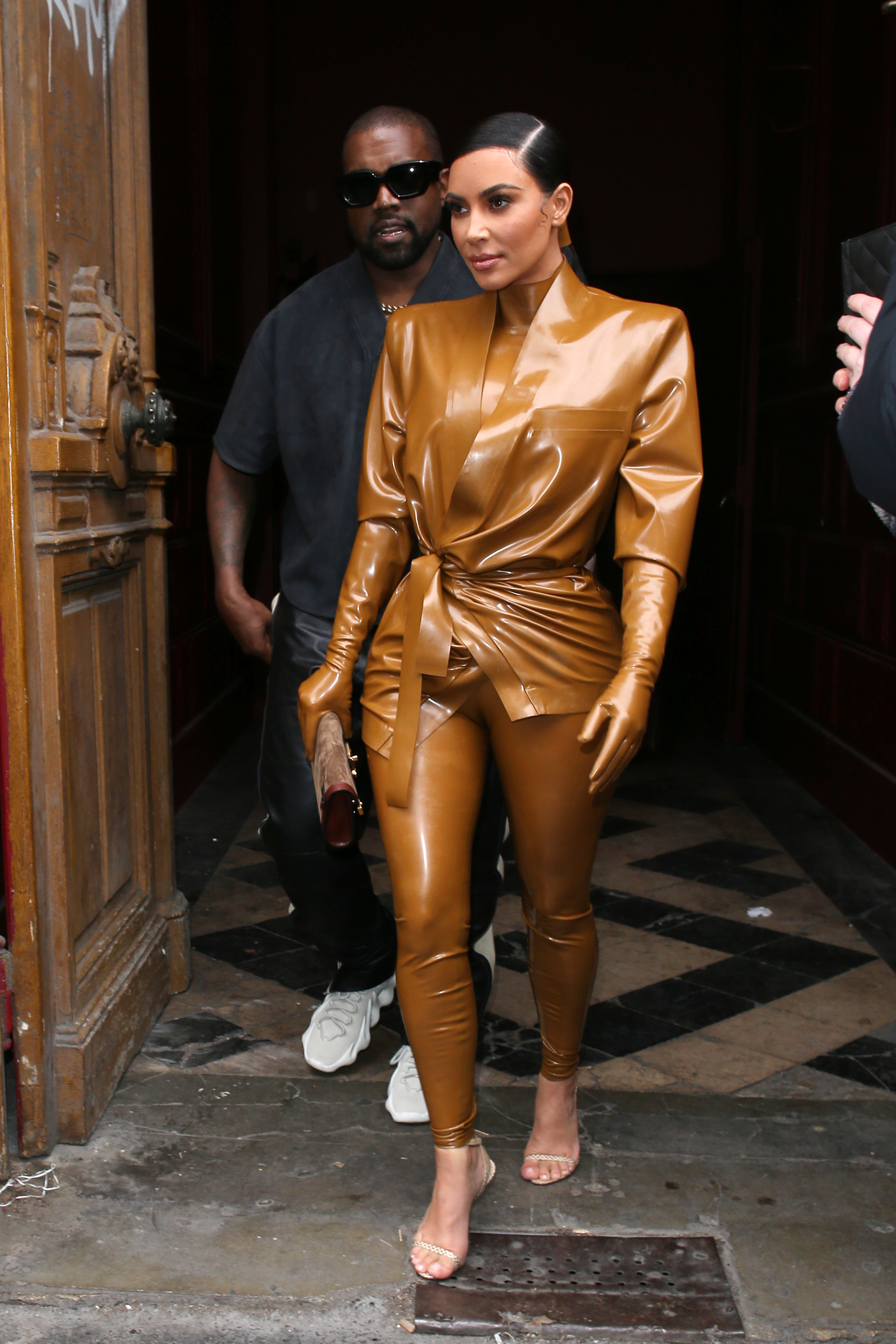 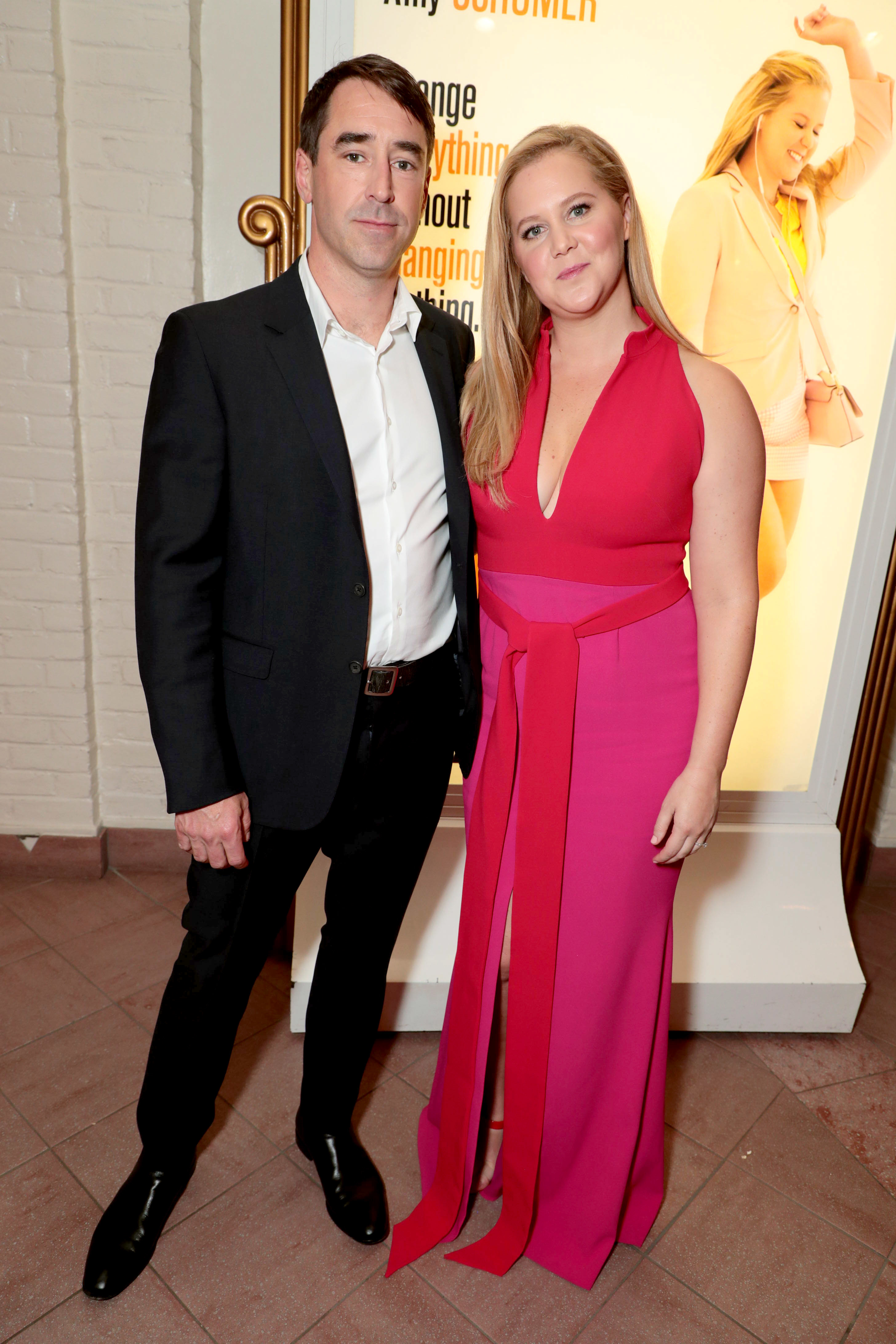