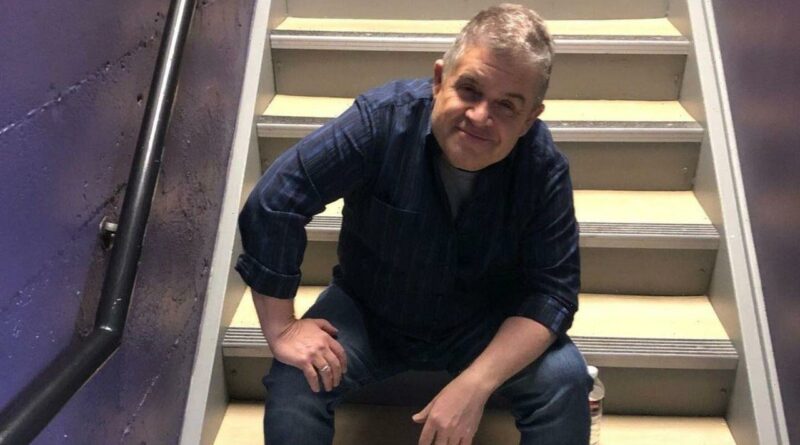 The ‘King of Queens’ actor explains in an interview what makes a ‘truly edgy comedian’ while criticizing fellow comics who makes a ‘conscious choice’ to play it safe.

AceShowbiz –Patton Oswalt has slammed “bad comedians” for playing it safe and wanting to “parrot back” what audiences want to hear. The 53-year-old star – who has appeared in the likes of “The King of Queens” and “Zoolander” in the past as well as lending his voices to “Ratatouille” – has criticized other comics who seem to want a blueprint for getting a reaction rather than trying to response to individual audiences.

“With all bad comedians – hacks don’t like variables, every crowd is its own thing and you’ve got to make it work. They’re the parallel with the kids in college who just studied for the test. ‘Tell me what I need it to know so I can parrot it back and get my A!’ ” he said on a recent podcast interview.

“They don’t wanna actually interpret what they’re learning, they’re not imaginative. So as comedians, you’re like, ‘I want a crowd where I know the eight things to say to get my eight applause breaks, and then I will sell my t-shirts and buttons.’ “

Patton insisted “truly edgy comedians” such as late legend Bill Hicks perform that way because it’s who they are, rather than making a “conscious choice.”

Elsewhere in the interview, the actor noted he has learned to embrace more downtime in his life and started reading more after realising he was focusing too much on his work. He explained, “I do a lot of reading! For a long time, I stopped because I got wrapped up in my brilliant f****** career. Now I’m like, ‘You need to enjoy other parts of your life besides your dumb career!’ “

And despite his hectic career, he’s able to fit everything in by making the most of the quiet moments. He added, “There are programmed downtimes in my world – if I’m on a plane, that’s a chuck of time… I’m a little spoiled because I have a small screening room in my house. That’s not a brag, the house came with it. So now, it’s hard for me to watch things on my iPad now.”