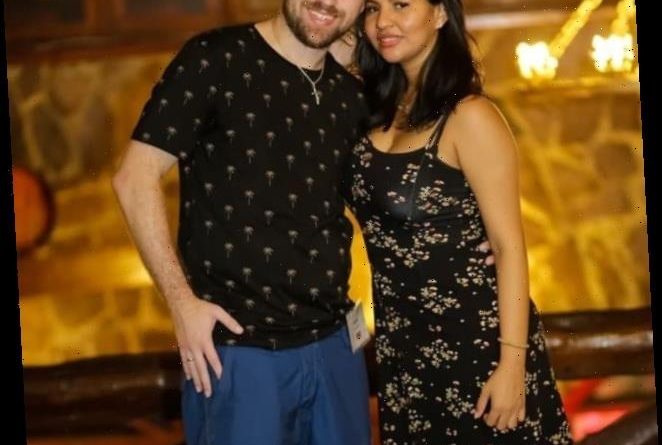 One of the grim realities of being any kind of content creator is that your work might be stolen.

90 Day Fiance stars who’ve signed up with OnlyFans have learned that for themselves.

This week, there was a new leak, including sex tapes — plural — of Paul Staehle and Karine Martins.

Now they’re taking legal action to stop these leaks, and they’re not alone.

Before we talk about the specific statements made by Paul Staehle and Ashley Martson, let’s talk about what happened.

This week, if you’re at all active on 90 Day Fiance social media, you are probably all too aware of the sex tapes.

Paul and Karine’s sex tapes leaked from OnlyFans and were circulated, exchanged peer to peer.

I did not personally watch — this was, after all, subscription content that people should pay for if they want to watch.

But fan chatter generally said that the sex seemed largely boring, as sex goes, with both stars accused of lacking enthusiasm.

Some viewers appraised Paul’s endowment as being generous, but others strongly disagreed. Standard dong discourse. (Dickcourse?)

But we have to emphasize that circulating a homemade video stolen from OnlyFans is not the same as pirating a Marvel movie or whatever.

When people do sex work, it’s a job — and in many cases, they rely upon every payment, which is why the paywall is up.

Paul knows that their video made the rounds online … and he’s working to hold the thief who leaked it accountable.

“It’s depressing,” Paul began on his Instagram Stories, “I had to find a lawyer.”

He wrote that he found an attorney “to help my wife and other 90 Day cast begin lawsuits and prosecutions of people sharing and leaking OnlyFans info.”

Paul went on to thank those who informed him and Karine of the leaks.

Among them were Larissa Lima, Stephanie Matto, and Deavan Clegg.

These fellow 90 Day Fiance stars are among those best known for their OnlyFans … and were also targeted by leakers.

Ashley Martson was asked to weigh in, and shared that she is also aware of the leaks … and already on it.

“I already have a takedown team,” Ashley shared.

“If you wanna see it so badly,” she demanded of leakers and fans who took advantage, “then pay for it.”

Obviously, copyrighted material is pirated all of the time.

In many cases, the damage to the copyright holder is minimal or even non-existent.

In some cases, like music, it can even drive profits for artists by increasing concert turnout (way more profitable for artists than anything on Spotify).

But that is not the case for sex work, where every dollar counts in many cases.

Despite being woefully underpaid just like all other 90 Day Fiance couples, Paul and Karine will probably be fine financially.

But this leak seems to indicate that the systemic devaluing of sex work has made some people forget the difference between paying for a product and stealing.

In the long run, sure, maybe this leaked video — or reports of it (probably way more people have heard of it than actually seen it) will drive up subscriptions.

But whether this turns into a happy accident and free advertising or not, someone stole from a bunch of people because they were famous.

Whatever any of us may think of Paul and Karine and what they are like as a couple … that just doesn’t sit well with us.