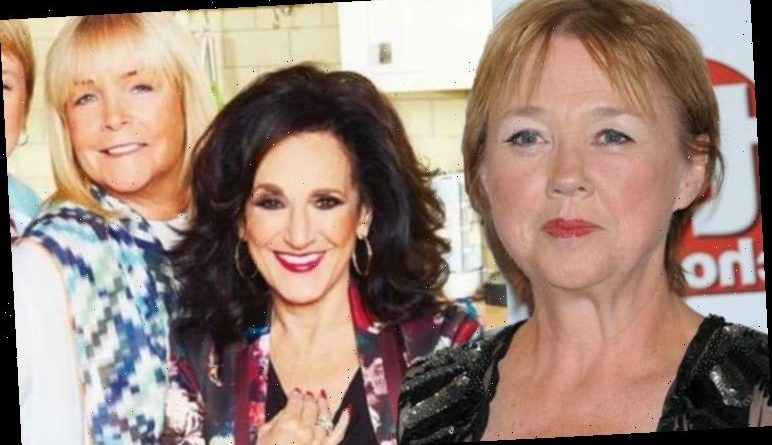 Birds of a Feather: Lesley Joseph says Quirke was 'missed'

Pauline Quirke, 61, was cropped out of a photo posted by Birds Of A Feather colleague Lesley Joseph, 75, of the show’s cast on Instagram. The picture uploaded by Lesley was altered to include just herself and Linda Robson, 62, as part of the promotion for their Christmas special, with Pauline noticeably cropped out.

Lesley, who plays Dorien Green on the sitcom, took to Instagram back in December to share a beaming snap with co-star Linda, who stars as Tracey Stubbs.

It is unclear who had cropped the original photograph, however, they had made a mistake by not entirely cutting out Pauline, as they had left a tiny bit of her face in the shot.

Lesley captioned the post: “CONFIRMED: Birds Of A Feather is returning this Christmas for a one-off episode starring Les Dennis as Dorian’s new fella.

She added: “But Pauline Quirke will NOT appear as she’s taking a step back from acting!” (sic). 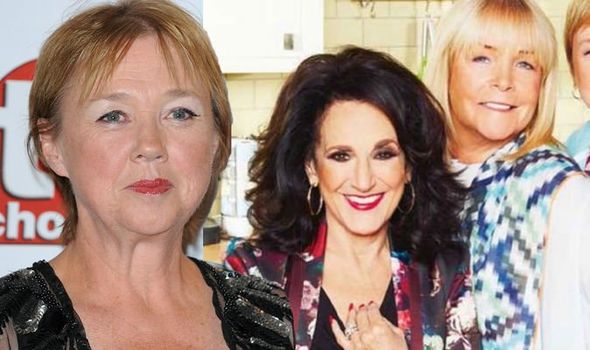 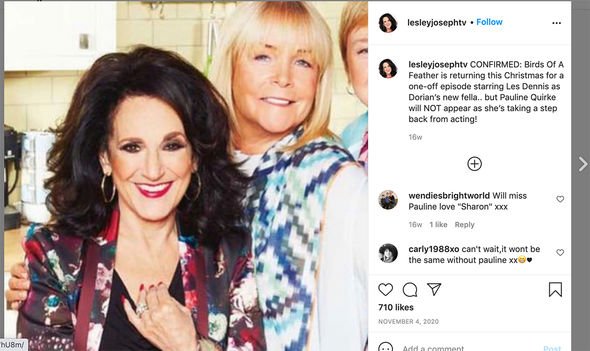 Lesley’s followers commented on the photo as they shared their sadness that Pauline, who plays Sharon Theodopolopodous, would not appear in the special.

“It won’t be right without Sharon,” another commented.

A third agreed: “Can’t wait, it won’t be the same without Pauline.” 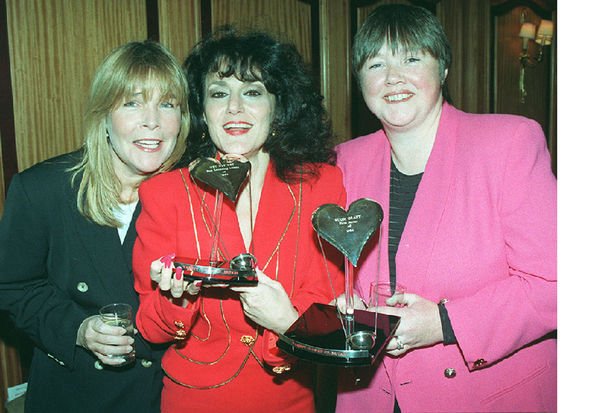 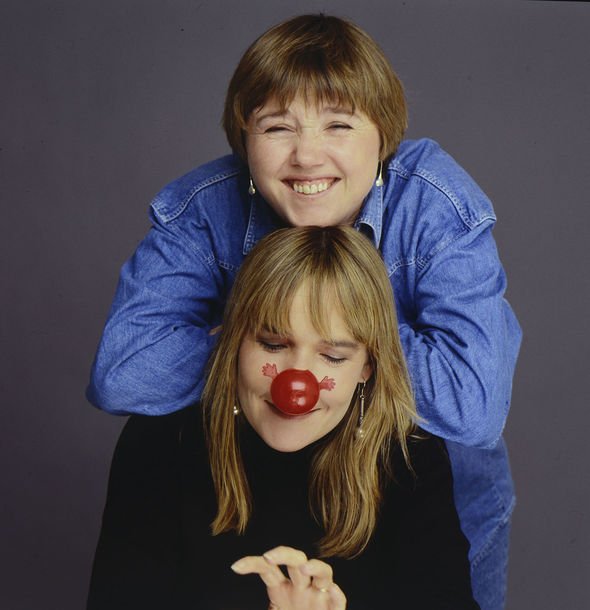 A representative for Lesley previously told Express.co.uk they had “no comment” over rumours of a feud between cast members.

The Express has also contacted reps for Pauline and Lesley for comment and is awaiting a response.

Both Lesley and Linda filmed the 2020 Christmas special without Pauline, as an ITV representative stated that she wanted to now focus on her performing arts academies.

They said: “Unfortunately, Pauline Quirke will not be taking part as she’s stepping back from acting to focus on her 200 nationwide performing arts academies.”

However, it has been reported by the Daily Mail that Pauline was “not approached” to be in the programme after tension on the set between her co-stars.

According to a source Linda and Pauline were once “very close” but things became “tense” in recent years.

They said: “Both Linda and Lesley were saddened that Pauline didn’t want to return to make a 30th-anniversary episode.

“Linda and Pauline used to be very close, less so Pauline and Lesley.

“It was very tense and difficult to navigate at times.

“The atmosphere on the set had previously become difficult, there were real and tense issues,” the insider added.