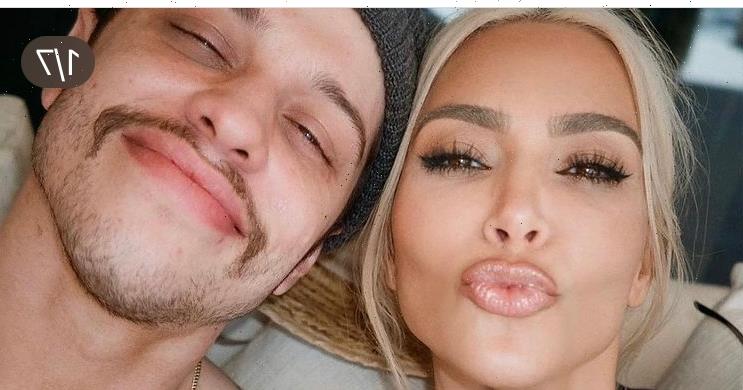 Jasmine and Aladdin forever — or at least as long as Kim Kardashian and Pete Davidson’s romance continues. Kim, 41, shared a sweet new batch of PDA-filled pics of the pair on Monday, July 11, and one of the close-ups shows off Pete’s latest tattoo-homage to the reality star. In very tiny black cursive ink between his shoulder and neck, the “Saturday Night Live” alum now has the names of the lovestruck couple they were playing on “SNL” last fall when they shared their first kiss. In addition to “Jasmine” and “Aladdin,” the tat appears to include an infinity sign, according to Page Six. The other photos in the set show the pair in various degrees of snuggle: In one shot, Kim leans back to stretch as Pete, 28, bends down over her; another shows the SKIMS creator propping her feet up against Pete’s tattoo-covered chest. “😜,” Kim captioned the post. Back in April, she admitted that first kiss in October 2021 when she was hosting “SNL” was pretty memorable to both her and Pete. “Actually, for Valentine’s Day, he got me the rug and the whole outfits and the little genie lamp [from the sketch],” she told Jimmy Kimmel at the time. “So I do own the rug.” Pete’s other Kim ink tributes include tattoos that read “my girl is a lawyer” and “KNSCP” (an acronym for Kim and her kids’ names), plus Kim’s name, which is branded on his chest.

Angelina Jolie, Shiloh Jolie-Pitt rock out at Maneskin show in Rome ahead of Brad Pitt’s arrival in the capital city

Angelina Jolie and her daughter, Shiloh Jolie-Pitt, 16, shared a rock ‘n roll girls’ night in Rome over the weekend, courtesy of the Italian glam rock band, Maneskin. Angelina’s been working on her upcoming film, “Without Blood,” in the Italian capital, while spending her down time with daughters Shiloh and Zahara Jolie-Pitt, 17, both of whom reportedly joined their mom for the trip. Though it’s not clear if any of Angelina’s other four kids traveled with her, their dad, Brad Pitt, was photographed arriving at the Rome airport on Monday, July 11, with a guitar slung over his back. It’s been nearly six years since Angelina filed for divorce from Brad, but the two are still mired in a custody battle and a legal fight over Chateau Miraval, the French winery they bought together in 2008.Despite the ongoing conflict, they’ve continued to share co-parenting duties, with both stars praising their children publicly often. Speaking to People in October, Angelina gushed of her “great” kids: ” … Because there’s so many of them, I think they’ve had a very significant effect on each other. It’s not like I’m the head of anything. I’m very honest with my kids. And I’m very human with my kids.”

RELATED: Elon Musk now a father of 10, plus more stars with lots of kids

As Johnny Depp continues promoting his new music with Jeff Beck — including a song on which he appears to take a nasty dig at Amber Heard — Amber’s former insurance provider has filed suit to avoid covering her legal fees and damages in Johnny’s defamation case against her, according to People. In June, a Virginia jury awarded Johnny more than $10 million in damages, having found her 2018 Washington Post op-ed about domestic abuse defamed him, despite his not being named in the piece. In Amber’s countersuit, the actress won one of her three claims and was awarded only $2 million in damages. Now, New York Marine and General Insurance Co. has filed suit on grounds it should not be liable to help cover Amber’s estimated $6 million in legal fees, People reported on Monday, July 11. The insurer also claims it shouldn’t be held responsible if Amber appeals, as her lawyer has said she will. New York Marine was reportedly covering Amber when the op-ed was published and when Johnny initially filed suit against her. But the provider says “willful acts” weren’t covered by its $1 million policy, and, according to legal docs excerpted by People, “The jury’s factual findings establish that Heard’s liability is caused by the willful act(s) of Heard.” New York Marine also reportedly points out Amber’s legal team changed at some point from the one they agreed to. The actress’ lawyer has previously said her client cannot afford to pay the $10 million-plus damages Johnny was awarded. As for Johnny’s new album, The Sunday Times reports his original tune, “Sad Motherf*****’ Parade,” features a lyric that appears to be about his legal battle with Amber. “If I had a dime, it wouldn’t reach your hand,” he sings. “… You’re sitting there like a dog with a seven-year itch … And I think you’ve said enough for one motherf*****’ night.”

For Jennifer Lopez, it took a “classic,” but terrifying panic attack to realize she had to make some major changes in her approach to self-care. “There was a time in my life where I used to sleep [three] to [five] hours a night,” Jen, 52, recalls in the latest edition of her On The JLo newsletter. “I’d be on set all day and in the studio all night and doing junkets and filming videos on the weekends. I was in my late 20s and I thought I was invincible. Until one day, I was sitting in a trailer, and all the work and the stress it brought with it, coupled with not enough sleep to recuperate mentally, caught up with me.” She goes on to describe how she “went from feeling totally normal” to suddenly feeling “completely frozen” in the early stages of the attack. “I had made my work such an all-consuming priority and let my own self-care needs go completely (even as simple as sleeping or taking ten minutes to just relax),” the singer writes. “I found myself feeling physically paralyzed, I couldn’t see clearly and then the physical symptoms I was having started to scare me and the fear compounded itself.” In hindsight, Jen says she finally understands “it was a classic panic attack brought on by exhaustion.” She quickly got a doctor, at which point she writes, “I could at least speak again and I was so terrified I thought I was losing my mind. I asked the doctor if I was going crazy.” He assured her that wasn’t the problem. “‘You need sleep … get 7 to 9 hours of sleep per night, don’t drink caffeine, and make sure you get your workouts in if you’re going to do this much work,'” he told her. Looking back, Jen says that’s when she “realized how serious the consequences could be of ignoring what my body and mind needed to be healthy — and that’s where my journey to wellness began.”

Natalie Portman sparked a frenzy when photos showing her suddenly musclebound arms surfaced online as she filmed “Thor: Love and Thunder,” which sees her character Jane Foster morph into the Mighty Thor. The five-foot-three star has since returned to something closer to her usual, petite physique, but the timing of the shoot couldn’t have been better. “I turned 40 while making the movie and it was an incredible point in my life to say, ‘You’re going to be the fittest, strongest version of yourself,'” she recently told The Sunday Times. Speaking to Women’s Health UK, Natalie marveled that after nine months of 2-hours-a-day training sessions with physical therapist Naomi Pendergast, her body did more than just add bulk. After nearly a year of working with extra-heavy weights, doing “much less cardio” than the star was used to, and consuming an apparently endless amount of protein shakes, Natalie said, “I felt the strongest I’ve ever felt, and the most physically balanced eve. Before, I was much weaker on my left side, but Naomi worked with me to strengthen those muscles.” Naomi was equally impressed with Natalie. “I never needed to motivate her, she never complained and, even though having to bulk up was hard for her, she took it as an opportunity to learn new ways to move her body,” the trainer said. 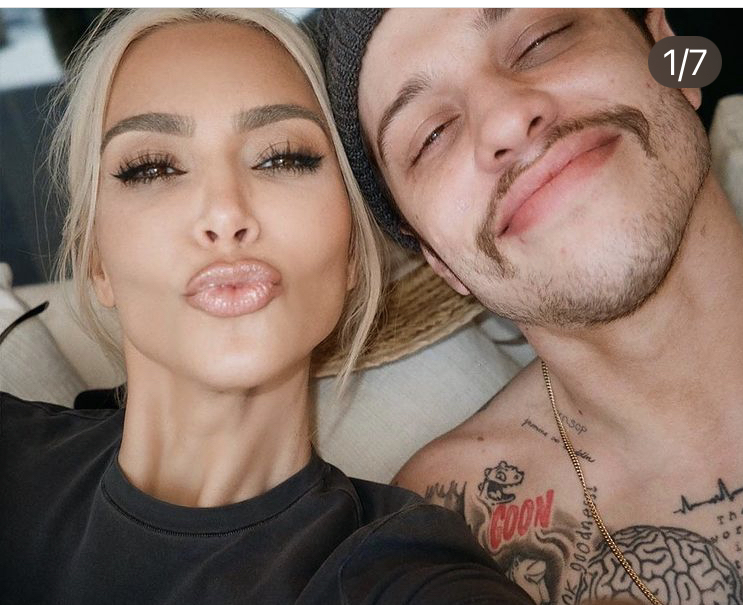 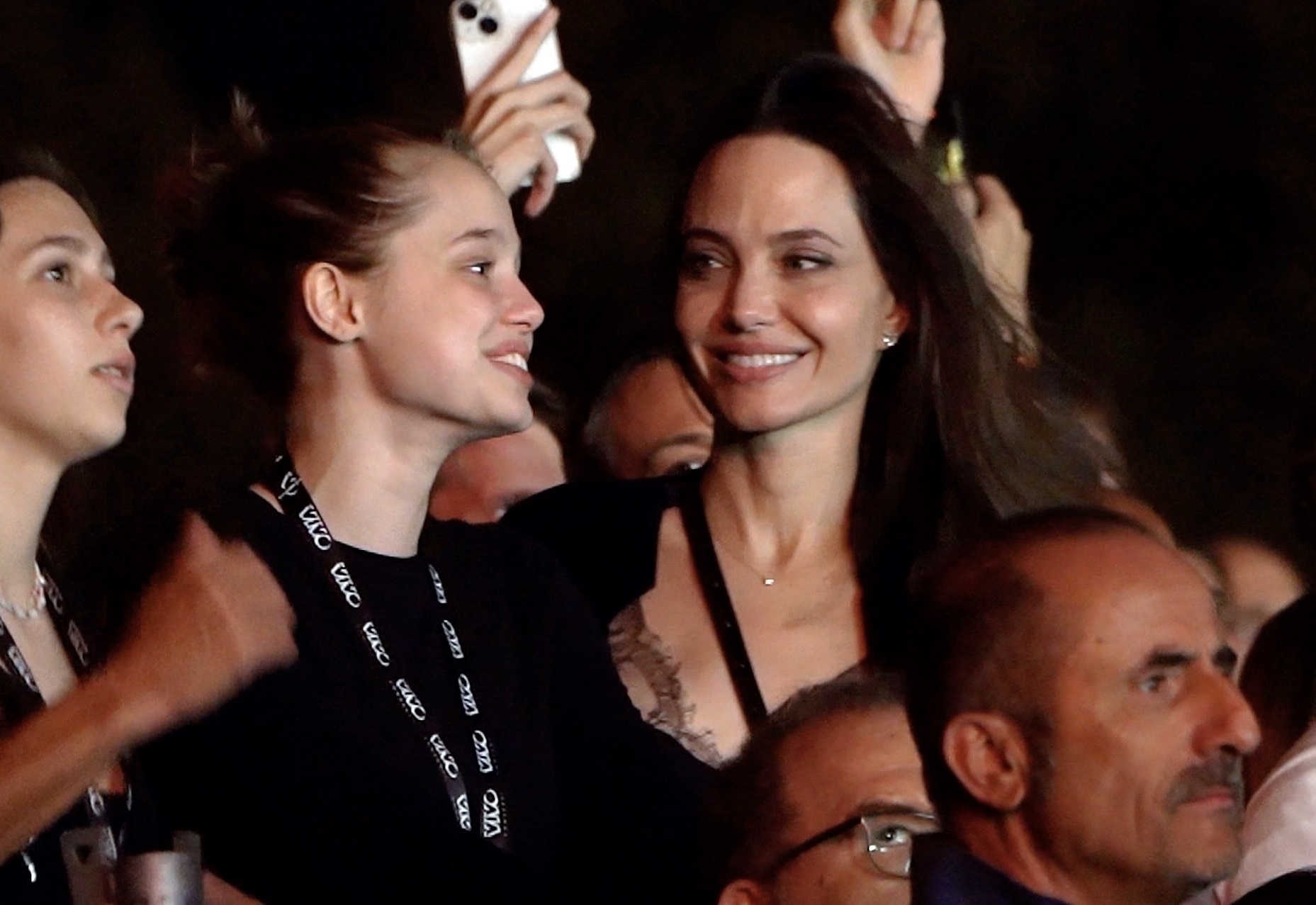 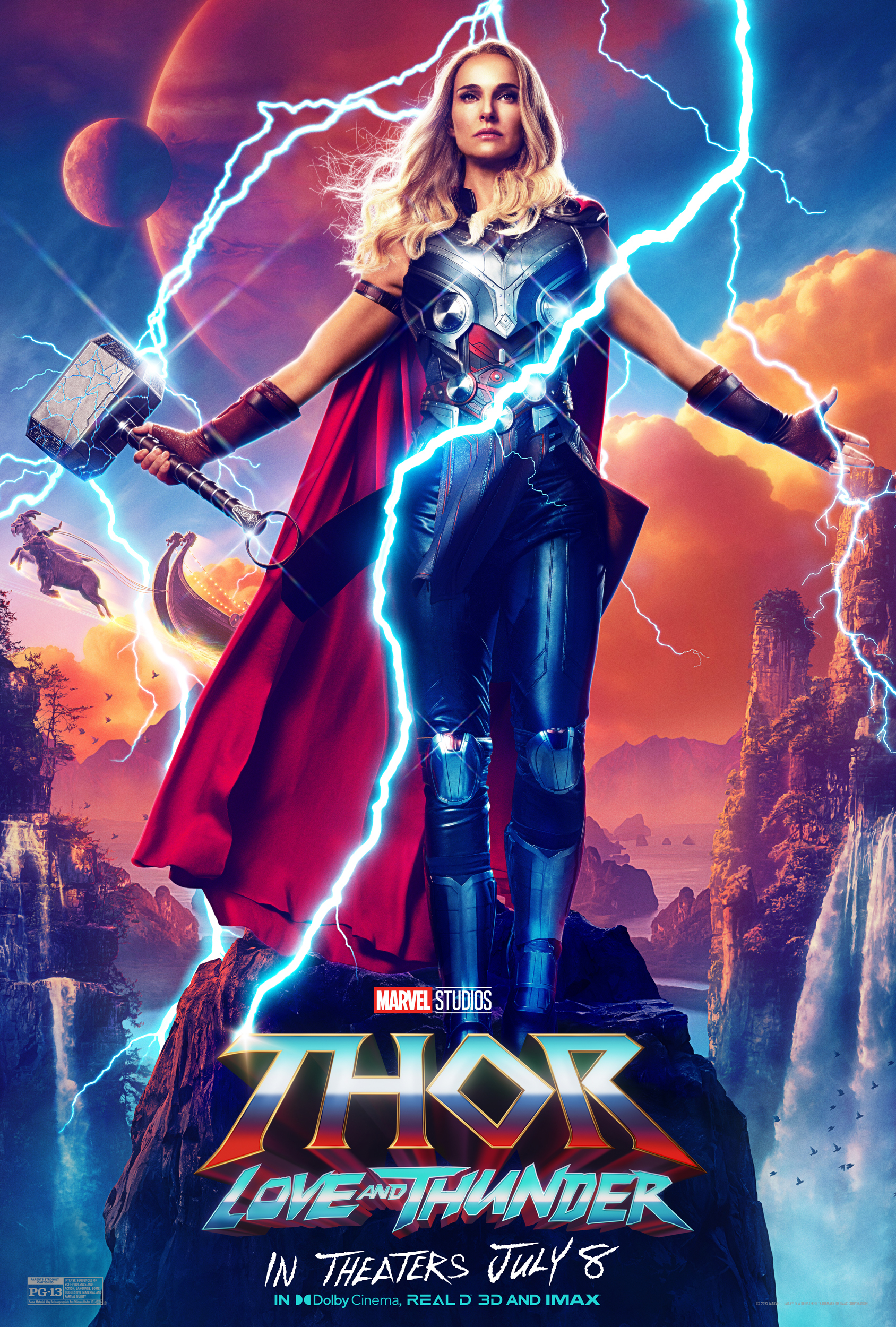