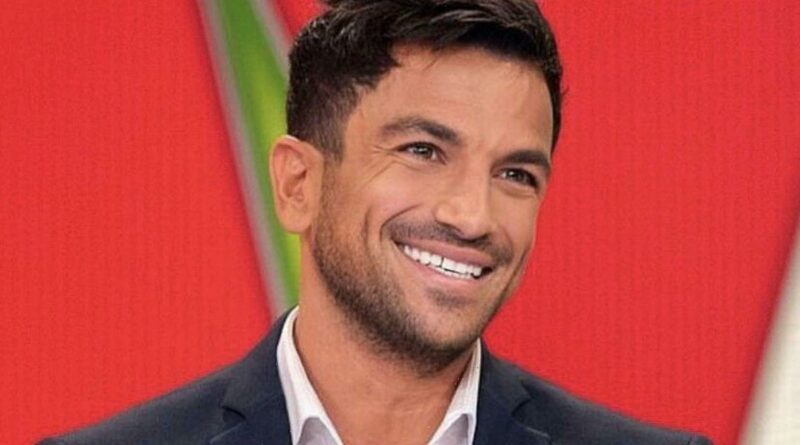 Peter Andre fans were stunned to discover that a major pop star was once the singer's backing dancer.

In a now-viral post shared to Twitter, the Mysterious Girl hitmaker, who has teased new music, can be seen posing with a slew of dancers – one of whom is FKA twigs.

The meme account Love Of Huns shared the throwback snaps of the 48 year old posing with the then-budding superstar – who was seen giving his son Junior, now 16, a sweet hug in another image.

"Obsessed with FKA twigs previously being Peter Andre's backup dancer and having piccies taken with Junior and Princess," the account wrote.

In the images, believed to have been taken at the Hull Freedom Fest in 2009, FKA twigs sports a sequinned bodysuit, fishnet tights and sparkly trainers.

Posing with a casually clad Peter and the rest of the matching dancers, the star, real name Tahliah Debrett Barnett, completed her look with quirky eye make-up and red lipstick.

In the image, another dancer can be seen holding onto Peter's daughter, Princess, who he shares with his ex, Katie Price.

Fans couldn't get over the images, with one person commenting: "This has broken my brain honestly."

Another wrote: "This is one of the funniest things I've ever seen."

A third added: "This is like something from a parallel universe," with another wrote: "Screaming".

FKA Twigs was a talented dancer before her rise to fame as a singer and songwriter, and starred in music videos for the likes of Kylie Minogue, Plan B, Ed Sheeran, Taio Cruz, and Wretch 32.

Jessie J also employed her as a backup dancer in her 2010 video for Do It Like a Dude, and again in 2011 for Price Tag.

FKA went on to forge a successful career in the music industry.

The Gloucestershire-born star, who loved to London as a teenager, attended the Brit School, which also counts Adele and Amy Winehouse among its famous alumni.

In 2015, she was nominated for Best British Breakthrough Act and Best British Female Solo Artist at the Brit Awards, after releasing her debut album LP1 to critical acclaim.

Her single Cellophane received a Grammy Award nomination for Best Music Video in 2020.

On the personal front, she has previously dated Twilight actor Robert Pattinson.

Meanwhile, Peter has teased a return to music and suggested a collaboration with former Love Island star Wes Nelson could be in the works.

He posted a series of photos alongside Wes, who found fame on Love Island in 2018 but later launched a music career, to his Instagram Stories on Monday night from what looked to be a music studio.