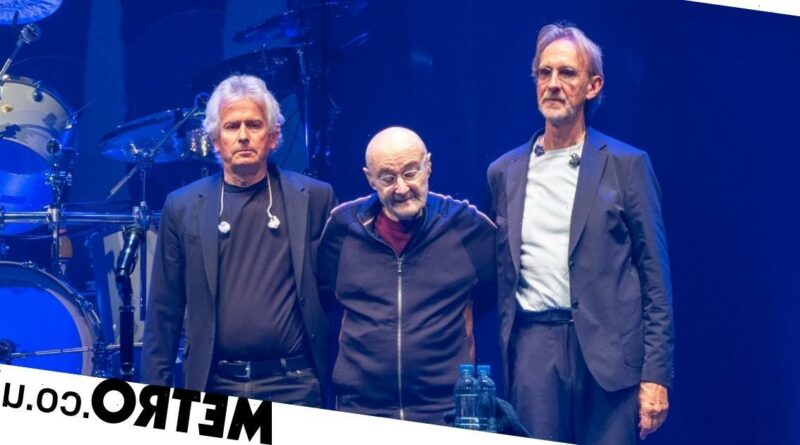 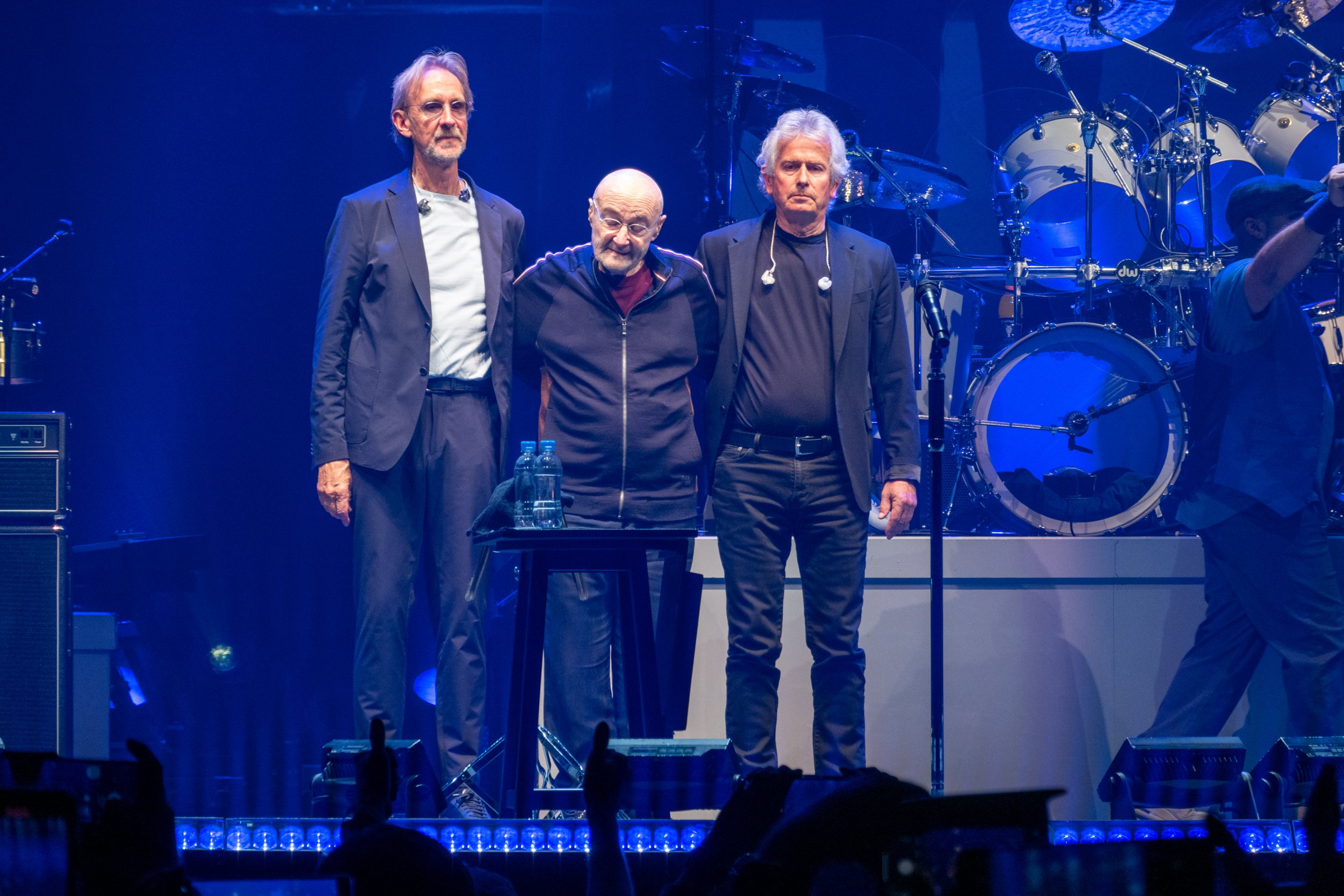 Phil Collins took one last stand beside his Genesis bandmates as they performed their final tour show.

The British rock band, also consisting of Mike Rutherford and Tony Banks, brought their The Last Domino? Tour to London’s O2 Arena on Saturday where they performed together for the last time.

Over the past few months, Collins, 71, trudged on with the shows like a true professional despite his ongoing health issues. He has performed each night sitting from a chair on stage and was unable to play the drums, but still rocked out with his vocals.

The In The Air Tonight hitmaker was in great spirits despite the emotional nature of the night, and at one point during the final performance in London, joked: ‘It’s the last stop of our tour, and it’s the last show for Genesis. After tonight we all have to get real jobs.’

He was later seen standing in the middle of Rutherford and Banks, soaking in the live audience for the final time, before bowing off stage with a walking stick while waving to fans.

The tour kicked off in Birmingham last October but were forced to postpone the dates soon after, due to members of the band testing positive for Covid.

In a statement, they said at the time: ‘This is a hugely frustrating development for the band who are devastated with this unlucky turn of events. They hate having to take these steps but the safety of the audience and touring crew has to take priority. They look forward to seeing you upon their return.’

However, they were able to resume the jaunt in November.

Collins previously confirmed that it was likely to be his last tour as he continues to battle health issues.

When asked about more dates in 2022, he responded to Mojo (via NME): ‘This English and American tour, that will be enough for me.’

However, keyboardist Tony was quoted as saying: ‘I think it depends a little bit how it goes. How Phil stands up to it all. How the audience receives it, and how we all feel about it, really.’

Phil’s son, Nic Collins, took over playing the drums for his father on the tour.

The group is known for hits such as Invisible Touch, I Can’t Dance and Land of Confusion.

The Last Domino? Tour was the band’s first time on the road since their Turn It On Again world tour in 2007.