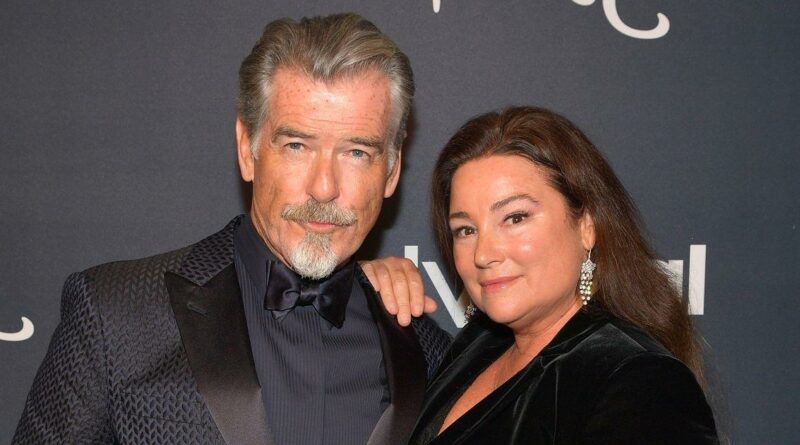 Pierce Brosnan had a brilliant reply to friends who offered his wife Keely Brosnan weight loss surgery, as he declared that he "loves every curve" on his partner.

The former James Bond actor, 69, who has always been vocal about his love for Keeley, 58, and leapt to her defence after a Facebook user posted snaps of the pair side by side with 30 years of difference where they're enjoying holidays on the beach in undisclosed locations.

A Facebook user tagged her partner in the post – which has now been deleted – and wrote in the caption: "this is us 100%", to which her husband replied: "we do not look that fat".

Express.co.uk reports that Pierce hit back with an epic response, in which he also revealed that a friend had once offered Keely weight loss surgery.

Pierce said: "Friends offered her surgery to reduce her weight. But I strongly love every curve of her body."

He then added: "She is the most beautiful woman in my eyes. And also because she had our five children.

"In the past, I truly loved her for her person, not only for her beauty, and now I’m loving her even more that she is my children’s mother." "And I am very proud of her, and I always seek to be worthy of her love," he concluded.

Pierce and Keely have been married for 21 years – together for seven before their wedding – and they share two children together, sons Dylan, 25, and Paris, 21.

The actor is also father to a son, Sean, who he shared with former wife Cassandra who died from ovarian cancer, aged 43, in December 1991. He credited Keely for helping him heal following the death of his ex-wife, who he called 'Cassie', as he said: "Keely has always been kind and compassionate and encouraged me to mourn Cassie. "I think of her all the time. I suppose Keely is my North Star, always looking out for me."

Keely is clearly the apple of her husband's eye, as he often gushes about his love for her, previously having told the Independent: "I love her vitality, her passion. She has this strength that I wouldn't be able to live without. When Keely looks at me, I go weak."

The doting husband has also said: "I found a great woman in Keely. Not if I searched a million times over would I find one as good."