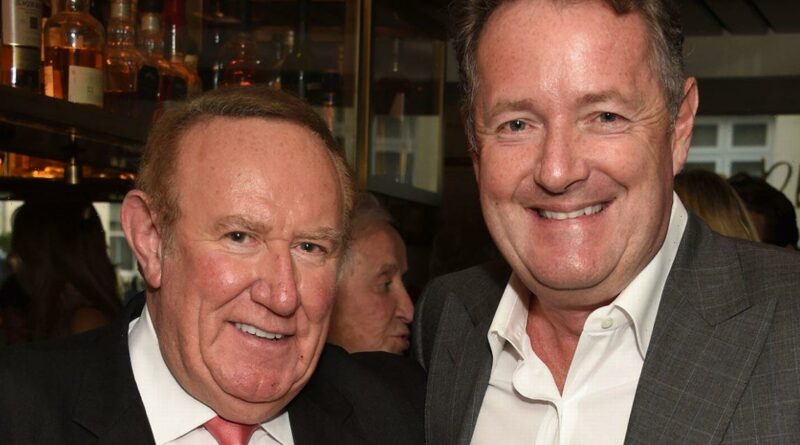 Piers Morgan will not be taking part in GB News' launch on Sunday – because they can't afford him.

While GB News chairman Andrew Neil has been openly courting the former GMB host, he confirmed on This Morning on Wednesday that Piers would have no part in the new network's launch this Sunday.

Speaking candidly, Andrew said the issue was that ITV "pay [Piers] too much". Piers still presents Life Stories for ITV, despite his resignation from GMB.

But, he added: "No, Piers is not amongst the launch, we’ll still discussing Piers."

And he said: “The problem is, I hope your bosses are watching in, this network is paying him far too much to do nothing, so he doesn’t have to make up his mind!"

Piers, 58, was thought to be paid around £3million a year by ITV to host Good Morning Britain.

Andrew previously told RadioTimes that he had been having "conversations" with Piers, but not about the breakfast show.

Former Mirror editor Piers is thought to have had his fill of early mornings.

Andrew told the publication: "All my indications are that Piers doesn’t want another breakfast show. But I think if he does any more British news TV it’s more likely to be with us than with anybody else."

As for Pier's wife Celia Walden, she is hoping he soon finds another role, whatever the pay packet.

She told The Sun at the weekend: "Piers is… usually very quiet at home because he’s exhausted himself on whatever interview he’s been doing.

“This is the only reason I am sad about him leaving GMB — well, that and the fact I wake up and there he is, staring back at me morning after morning.

“Unfortunately he’s got all his energy back now. Please, someone, just give him a job!"